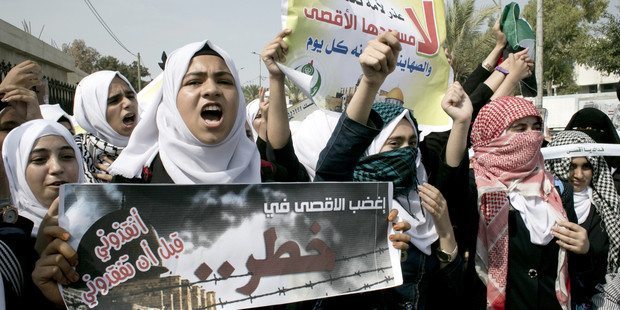 I’m pretty sure most, and probably all, of my friends in New Zealand would say that peace is something to aspire to. And if they turned their minds to it at all, they would probably say that they want peace between Israel and the Palestinians. I certainly want that. I am sure most New Zealanders would want that. And to me, every other Jewish person I know, and every other non-Jewish person I have talked to about this, that peace comes in the form of Israel and a Palestinian state, co-existing peacefully side-by-side.  The so-called two state solution.

In the last couple of weeks, there have been scores of barbaric attacks on Jews in Israel.  These come in the form of knives, vegetable peelers, screwdrivers, firebombs, cars, and stones. My Facebook newsfeed is flooded with the images, reports and footage, and it devastates and disgusts me. As I write, I have just seen footage of a Rabbi being mowed down by a car, and then hacked to death with a meat cleaver. The attacks target civilians going about their daily lives, not just in the West Bank, but all over Israel, for no other reason than that they are Jewish.

As if that is not distressing enough, these attacks (if they are not completely ignored by the media and leaders), are justified on the basis of Palestinians being frustrated by the lack of progress towards peace. All they want is the “occupation” of the West Bank to end, and then apparently they will be appeased.  The evidence would suggest otherwise.

If they really want peace, they might ask their leader, Mahmoud Abbas (soon to be in his 11th year of a 4 year term), why he rejected an unprecedented offer in 2008 for a viable independent state by the then Israeli PM, and didn’t even come back with a counter-offer.  And why at the end of last month he announced in his speech at the UN that the Palestinians are no longer bound by the Oslo Accords.

If they really want peace, would their leaders, teachers, imams and other influencers indoctrinate them in an ideology of hate, tell lies to incite them and declare that murdering Jews is the honourable and courageous thing to do?

If they really want peace, why celebrate and reward as heroes the attackers and their families?

And if they really want peace, why does the Hamas charter still state that its aim is to destroy Israel and Jews? Why does Hamas still (even in the last week) send rockets over from Gaza? Gaza has not one Jew or settlement.

These things cannot be justified. They do not suggest to me that such people want peace, and to live side-by-side with Israel.  They want Jews gone, and by gone (since Israeli Jews have nowhere else to go anyway) I mean dead. There won’t be peace until these people accept that Israel is here to stay and the Jews aren’t going to disappear.

These things are not the hallmarks of a “resistance movement” or a “liberation movement”. They fit squarely within any broadly accepted definition of terrorism. Just this week, NZ Ambassador to the UN Carolyn Schwalger spoke on behalf of New Zealand, Canada and Australia, about those countries’ “dedication to the advancement of international counter-terrorism efforts which requires us to address both the immediate threats facing us, as well as the conditions conducive to the spread of violent extremism and terrorism”.

Schwalger noted that the tenth anniversary of UN Security Council resolution 1624 has recently passed, which addresses the threat posed by incitement to commit terrorist acts. Arguably, nowhere is the causal link between incitement and terrorism more obvious right now than in relation to the Israeli situation.

And yet, in the recent outbreak of violence against Jews, UN Secretary General Ban Ki-Moon  has made no mention of terrorism, or Israeli victims, or incitement. Instead, he condemned the killing of Palestinians as a result of these attacks, without mention of Israeli victims. Ban said the “escalation of violent incidents underscores the need for urgent action by both sides,” and then said he “looks to the Government of Israel to conduct a prompt and transparent investigation into the incidents, including whether the use of force was proportional.”

Even if we are to accept that there is a question to be answered about Israel’s means of neutralising attackers (noting that, at the time of writing, 14 persons alleged by Israel to be attackers have been killed, and many more have not), isn’t that statement lopsided? Shouldn’t we also expect the condemnation of brutal attacks on Jewish civilians, and shouldn’t we expect that statement to be made upfront and unequivocally? The silence is deafening.

The UN’s first stated purpose in its charter is to “maintain international peace and security”. Can anyone honestly say that it is achieving this purpose, or even genuinely attempting to do so? NZ’s former Permanent Representative to the UN,  Sir Jim McLay said this week, that NZ’s view is that the UN Security Council has abdicated its responsibility in helping Israel and the Palestinians solve the conflict.

I long ago lost faith in the UN to maintain international peace and security, and more precisely to help Israel and the Palestinians reach peace. I believe that it has become part of the problem, not the solution.

That is not to say that I have lost all hope for peace.

You don’t hear much about it, but in Israel most Arabs and Jews co-exist peaceably, respectfully and amicably. They live and work side by side. A few days ago, an Israeli Arab doctor at Hadassah Hospital in Jerusalem saved the life of a 13 year old Jewish boy who was stabbed while riding his bike. That same hospital treats and saves the lives of the attackers, as well as the victims.

You also don’t hear much about it, but there are good, peaceful Arabs and Muslims who are truly committed to peace with Israel, and who condemn their leaders and the violence of their people and expect better of them. I had the privilege to meet one of them, Bassem Eid, when he came to New Zealand recently. Tragically, their voices are drowned out by those who justify and defend these attacks. Shamefully, their job is made much harder by those, chief amongst them the UN, who fail to condemn the perpetrators of these attacks, and who draw a moral equivalence between them and the people who bravely seek to stop them.

I’m a Jewish New Zealander. I’m for peace. This is not the way to achieve it. Stop the incitement. Stop the terror.

This article was published in the NZ Herald.