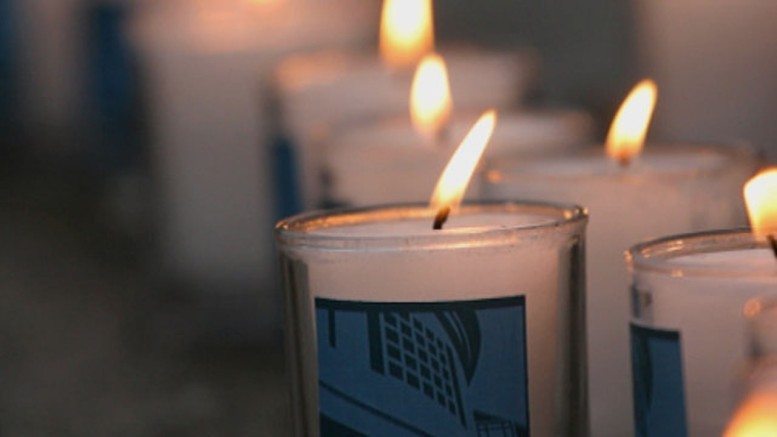 In 2005 the United Nations designated 27 January as an annual International Day of Commemoration in memory of the victims of the Holocaust. This day marked the liberation of the largest Nazi death camp, Auschwitz-Birkenau in 1945. The UN resolution made it clear why it is so important to remember; it resolved that:

…the Holocaust, which resulted in the murder of one third of the Jewish people, along with countless members of other minorities, will forever be a warning to all people of the dangers of hatred, bigotry, racism and prejudice.”
United Nations resolution 60/7

Some of the other provisions of the resolution included:

Secretary General Ban Ki-moon emphasised the importance of this occasion in a speech in 2007, where he said

The work of remembrance pays tribute to those who perished.  But it also plays a vital role in our efforts to stem the tide of human cruelty.  It keeps us vigilant for new outbreaks of anti-Semitism and other forms of intolerance.

And it is an essential response to those misguided individuals who claim that the Holocaust never happened, or has been exaggerated.

The International Day in memory of the victims of the Holocaust is thus a day on which we must reassert our commitment to human rights.  That cause was brutally desecrated at Auschwitz, and by genocides and atrocities since.

We must also go beyond remembrance, and make sure that new generations know this history.  We must apply the lessons of the Holocaust to today’s world.  And we must do our utmost so that all peoples must enjoy the protections and rights for which the United Nations stands.”Ban Ki-moon

We have previously written of Prof Dov Bing’s work in combating Holocaust denial in New Zealand, actioning the statements from the UN. While the UN resolutions and speeches are commendable, one UN member state (Iran) is again holding a cartoon competition to deny or belittle the Holocaust without challenge or comment from Mr Ki-moon.

Of more concern, Europe has seen an alarming increase in anti-semitic attacks in recent times with some claiming that European anti-Semitism has reached unprecedented levels post-Holocaust. German Chancellor Angela Merkel speaking in her weekly podcast last Saturday admitted that anti-Semitism is “more widespread” in Germany than some believe. She called for action to “deal with [anti-Semitism] – especially among young people… from countries where hatred of Israel and the hatred of Jews is widespread.” According to a 2014 ADL poll, that hatred is focussed in Middle East and North African countries where 74% of people harbour anti-Semitic attitudes.

In France Jews represent less than 1 percent of the country’s population and yet in 2014 were the target of 51 percent of all racist attacks.

In 2014, Jews in Europe were murdered, raped, beaten, stalked, chased, harassed, spat on, and insulted for being Jewish. Sale Juif—“dirty Jew”—rang in the streets, as did “Death to the Jews,” and “Jews to the gas.”Jeffrey Goldberg

According to a recent poll in France, 71% of the population believe anti-Semitism is increasing. The poll comes on the heels of the January 11 machete attack against a Torah teacher outside of a Jewish institute in Marseille, which led to the head of the city’s Jewish community to call on Jews to “remove their yarmulkes during this difficult period, until better days.”

In response to this, Tomas Sandell of the European Coalition for Israel (EC4I) has launched a ‘Wear-A-Kippah’ campaign in order to raise awareness about the current threat facing the Jewish communities in Europe, saying,

We will follow the example of the late King of Denmark, Christian X, who during the time of the Nazi-occupation of Denmark, responded to the threats that Jews should wear a Yellow star by saying, “If the Jews have to wear a yellow star we will all wear it.”

In solidarity with the Jewish communities in Europe we will wear a Kippah.

We can tend to see New Zealand as relatively free of the sort of anti-Semitism taking place in Europe, however the record is not as rosy as one would hope. Whilst they go largely unreported, anti-Semitic incidents have increased in recent times.

In New Zealand, UN International Holocaust Remembrance day will be commemorated in Wellington at a ceremony at the Makara Cemetery and in Tirau at an event organised by the Tirau Cooperating Church and Shadows of Shoah.

Given the commendable goals set out by the United Nations for Holocaust Remembrance Day, to warn all people of the ‘dangers of hatred, bigotry, racism and prejudice’, combined with the resurgence of the ‘ancient hatred’, we think it is important to remember. However, we must remember in order to learn and respond.

What you can do to remember?

If you would like to mark this day of commemoration, you could consider the following: