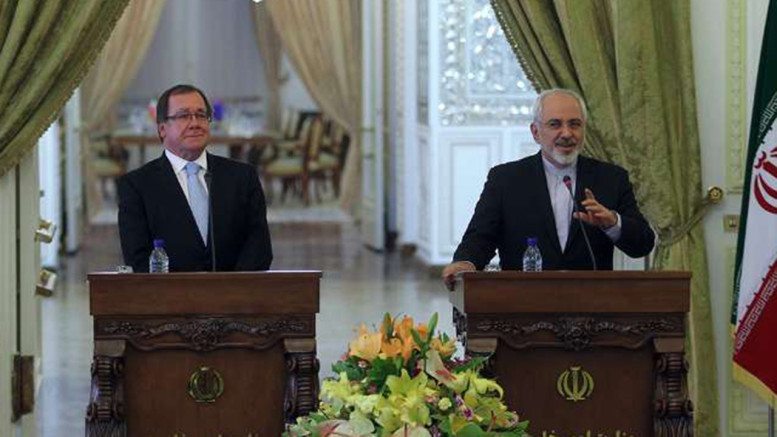 In Mid-March, the Foreign Minister of the Islamic Republic of Iran visited New Zealand on an official state visit to the Asia Pacific. The aim was to rebuild relations after the lifting of sanctions on Iran as part of the P5+1 negotiations.

The possibility of trade with Iran represents a significant opportunity for New Zealand and now that the international community has agreed to monitor Iran’s nuclear activities, Iran’s right to trade with and have diplomatic relations with whichever country it chooses has been restored. Iran’s ministers can go on state visits wherever they choose. To deny them these rights would be radical and unjustified.

However, some groups have raised questions about Iran’s record on human rights, an issue for which New Zealand has traditionally been a strong advocate. Amnesty International New Zealand executive director, Grant Bayldon, has said New Zealand should not ignore Iran’s human rights record.

Within the justice system there, people are routinely tortured into confessions, convicted in sham trials – and sentences include amputations, blindings, floggings and executions. So really this is a test for the New Zealand government, and the test is whether it will just represent New Zealand’s trade interests or whether it will also represent the values that New Zealanders hold dear – and of course human rights needs to be right up there.”Grant Bayldon

What is most curious is the awkward silence from our leaders, especially those who are usually the most vocal about human right issues around the world. No New Zealand politician has spoken against the deal or even displayed a sense of caution about engaging in trade with a country that has fired post-deal missile tests, captured and paraded American troops, continues state-sponsored death threats to America and Israel, and has recently pledged financial support for Palestinian terrorists.

The same New Zealand leaders who support social issues such as same-rights marriage and opposing the death penalty and are the first to voice their discontent with war and violence are suddenly silent when it comes to challenging Mr Zarif. He is a person ranked third in political importance in a country that persecutes religious minorities, discriminates against women, sentences homosexuals to death or forced surgery, and funds terrorist groups like Hamas and Hezbollah.

The New Zealand Government must halt its free trade discussions with Saudi Arabia after the latest in a long line of very public human rights atrocities.”James Shaw

Yet these leaders have been conspicuously silent on Iran, despite their label as the world’s most prolific executioner of juvenile offenders.

To be fair, Prime Minister Key did say he raised human rights issues with Mr Zarif in their meeting. Mr Key seemed satisfied that the executions were “in relation to drug trafficking” despite the fact that even this breaches international human rights law. Mr Key also described Iran’s recent missile tests as “provocative” and excused the government for the words “Israel must be wiped out” written on the weapons, saying he suspected it was a soldier who wrote it. This is more of an explanation than Mr Zarif himself would give for the anti-Israel message; Zarif simply dodges the question.

We do not wish to suggest that New Zealand should not take the opportunity to trade with Iran. No country is perfect and while we are actively engaged with nations we may be able to leverage our relationship to improve basic rights. However, it is striking that some politicians choose to make bold statements against trade with Saudi Arabia, for example, and retreat like mice when it comes to Iran.

There would seem to be few differences between the theocratic monarchy of Saudi Arabia and the theocratic Republic of Iran. The most obvious difference is the blatant anti-Western rhetoric of Iran and their historical efforts to obtain nuclear weapons. If we are treating Iran with kid gloves because we wish to help their re-emergence from sanctions, we might inadvertently be sending the message that we condone their calls to destroy America and Israel or their other appalling actions.

The other striking difference may be more informative; Iran used to be New Zealand’s fifth largest trading partner whereas we have recently been giving our livestock and cash to Saudi Arabia. Money, we’re told, is not a reason for the Greens to keep quiet. With regard to the China trade deal, Russel Norman has written that “The Green Party has never been afraid of openly speaking truth to the Chinese Government on important issues such human rights and democracy. That is what an independent and ethical foreign policy approach looks like.” Why, then do the Greens, among others, seem afraid to speak truth to the Iranian government?

Other nations have not embraced the Iranian regime quite as enthusiastically as we have. Australia has taken a more conservative approach to dealing with Iran, keeping some sanctions and looking out for Aussie business interests. Labour MP, Michael Danby, in particular has spoken out on the silence from some on the right. Canada has also shown restraint; Foreign Affairs Minister Stéphane Dion said

We’ll keep sanctions to be sure the proliferation or nuclear will not happen in Iran, the same for ballistic missiles … We’ll engage with Iran, step-by-step, open eyes, because we still have a lot of concerns about the role of Iran in the region including for allies like Israel and also the record of Iran on human rights is very questionable to say the least.”Stéphane Dion

When Kiwi leaders show little caution when dealing with a nation which has such a poor record of human rights perhaps we should take pause. What is even more concerning is that condemnation and concern is often voiced against Israel, a nation that objectively ranks among the best in terms of human rights. Some New Zealand ministers have even pledged to divest from Israel yet these same ministers are happy investing in Iran. The gross double-standard could not be clearer. We would like to see a consistent standard applied to all countries, in the Kiwi spirit of fairness, rather than such obvious discrimination.