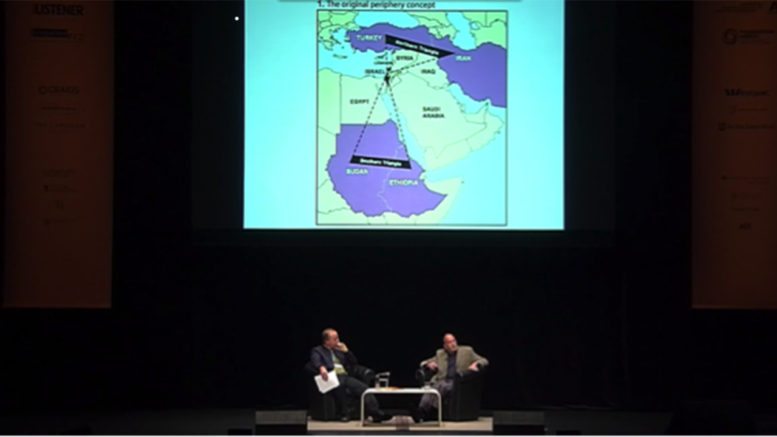 Not many people are aware of Israel’s “Periphery Doctrine”, or the “Alliance of the Periphery” developed by Israel’s first Prime Minister, David Ben-Gurion. This foreign policy initiative called for development of strategic ties with states beyond the most hostile, immediate neighbours of Israel. Such alliances included the relationship with Uganda that allowed for the recently commemorated “Operation Entebbe” rescue of Israeli hostages taken on a hijacked Air France plane.

At the 2016 Auckland Writers Festival, Yossi Alpher spoke with Radio NZ producer, Jeremy Rose about his involvement as a young IDF soldier and Mossad agent. Some of his jobs involved de-identifying weapons, considering dam demolitions, and crossing borders to provide aid and try to create a sense that Israel was not alone nor ignoring other persecuted minority groups in the region. Yossi says “the Periphery relationships persuaded [hostile neighbouring Arab states] that they can’t beat us and they have to come to terms with us”.

Yossi went on to be special advisor to then Israeli Prime Minister Ehud Barak at the 2000 Camp David Summit and he is also the author of two recently published books: “Periphery: Israel’s Search for Allies in the Middle East” and “No End of Conflict: Rethinking Israel-Palestine”.