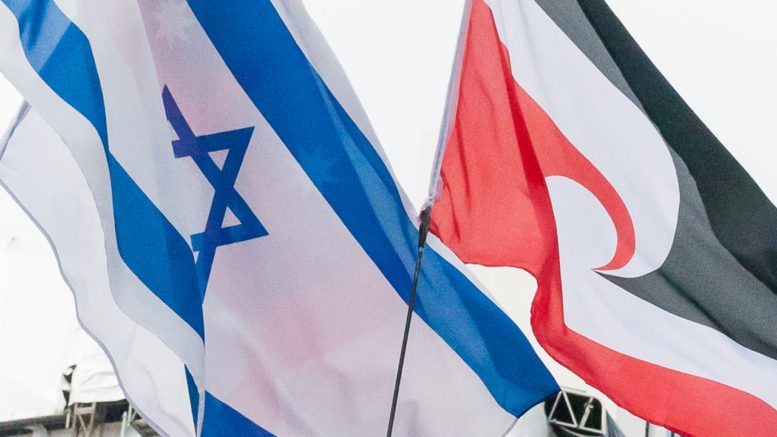 Green M.P. Marama Davidson’s involvement with the “Peace Boat” to Gaza is purportedly to raise awareness of the struggle of women in Gaza. However, Davidson has involved herself in one of the world’s most intractable conflicts without attempting to understand both sides of the situation.

Implicit in Davidson’s stance is the assigning of blame to Israel without any recognition that it is, in fact, Hamas who is directly responsible for the plight of Palestinians in Gaza. Gaza is ruled by Hamas, a Sunni-Islamic fundamentalist organisation that does not recognise Israel and whose charter calls for genocide. Hamas is the political and administrative authority in Gaza and has the ability to improve life for its citizens, but chooses instead to pour millions of dollars of aid money into building terror tunnels (using child labour) and acquiring weapons. In spite of Israel’s limited capacity to improve the lives of Gazans, it sends thousands of truckloads of humanitarian aid into Gaza. In the first half of 2016, 88,800 trucks of goods were transferred, breaking the record for the number of deliveries into Gaza.

Davidson has aligned herself with an organisation that is little more than a hate group. Kia Ora Gaza leader, Roger Fowler, has expressed support for a one-state solution (the dismantling of the world’s only Jewish state), has compared Israel to Islamic State, has publicly supported a “third intifada”, and has justified violence against Israeli civilians. This is not an organisation committed to peace and human rights.

For Māori who oppose Kia Ora Gaza’s hatred of Israel, the co-opting of Te Reo Måori for their cause is deeply offensive. Historically, Māori have had strong connections with the Jewish people. Indeed the struggle of the Jews gave inspiration to many of our tīpuna (ancestors), and several indigenous prophetic movements in the 19th century were established on the Jewish model. The return of Jews to their ancient homeland has been an inspiring example for many indigenous peoples. Even though the Jewish people experienced expulsion and dispossession, they never abandoned their hope of return, and a small Jewish remnant kept ahi kā (continuous presence) in the land over many centuries of dispersal. The rebirth of Hebrew has been an inspiration for the revitalisation of Te Reo Māori in Aotearoa.

Davidson’s oft-repeated statement that she stands in solidarity with the women of Gaza “as an indigenous woman” is disingenuous. This is not an indigenous struggle. It is a struggle of hard-line Islamic fundamentalists, who refuse to accept the existence of a Jewish state – anywhere. Since all Jews were forced to leave Gaza in 2005, Gazans have had the opportunity to do with the land what they choose. The former Jewish residents left behind a valuable horticultural infrastructure, which Gazans chose to destroy rather than exploit to their own betterment. Israel was forced to impose controls on its borders in order to restrict the flow of weapons into Gaza. The last decade has proven the necessity of those measures. Having gained control of Gaza, Hamas now seeks to destroy Israel. This is the clear message of “From the River to the Sea, Palestine will be free” – a call for the ethnic-cleansing of Jews from the entire region that is also echoed in the foundational document of Hamas.

Many have had valid concerns about this trip and what it stands for, but attempts to raise those concerns with Davidson were met with a steadfast refusal to engage. Her mind was made up. While single-mindedness may be admirable in a struggle for a just cause, it is far from clear that Davidson’s mission is just or is about human rights. When challenged over the human rights of homosexuals and the place of women in Gazan society, Marama refused to comment. She would only tolerate views that criticised Israel or praised her participation in the flotilla.

It is disappointing that Davidson chose to disregard these concerns and forged ahead with her mission, on the other side of the world. One would think there would be plenty of women’s and human rights struggles to keep her fully engaged much closer to home. Albeit, these do not offer the excitement of overseas travel or the spotlight of international media. Saddest of all is that for all the money and energy spent on this venture, nothing tangible will be achieved for the women of Gaza.

Sheree Trotter is of Te Arawa descent. She is currently completing an M.A. in History at the University of Auckland.