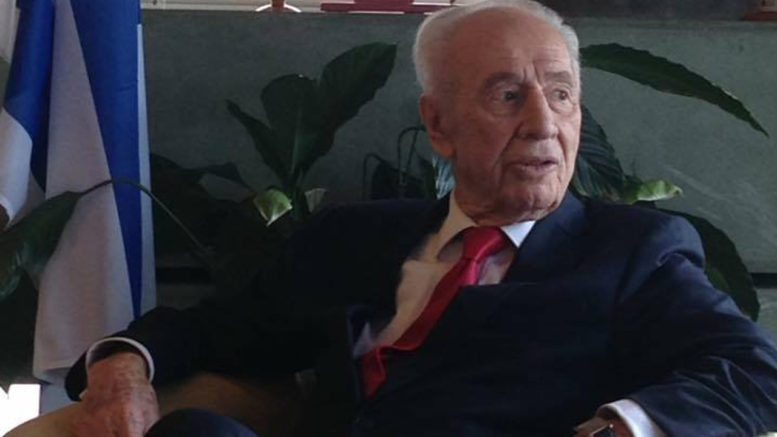 When I met with Shimon Peres two months ago to the day, I knew it was a privilege, but I could not have known just how much of a privilege it was.

Today we mourn the loss of the last of Israel’s founding fathers, a true visionary, a man of peace, and a political giant who helped shape history.

I met Peres as part of an Australasian delegation at his non-profit organisation the Peres Center for Peace. The building itself is a stunning piece of minimalist architecture, concrete and glass, with large light-filled spaces. It is located in a largely Arab neighbourhood in Jaffa, and has a panoramic view of the Mediterranean. By the time we were cleared by security and shepherded upstairs, past historic photos, and given a briefing by his assistants, there was a palpable sense of excitement among the group of hardened journalists and policy analysts I was with. 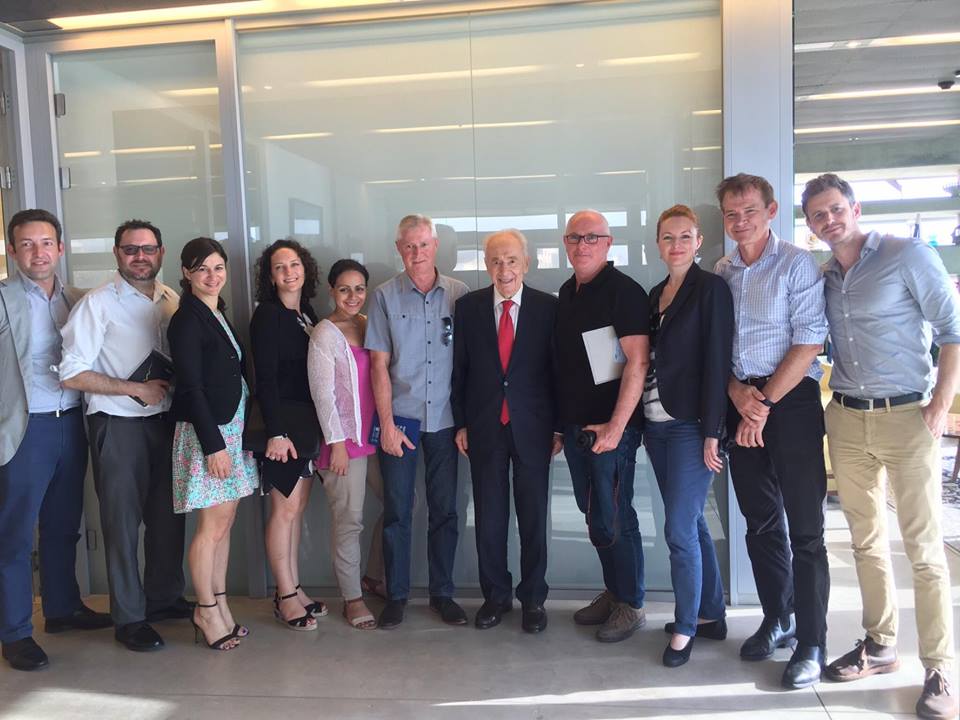 We were told we would only have about 20 minutes with Peres. As it turned out, we had over an hour. Try as they might, his assistants could not stop him talking, and he made cheeky comments when they tried to do so.

When we introduced ourselves, I told him I was from New Zealand. He asked about our Prime Minister, and I mentioned that he has a Jewish heritage.

Peres was not physically imposing – I am not sure that many almost-93-year-olds are – but what he lacked in stature he made up for with his magnetic presence. Not that he was loud or bombastic. On the contrary, he spoke very quietly and had a gentle, affable manner, but that clearly belied a steeliness and steadfastness that saw him become the great leader he was. As we sat in his office with the setting sun beating down on us, we hung on his every word. He was philosophical, witty, inspiring, and self-deprecating. As we left, one of the group told him what an honour it was to meet a man he had admired for so long. He replied: “I hope I didn’t disappoint you!”

It was clear he remained committed to, and still believes in peace with the Palestinians, in the form of a two-state solution. The Palestinians, he said, must say farewell to Abbas and enter the future. He talked of the problematic split between Hamas and Fatah. He said peace with Jordan and Egypt is not perfect, but is better than war.

Unlike many people of his vintage who are fixated on the past, Peres was a man who was very much still focussed on the future. He acknowledged how much the world has changed since the Oslo Accords that he was a prime driver of. He said: “The past has no future and the future has no past”. The world is not made of repetitions, but of permutations. The past is too costly – there is no point fighting about the past. We have to accept each other’s narratives. No one should live in the past, but for the Jews the Holocaust is a warning about the future.

We must engage with the future, Peres told us. We must dare to dream and have ambition. For him, high tech is the key to peace, to helping people enter the new age without borders and without flags, and to combatting the ideas and reasons that give rise to terror, which is what the Peres Center for Peace advocates. He really was the eternal optimist, as so many have said.

Prophetically, he said he would like to be remembered for saving the life of one child.

His personal message to us was to make life meaningful. To be curious and engaged, to contribute and participate. He said boredom is the most dangerous thing of all, which is why he did not believe in the need for taking vacations!

Shimon Peres lived life as he said. His life was undoubtedly meaningful and it is hard to imagine that it was ever boring. He may not have seen the peace in his lifetime that he continued to strive for and believe in to his last days, but he will have his own peace now.

Thank you for daring to dream, Shimon Peres, and for inspiring others to do so.