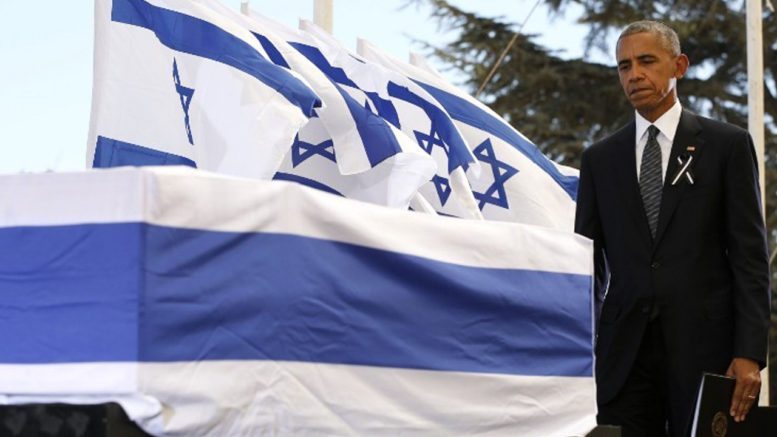 The funeral for Shimon Peres was held in Jerusalem on Fri, Sept 29. Over 25 heads of state gathered at the Mount Herzl national cemetery to farewell the longest serving and most distinguished politician in Israeli history.

Well before the ceremony, at the announcement of Mr Peres’ passing, world leaders and celebrities reacted to the news that the Nobel Peace Prize Laureate had passed. Messages of praise for Peres poured throughout the internet for the man who was instrumental in Israel’s defence program and was a prime mover of the Oslo Peace Accords.

The long journeys that some world leaders made to attend the funeral underscored the impact Peres had. Some dignitaries, like Australian Governor-General Peter Cosgrove, travelled many air-miles to pay respects on behalf of their nations. Others, like Palestinian Authority President Mahmoud Abbas, counted their miles in political currency. Some Fatah members were opposed to Abbas’ attendance, Palestinian media outlets criticised his appearance, and a senior Hamas official was so outraged by Abbas’ gesture of peace that he likened the Palestinian Authority President to “a Jew”. However, President Abbas said he had no regrets and suspended one of the PA officials who criticised him.

Eulogies were given by Israeli President Reuven Rivlin, Prime Minister Benjamin Netanyahu, Former United States President Bill Clinton, Knesset Speaker Yull Edelshtein, Shimon Peres’s children, and US President Barack Obama. Each one lauded the political giant that was Shimon Peres. They spoke of his optimism, his passion for Israel, and his efforts for peace.

Perhaps the most stirring speech was delivered by President Obama, whose words conveyed a striking empathy and warmth, not only for Peres, but for the State of Israel and the Zionist dream. Peres, he explained, “showed us that justice and hope are at the heart of the Zionist idea.” Obama continued:

A free life, in a homeland regained. A secure life, in a nation that can defend itself, by itself. A full life, in friendship with nations who can be counted on as allies, always. A bountiful life, driven by simple pleasures of family and by big dreams. This was Shimon Peres’s life. This is the State of Israel. This is the story of the Jewish people over the last century, and it was made possible by a founding generation that counts Shimon as one of its own.“Barack Obama

Obama also acknowledged the universality of the story of Peres, of Israel and of the Jewish People:

Obama’s words were eclipsed perhaps only by the emotional rendition of Avinu Malkeinu by Israeli musician David D’Or (watch below), which had a number of attendees wiping away tears. A prayer that Peres himself had requested to be performed at his funeral, the title translates to “Our Father Our King” and it contains a series of supplications and requests for forgiveness and pardon. The prayer is said by Jews at a time of intense self-reflection, during the 10 Days of Penitence, beginning at Rosh Hashana (which starts this evening in New Zealand), through to Yom Kippur, or Day of Atonement. During this period, one’s deeds are exposed for judgement by G-d and one’s fate is sealed.

It seems clear that in the Jewish world, and in the eyes of many others, history will judge Peres kindly. The world has lost a great man.