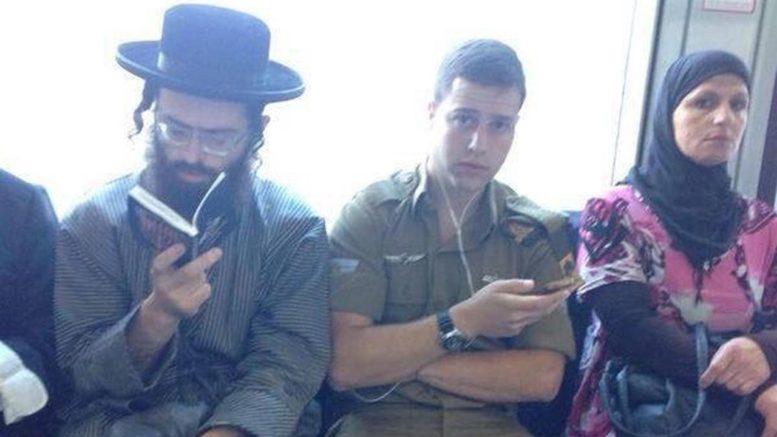 In July I went on a life-changing trip to Israel. This was my fourth trip to Israel, but I have not been there for 17 years. I have written in the past about other aspects and experiences of this trip. But I have not focussed on Israelis themselves, Israeli society, and Israel’s place in the world, so I want to share some of my observations on those topics, based on what I learned and did. The first part was about Israel’s place in the world in the battle against terror and jihad. This part is about Israeli people and society, their diversity and identity.

The people and society

Every Israeli I met was friendly, welcoming and open. Shopkeepers, taxi drivers, students, diplomats, business people etc – they were all happy to talk and answer any questions honestly, to tell you how they or their forbears ended up in Israel, who they voted for in the last elections and what their current political view is. I lost count of how many people thanked us for coming to Israel. There is clearly an understanding that Israel’s fight for its survival and place in the world is not only, or even primarily, a military one. It is a battle for legitimacy, for ideas, for hearts and minds.

It felt like Israel has matured and come of age. Interestingly, perhaps as a part of that maturing, it is now a society that embraces wine, has fantastic world-class food and that seems to have a lot of home-grown music, more than I remember in the past.

Economically, socially, technologically, militarily, culturally, the fundamentals of the country are very good. I believe Israelis and Israel are more confident, more secure in their place in the world, and less closed off. The “fortress Israel” mind-set is less evident. Perhaps this is paradoxical, given the ongoing and increasingly fierce campaign to delegitimise and isolate it, or perhaps it is partly as a result of increasing globalisation with the start-up culture. I don’t know, but it was heartening.

There is much discussion in Israel about social cohesion, religious vs secular, right vs left, etc, yet it was perhaps not as much as I expected. I think this is a trend, to a degree, that we are seeing worldwide. Given the amazingly rich tapestry of the people, the diversity of religions, ethnicities, ideologies, one could be forgiven for being surprised that society in Israel is not in a terrible state or out of step with the Western world.

To a degree, issues around social cohesion, and grappling with national identity, are a reflection of the maturing of the country. As Israel increasingly forges her place in the world, and becomes less vulnerable to existential physical threats (although still facing serious external challenges), it is only natural that domestic issues – economic, social, and so on – come into sharper focus.

Of course, there is the ongoing debate as to the place of religion in society. Rabbi David Rosen, an interfaith leader, said Zionism is both continuity and rebellion – continuity as the connection to the land, and rebellion in establishing a secular national polity. However, the religion, national identity, and peoplehood are inextricably linked, and Israel is about living Jewish values in the land. Democracy is not just political, but it is a fundamental Jewish value.

I spent a fantastic and fascinating few hours with George Deek, the young Christian Arab Israeli diplomat whose speech about being a Zionist went viral around the time of the Gaza war. He took us around his delightful hometown of Jaffa (the second oldest existing city in the world), where his family has lived for over 300 years, taking us to a beautiful Ottoman Empire mosque, to his grandmother’s home, and talking to us about his family’s history.

I also spent some time in a Druze village in the Golan Heights, where we were hosted in a home for a delicious traditional lunch. I knew very little about the Druze people. The Druze religion is an enigmatic blend of Islamic monotheism with Greek philosophy, with some Hindu influence as well. They are highly educated and peaceable and those who are Israeli citizens often advance to prominent positions. Those in the Golan Heights are in an invidious position, caught in between the disaster that was once Syria and Israel.

I wish all of Israel’s critics could travel to Israel and see the “white colonialist state” for themselves. The state has been built by people from over 100 countries, and has large minorities of Druze, Bedouins, Circassians, Muslims, Baha’i, Christian, and others. One of the things I loved was being able to talk to people from all walks of life about their backgrounds, and how they or their parents or grandparents ended up in Israel. So many Jews have escaped from Arab countries – Algeria, Iraq, Morocco, Syria, Yemen, wherever – just before or after Israel’s creation, and have remarkable, even miraculous, stories of terrible hardship and heartache, and resettlement and redemption in Israel. Each story deserves a book in itself. And one is reminded just how preposterous is the narrative that much of the world seems stuck on – that after WW2 a whole bunch of surviving white European Jews came and colonised Palestinian land (never going so far as to say, who they colonised it for – the Germans?).