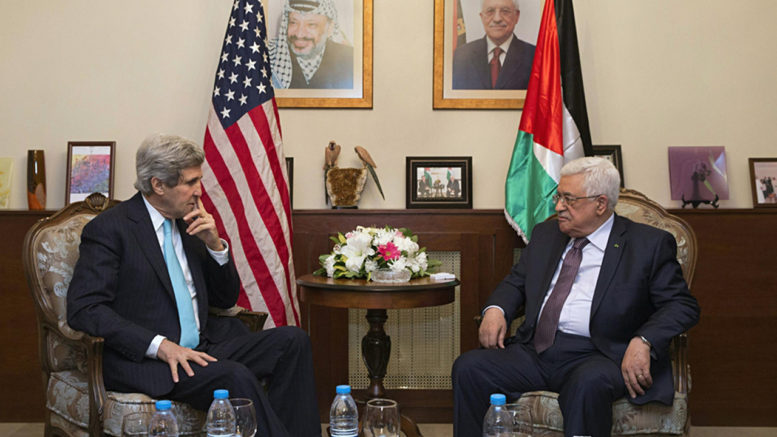 Seventy countries, along with representatives of international organisations, have been invited to the Paris Peace Summit on 15 January 2017. This, less than a month after the controversial UN resolution 2334 was passed and five days before Obama leaves the White House. Further, the Security Council is scheduled to convene next Tuesday for its monthly debate on the Israeli-Palestinian issue.

One has to wonder what is behind this flurry of activity on the Israeli-Palestinian issue. Certainly the idea has been floated that Obama will try to achieve Palestinian statehood before he leaves office.

According to a draft summary statement of the Paris conference, participating countries will stress that they won’t recognize any changes to the “June 4, 1967 borders” including in Jerusalem, except for any changes the two sides might agree during negotiations. Those “borders” are in fact armistice lines resulting from the 1948 War of Independence which Israel’s neighbours tried to destroy the nascent state, and have been dubbed the “Auschwitz borders” by Abba Ebban, Israel’s legendary diplomat. The countries will emphasize that they are committed to distinguishing, in all their actions, between the territories of the State of Israel and the settlements in the disputed territories. The draft states that “a negotiated solution with two states, Israel and Palestine, living side by side in peace and security, is the only way to achieve enduring peace.”

So far, this echoes Resolution 2334 in spirit. However, the proposed summit, like resolution 2334, has not met universal approval.

Israel’s Defence Minister Liberman called this the new Dreyfus Affair, likening this to an infamous Jew hating trial held in France in 1894. Israel has refused to attend the conference – preferring direct negotiations – while the Palestinians welcome the meeting.

Further, the US House of Representatives, which slammed UN Security Council Resolution 2334 – calling for it to be “repealed or fundamentally altered so that it is no longer one-sided and anti-Israel – has spoken out against the Paris conference. Congress passed a resolution stating that

“any future measures taken in international or outside organizations, including the United Nations Security Council or at the Paris conference on the Israeli-Palestinian conflict scheduled for January 15, 2017, to impose an agreement, or parameters for an agreement including the recognition of a Palestinian state, will set back the cause of peace, harm the security of Israel, run counter to the enduring bipartisan consensus on strengthening the United States-Israel relationship, and weaken support for such organizations.”US Congress

The strong bipartisan support for that resolution, which passed 342-80, was seen as a rebuke of the Obama administration for the abstention at the UN, which was out of step with Congress and a betrayal of Israel.

Leaders of the Conference of Presidents of Major American Jewish Organizations called this week for the French to cancel or, at least postpone, what they called an “ill-conceived, poorly timed and damaging” event. The group wrote

Now is a time for serious reflection on how peace can best be achieved, not for another sham forum in which the usual one-sided outcomes against Israel are the likeliest result… Given the significant issues that were raised in the past week which have long term implications for the prospects for peace, proper preparation after serious consultation is essential.”Conference of Presidents of Major American Jewish Organizations

Also this week, New Zealand’s Prime Minister set off for Europe for a nine day trip to Brussels, London and Berlin where he will meet with European presidents. Evidently, Trade Minister Todd McClay will accompany Mr English in Brussels and Foreign Minister Murray McCully will attend meetings in London and Berlin.

There has been no mention of our leaders attending the Paris Peace Summit even though McCully has played central role in pushing forward the UN resolution and has pursued the Palestinian/Israel issue with a singular focus. The Foreign Minister’s term is coming to an end and he will certainly have left his mark on the Palestinian/Israel situation. The jury is out, however, as to what kind of legacy that will be.

*This article has been edited for correctness.