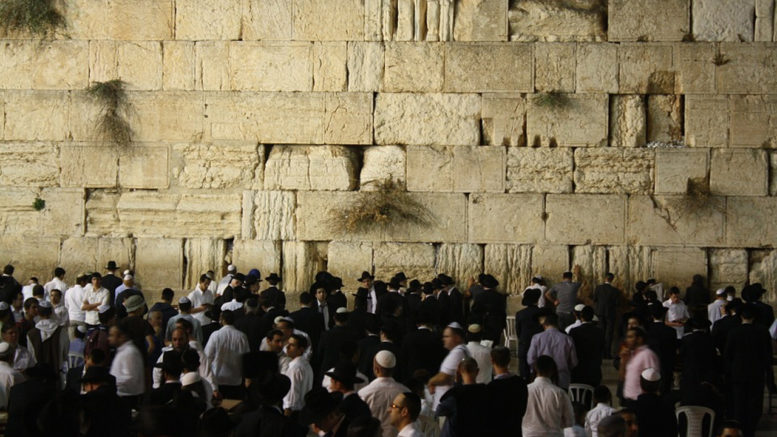 New Zealand’s role in co-sponsoring United Nations Security Council (UNSC) Resolution 2334 isn’t anything to cheer about for those who care more about peace than symbolism. In fact, it damages prospects for peace.

We have already seen in recent days the backlash that has occurred in the Knesset, Israel’s parliament, in the form of reciprocal, unilateral moves regarding how Israeli law treats unauthorised outposts built on private Palestinian land in the West Bank.

Israel’s High Court is expected to strike down this unhelpful law – but the popular anger that motivated the vote has the hallmarks of a symbolic protest as a response, in no small part, to UN Resolution 2334. Many Israelis viewed the resolution itself as a unilateral diplomatic move on behalf of Palestinian interests, as well as a total disregard for the statistically verifiable restraint Israel placed on settlement activity during the Obama years – contrary to the media narrative promoted by politicised NGOs.

Now, we have seen a few New Zealand-based activist academics calling on Wellington to compound one mistake with a far greater one and impose sanctions on Israel. They insist that their demand would only mean translating the spirit of the resolution into action – thus proving hollow Foreign Minister Murray McCully’s claim that his resolution wasn’t one-sidedly anti-Israel.

Indeed, touted by McCully as a peacemaking initiative and a bulwark to protect the future of a two-state peace outcome – particularly by condemning Israel’s settlements in the West Bank and Jewish neighbourhoods in east Jerusalem – Resolution 2334 fails on all counts.

Meanwhile, it denies the Jewish connection to Jerusalem by calling even the Jewish Quarter of the Old City and Western Wall, Judaism’s holiest place of prayer, “Palestinian Territory occupied since 1967”. Thus, it rewards the destructive Palestinian strategy of denying any Jewish ties anywhere in the Holy Land.

This resolution has made peacemaking between Israel and the Palestinians much harder by rewarding the very Palestinian refusal to resume negotiations with Israel, and their strategy of “internationalizing” the conflict – that is, bypassing negotiations entirely and leveraging international pressure to achieve Palestinian nationalistic and territorial objectives and without having to make genuine concessions or end the conflict.

Palestinian Authority President Mahmoud Abbas’ response to the resolution was to convene the PLO Executive Committee with the stated purpose of discussing strategy in light of the resolution.

The result of that meeting was revealing. According to award-winning Palestinian journalist and analyst Khaled Abu Toameh,

they see the UNSC resolution, particularly the US abstention, as a charge sheet against Israel that is to be leveraged in their diplomatic effort to force Israel to its knees” in various international forums, including the International Criminal Court.”Khaled Abu Toameh

Abbas’ path is not that of a peacemaker. It’s the actions of an autocrat – in the thirteenth year of a four-year term – continuing war and hostility through diplomacy and international organs to complement the Palestinian violence and PA-sponsored incitement against Israel on the ground.

Resolution 2334 reverses the wisdom of UNSC Resolution 242, the watershed document passed unanimously months after the 1967 war. With the Arab army pre-war buildup on Israel’s borders fresh in the public’s memory, it was universally understood that simply forcing Israel back to the pre-1967 lines – just 14.5 kilometres wide in its narrowest point in Israel’s strategic waist between Tel Aviv and Haifa – would only invite another war. Instead, it called for Israel’s withdrawal from “territories” – but not “the” territories or “all” territories in return for a negotiated peace between Israel and its adversaries which would provide “secure and recognised boundaries”.

Resolution 242 created the space for peace by leaving the details to be sorted out in direct negotiations between the parties themselves, resulting in successful peace agreements with Egypt and Jordan. Such negotiations remain the only hope for Israeli-Palestinian peace – but a hope made fainter by this resolution.

By giving the Palestinians international recognition of ownership of the disputed territory without negotiations, Resolution 2334 violates previous signed agreements and weakens Resolution 242. It not only deprives Israel of valuable bargaining chips, by essentially endorsing the Palestinian claim that the land is all already theirs with no need to negotiate or sign a peace agreement to gain it, it makes it harder for Palestinian moderates to sell the compromises essential for making genuine peace with Israel.

It basically sacrifices the long-term benefit that peace would offer the Palestinian people for the short-term gratification of feeling that the international community is “doing something” about the Israeli-Palestinian problem. Yet the resolution, like the call for sanctions it has spawned among some radical academics, nevertheless encourages the Palestinians to harden their demands instead of choosing the path of negotiations, compromise and peace.

What’s most important now is to avoid compounding the damage of 2334 and further emboldening the Palestinian strategy of internationalizing the conflict. They need to be told unequivocally, in word and deed, that direct bilateral negotiations with Israel, without preconditions, is the only way forward to achieve a mutually agreed two state outcome.