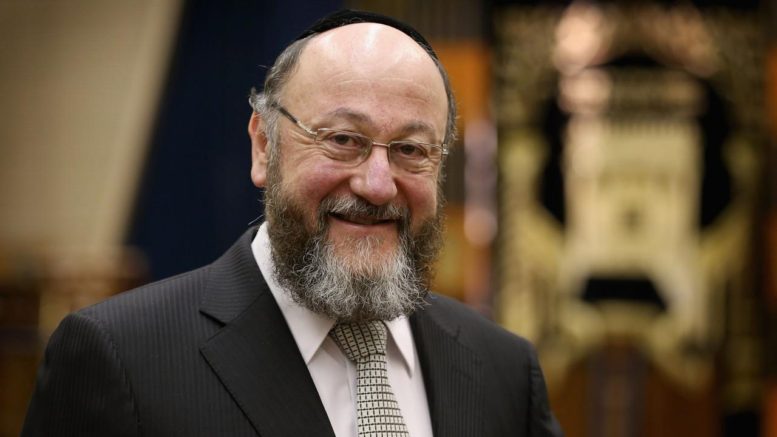 [‘The Boundaries of responsible discourse’ by Chief Rabbi Ephraim Mirvis was one of  a collection of essays on antisemitism and the lessons of the Holocaust, commissioned by the U.K. Holocaust Education Trust.]

No-one enjoys being on the receiving end of an insult. Yet, it is a sad indictment of our times that insults of a certain mode can become the norm. In politics and the celebrity world they are widespread and likely to be considered the ‘price of doing business’. Prime Minister’s Questions offers a useful illustration of this phenomenon. Once a week, the men and women whom we have elected to represent us in Parliament trade jibes and insults. It is rarely out of genuine malice – in the modern world, that is just how the game is played.

However, it is broadly understood that there are lines which must not be crossed. Imagine for a moment that during a heated exchange in Parliament, one MP began insulting another’s immediate family or invoked a personal tragedy or bereavement as a line of attack. There would, quite correctly, be uproar. Over time, we have developed a clear sense of where the limits of impassioned debate should lie. Those who remain within those limits win our respect and those who wilfully stray beyond them, very quickly earn our deepest disapproval.

The most insidious kinds of insult, the like of which we instantly recognise as being entirely unacceptable are recognisable because they attack the deepest and most personal parts of our identity. They target elements that are so central to who we are, that often, we couldn’t change them even if we wanted to. And, since it is not a criminal offence to throw around these kinds of insults, we rely on the ‘court of public opinion’ to pass judgement on those who do so.

However, to my great sadness, when it comes to antisemitism, the boundaries of responsible discourse seem blurred.

The Holocaust remains unique in contemporary Jewish consciousness for its capacity to engender the most visceral grief and abject pain. Nearly two thirds of the Jewish population of Europe were dehumanised, tortured and then murdered. As Jews, we have internalised the profound responsibility to memorialise and honour them for the rest of our lives – and we are determined to teach the next generation to do likewise. But while, for most of the latter part of the twentieth century, that grief seemed to be handled with appropriate sensitivity, today there are many people who wilfully and unapologetically disrespect their memory.

Holocaust denial, once the preserve of fringe, conspiracy theorists, has mutated into Holocaust obfuscation, equivocation and specious comparison on a larger scale than ever. The question is: why?

There are a number of contributory factors, including the accessibility of Holocaust denial material online and the proliferation of social media. But, in my view, one of the most significant contributors to the popularisation of Holocaust equivocation is the unprecedented level of vicious invective levelled at the State of Israel.

For Jews, the establishment of a Jewish State was a veritable rebirth, a lifeline after so much death and destruction. But, her Arab neighbours rejected it immediately. The bitterness of the conflict that the State of Israel was born into has only become worse with the passage of time and by the 1990s, prominent Arab news outlets were consistently and unashamedly featuring Holocaust denial on their pages. This was not a sudden cultural interest in European history, but a narrative which fit all too conveniently into a broader political portrayal of Israel and the Jews as the epitome of evil. It ranged from outright denial, to heartless celebration of the Nazis’ genocidal intent.

And, as the demonization of Israel grew and spread during the following decades, grossly offensive and inappropriate references to the Holocaust became absorbed into the popular nomenclature of anti-Israel activism. Today, images and articles with inappropriate and offensive references to the Holocaust are more widely shared and promoted than ever before.

My appeal is a simple one. Respectful limits of impassioned debate apply with regard to Jews, just as they do in any other context. If one wishes to take issue with the policies of a particular Israeli Government, to do so with reference to the Holocaust is to stray way beyond those limits. And the same applies to any person who uses the Holocaust as a political football, outside of its proper context.

Public debate about important issues should be robust and direct. But it must also be respectful and sensitive. In a Jewish context, that means recognising that both the Holocaust and the idea of Jewish self-determination are at the very core of mainstream Jewish identity.

In a wider context, when we debate the most pressing issues of the day, whether that be religious extremism, immigration or Brexit, we must never allow ourselves to forget that at the centre of all of these issues are people, all made in the image of God. 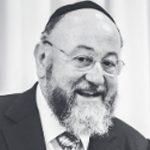 Chief Rabbi Ephraim Mirvis is the eleventh Chief Rabbi of the United Hebrew Congregations of the Commonwealth. He is the Associate President of the Conference of European Rabbis and former Chief Rabbi of Ireland.