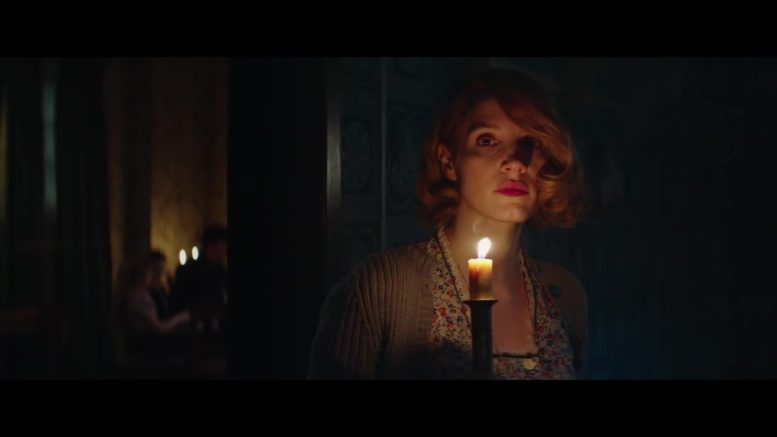 The other night I commented to my book club about how much literature is still written about the Second World War and the Holocaust in particular. The same is true of movies.

The Zookeeper’s Wife is both a book by Diane Ackerman and now a movie, currently playing in New Zealand cinemas. They tell the true story of a Polish non-Jewish couple, Jan and Antonina Zabinski, who worked with the Resistance during the Nazi occupation. The Zabinkis smuggled over 300 Jews out of the Warsaw Ghetto, hiding them nearby in their house and the zoo where they both worked.

All but two of the Jews the Zabinskis rescued survived the war. The Zabinskis are recognised by Yad Vashem in Israel as Righteous Among the Nations.

Jan was the director of the zoo and an active member of the Underground, who fought during the Warsaw uprising and ultimately became a prisoner of war. While he went out every day to fight, Antonina tended to, nurtured and protected those who sought refuge, and the story is largely hers, based on the diaries she kept.

The zoo (which was bombed and plundered at the start of the occupation) is the focal point of the story, providing shelter to Jews who of course, to the Nazis, were of less value than animals. The contrast between that sanctuary, and the scenes of the oppressive, dehumanising Warsaw ghetto, and of its inhabitants being loaded into cattle trains to meet the fate we know now, but they did not know then, is jarring.

The movie’s director is New Zealander Niki Caro, whose other directorial credits include Whale Rider. Caro is not Jewish but did go to Kadimah College, now the only Jewish school in New Zealand. She has reported in the past that when the school had Jewish holidays off, she and her brother would go to the movies, because her parents were working and they didn’t have childcare. “Invariably” they would come out of the movies and a policeman would ask them why they were not in school. They would answer “well because it’s Yom Kippur”, the policeman would have no idea what they were talking about, and take them to their father’s office.

In an interview with University of California Santa Barbara student newspaper, Caro was asked about directing the movie as a non-Jew, the importance of portraying the Holocaust authentically, and the challenges of depicting the Warsaw Ghetto.

There are so many Holocaust films seared into my memory. Schindler’s List, Europa Europa, Inglourious Basterds, Defiance, The Pianist, to name a few, each told from a very different perspective, but each gnawing away at me for days after, leaving the what ifs and whys that never really go away. The Zookeeper’s Wife is unique in that the protagonist is both a non-Jewish Pole and female.

No matter how many times I see a Holocaust film or read a book, it never gets any easier. I still wonder at the incalculable cruelty of the Nazis, suffering of the Jews, and bravery of those who risked their lives to save them. I am still left with unanswerable questions, freighted with sorrow and anger. I still carry a heavy heart, but it will always be lightened by thoughts of the righteous like the Zabinskis, the miracles they delivered, and the survival of the Jewish people.