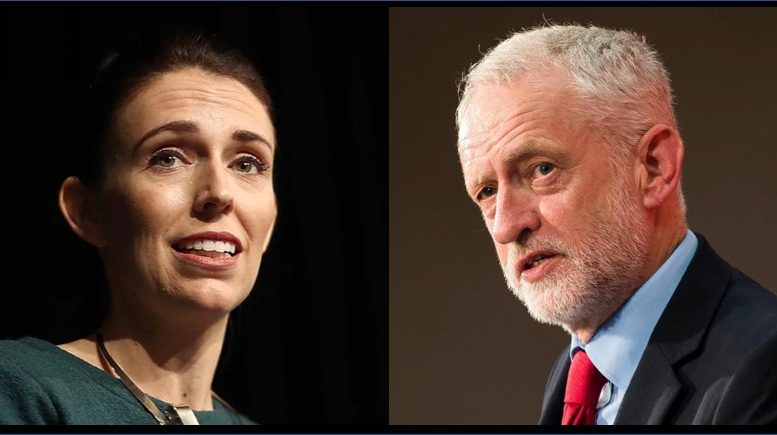 For many Jewish New Zealanders, their decision on which political candidate to support will at least partly be based on that candidate’s position on Israel and “the conflict”, as well as their sensitivity around anti-Semitism as it exists in 2017.

Jacinda Ardern, who may well be New Zealand’s PM in two weeks, has given little away in terms of her position on both of these matters, although in general she comes across as moderate on international matters, and strong against racism.

A few days ago, however, Ardern proudly shared an endorsement she’d received that may have caused a few Jewish Kiwis some discomfort.  This was from UK Labour leader Jeremy Corbyn – a man seen by many progressives as a hero of the left.  But for the vast majority of UK Jews – and many Kiwi Jews too – he is seen as tolerant of anti-Semitism, if not actively anti-Semitic.

Corbyn’s problems with Jews go back a while. The list of worrying alliances, statements, and failures to act is long and growing.  His supporters, citing his lifetime commitment to fighting “all forms of racism”,  have dismissed these concerns as ‘smears’ and the weaponisation of anti-Semitism for political gain.

It is difficult to imagine an ethnic group whose legitimate concerns over racism have been more blatantly dismissed by a mainstream western political party in recent years. Among all ethnic groups, it seems that only Jews are considered ill-qualified to determine for themselves what constitutes racism against them.

In the recent UK election, polls indicated that only 13% of Jews supported Corbyn’s Labour party.  This is a dramatic reversal of UK Jews’ traditional support for Labour.  In fact, it has been suggested that, in the narrow race, Jewish alienation may have helped the Conservatives retain power.

So why is Jeremy Corbyn such a toxic name in Jewish circles?  The following is just a representative sample of some of the incidents, statements and allegiances that have given rise to this distrust of the UK Labour leader:

The compounding effect of the above is a discernible disquiet about Corbyn and his party’s attitude toward Jews and their apparently obsessive hatred of Israel. As David Mercer, former director of Labour Friends of Israel, told the Guardian in 2015:

“Thousands of years of persecution have given Jewish people a sixth sense, and with Corbyn the alarm bells are ringing extremely loudly. There is a way in which he frames his views that makes me feel very uncomfortable. When I listen to Corbyn speak on almost any issue, I get the feeling this is a man who doesn’t like my community.”

Similarly, the Chairman of the Jewish Labour movement, Jeremy Newmark, told the BBC:

“Jeremy Corbyn appears to have failed to understand the nature of contemporary anti-Semitism in the same way that it’s understood by most of its target group.”

A recent survey commissioned by the Campaign Against Anti-Semitism found that a third of UK Jews are now thinking about emigrating.  It also revealed that more than three-quarters of UK Jews believe that the Labour Party’s stance on Israel has intensified levels of bigotry.

Corbyn’s ties and allegiances with extremists, including those who advocate for the death of all Jews, whether in or outside Israel, are of great concern to Jews everywhere. It is daunting to see Corbyn escape scrutiny for these ties from his own party, which professes to stand against racism.  It would be particularly galling for Kiwi Jews to see unquestioning support for such a morally defective individual from someone who may soon lead the country.

Shalom.Kiwi calls on Ms Ardern to distance herself from such a malignant stain on the left’s traditional and proud commitment against racism.