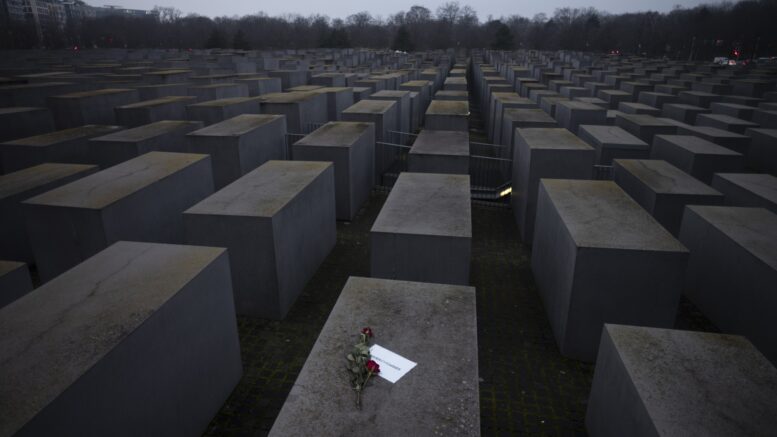 A year ago at this service, we had no idea, and could not have imagined, what the year held in store for us. The pandemic that has so far killed over 2 million people around the world has wrought on us fear, uncertainty, disruption, loss, and suffering. When people experience those things and try to make sense of them, there is a risk that they look for scapegoats, embrace conspiracy theories and dehumanise people different to them. The dark forces that we have seen over the last few years, with the rise of illiberalism, extremism, authoritarianism, antisemitism and racism, with democracies and democratic values faltering and in some cases failing, have gained frightening momentum in the last year.

History has taught us that it is conditions like these that are most dangerous for the Jewish people. In the last year, just in New Zealand,  we have seen Billy Te Kahika run for Parliament – and thankfully lose resoundingly – who told his large social media following that Judaism is a “satanic deception” and Jews are the anti-Christ, a far left blog site The Daily Blog that has used a cartoon three times in which the letter “S” in “Zionism” is in the font of the SS and that depicts Zionism as a virus, a Facebook page Aotearoa Standing With Palestine that 3 MPs belong to, that is rife with Holocaust denial, the resurgence of the far right in the guise of a group Action Zealandia that has targeted and threatened a Jewish journalist, and a
swastika flag displayed in the window of a Westland house on the state highway.

So today, I ask you to think about what “never again” actually means in practice, how to apply it as a moral code. It is not just a platitude that we say once or twice a year, before getting back to our usual lives. As the patron of The Holocaust Centre of New Zealand, The Rt Honorable Dame Patsy Reddy, has said “It reminds us to raise our voices in defence of people who are suffering discrimination, harassment or violence because of their ethnicity or religious affiliations.”

For me, “never again” means fighting antisemitism in all its forms and from all its sources, including that which would deprive the Jewish people of our right to our ancestral homeland, which is our best defence against another genocide. But it also means speaking out when we see the persecution of other people for who they are, and it means especially doing it when it requires an act of courage, when it is not politically or ideologically expedient, when we must sacrifice or risk something to do
so.

In this day and age, we hear Holocaust, Nazi and Hitler analogies all the time. The pandemic has exacerbated this trend. Such analogies reveal a disturbing amount of ignorance, a tendency to both universalise and trivialise the Holocaust, thereby stripping it of its unique meaning and weight. However, if there was ever a time to make such an analogy, and to invoke “never again” as a call to action, it is now, in relation to the Uyghur people and other Muslim minorities in China. Over 1 million of
them, some estimates say up to 3 million, are in concentration camps, stripped of all rights, suffering forced labour, forced sterilization, and attempts to eradicate their Muslim religion and culture. The US State Department has just labelled this a genocide. We cannot say we did not know. We must raise our voices and keep calling on our government and the international community to do more. That is what “never again” means.