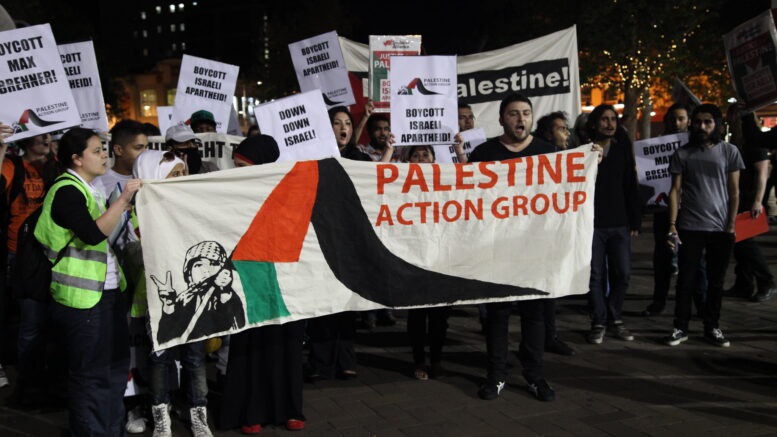 In the name of “responsible investing”, the NZ Super Fund has decided to blacklist Israeli banks.

You would be forgiven for missing this development, as the decision was made with no public announcement or engagement. It would have stayed quiet had the Palestine Solidarity Network Aotearoa not shared the news triumphantly.

The Fund’s operators simply added five Israeli banks to their exclusion list. The reasons for the decision are detailed here.

The decision is flawed for many reasons and should alarm all the NZ Super Fund’s Kiwi stakeholders.

Firstly, there is a glaring inconsistency between the treatment of Israel and that of much, much worse actors.  Take China for example, a country currently engaging in genocide, and imprisoning members of its Uyghur minority in concentration camps, not to mention crushing democracy in Hong Kong.  As at 30 June 2020, the Fund had invested over $630 million in Chinese companies, $441 million of which was in Chinese banks.

Or look at Turkey – a country that has illegally occupied Northern Cyprus since 1974, has carried out widespread human rights violations and mass-expulsion of Greek Cypriots.

As at 30 June 2020, the NZ Super Fund had nearly $7 million worth of investments in Turkish companies, of which over $2 million were with Turkish banks.

Or, there is that well-known bastion of human rights, Saudi Arabia. As at 31 December 2020 the NZ Super Fund had $34 million invested in Saudi companies, including ten banks.

If ethical investment was a driving motivator, it would make sense that the countries engaging in state-sponsored genocide, ethnic cleansing, systematic repression of women, killing of homosexuals, and murder or imprisonment of dissenters would be targeted.

Instead the NZ Super Fund has focused its attention on the only Jewish state, casting judgment on a complex long-running dispute, in which both sides have persuasive claims.

In doing so, the Guardians of the NZ Super Fund are holding Israel to a higher standard than that applied to any other state.  It is not unusual to see such discrimination targeted against the Jewish state, but it is disturbing to see it so blatantly from a New Zealand public body.

When asked about this by MP Nicola Willis at the Finance and Expenditure Select Committee yesterday, NZ Super Fund CEO Matt Whineray defended the inconsistency by saying that they are now looking at Chinese companies that may be involved in human rights violations against the Uyghurs.

What Whineray did not explain is, why is Israel’s behaviour priority number one for New Zealand investors above all others? Surely an even-handed approach would involve targeting the worst perpetrators first?

The Fund has only just started looking into Chinese companies, whereas Israel has been on its radar for years. Why?

Why do Jews building houses on land to which the Jewish people have a historic claim – regardless of your view on the intricacies of the law – excite louder and swifter moral condemnation than any other current world issue?

To make this decision on a complex area of international law, the NZ Super Fund has relied on some dubious sources.

The report relies heavily on the organisation Who Profits, about which the author claims, “it’s [sic] report on the extent and nature of the Israeli banks [sic] involvement is well researched and draws on credible annotated evidence, including the companies [sic] own disclosures and council records”.

In fact, Who Profits is a leader in BDS (Boycott, Divestment and Sanctions) activism, and, according to NGO Monitor, was founded to support BDS. It targets Israeli businesses and initiates discriminatory campaigns against Israeli and foreign banks and companies.

NGO Monitor says its objective is to isolate Israel economically, culturally, and politically, and to contribute to the wider demonisation effort.

BDS is widely considered to be a discriminatory, antisemitic movement and counter to the interests of peace. By its very aims it opposes the existence of the Jewish State.

Why is New Zealand’s Super Fund apparently endorsing it?

In the Fund’s report, supposed details on the Israeli banks’ involvement in West Bank projects are mostly gleaned from one website – of an organisation with an ideological axe to grind.  No effort is made to quantify what proportion of the banks’ business is so involved – in fact the document acknowledges that most of the banks’ business is not from the Occupied Territories.

The report, and Whineray in the select committee, also rely heavily on UN resolutions to justify the divestment – in effect defending discrimination with more discrimination.

The UN bodies’ disproportionate fixation with Israel has been acknowledged and widely criticised by Israel’s and (New Zealand’s) allies. Over the past five years, the UN General Assembly has passed more resolutions that condemn Israel than against the rest of the world combined.

Israel is the only country in the world to have a standing order at the Human Rights Council devoted to singling it out. Just last week, US Secretary of State Antony Blinken called on the Council “to look at how it conducts its business. That includes its disproportionate focus on Israel”.

Looking to UN resolutions as objective measures is misguided, including NZ’s own deeply flawed Resolution 2334, which the National Party has since recognised was a mistake.

It is not clear where the impetus for this politically-motivated decision by the Fund came from, but it was welcomed by ideologically extreme activists who have been pushing for the Super Fund to boycott Israel for some time, including the PSNA, chaired by John Minto.  It was also welcomed by the BDS-supporting chair of the Finance and Expenditure Select Committee, MP Duncan Webb.

By implementing a discriminatory boycott and apparently endorsing BDS, the NZ Super Fund has now aligned itself with the extreme fringes of New Zealand’s political scene.

Money that is required by law to be invested for the benefit of ensuring Kiwis’ retirement income should be invested for return, not the narrow political ends of the likes of John Minto.

New Zealanders should be concerned.