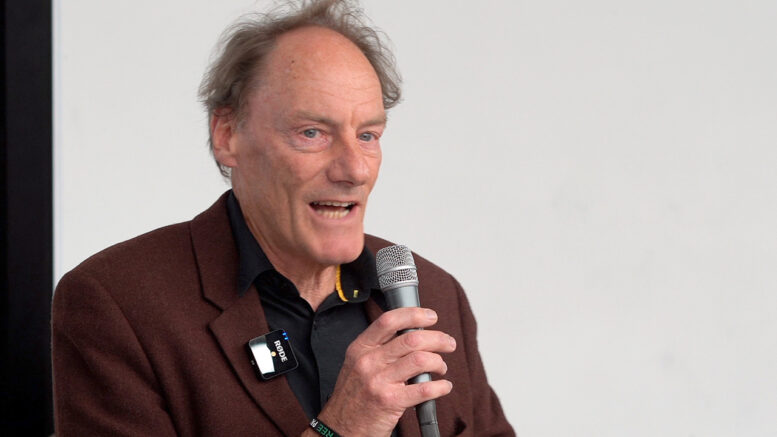 As a very public Free Speech advocate (I am a Spokesperson for the Free Speech Coalition) I took claims that people would be silenced by Wellington City Council’s proposed adoption of the IHRA’s (International Holocaust Remembrance Alliance) working definition of antisemitism extremely seriously.

After pressure from a variety of groups, including a vocal minority within the Jewish community (and by minority I mean a handful of people), the Palestinian Solidarity Network, Labour MP for Central Christchurch Duncan Webb and others, the proposed definition was withdrawn, though it is likely to be presented again some time down the track.

When considering the Free Speech question, it’s important to point out that the IHRA definition was never to be legally binding nor was it any sort of attempt to backdoor speech prohibitions. The definition was viewed by supporters in the community as an educational tool. The hope was that the definition would someway address a long running problem in our small Jewish community: our inability to communicate to our fellow Kiwis what is antisemitic.

Most of New Zealand’s minority communities have clear definitions of what they consider to be racist or bigoted, and our society adheres to them every day. When, say, a Maori, or a person of Asian origin insists something is racist, people tend to take their claims seriously, if not completely at their word.

But Jews are a real outlier here. We are not allowed to say, “that’s racist”, with the freedom others can. When I exposed the Secretary of the Palestine Solidarity Network’s peddling of neo-Nazi tropes (the same Palestinian Solidarity Network that made a submission against the IHRA definition) National Chair John Minto dismissed me outright, responding by email (and I quote) “I’m never surprised at the lengths such people will go to try and construe anti-Semitic comments from criticism of the history, racist policies or sheer brutality of the Israeli government and the IDF.”

In truth I barely tapped a keyboard let alone went to “lengths”; I simply placed a series of the PSNA Secretary’s offending Tweets next to some extracts from “The Daily Stormer” website – one of the most notorious white supremacy websites on the planet – to show that the content was identical. The so-called “criticisms? An accusation that a prominent Jewish community member was disloyal to New Zealand and was in effect an Israeli agent, another claiming Jews puppet the NZ National Party, and one suggesting Jews were behind 9/11.

How do any of these putrid conspiracy theories amount to criticism of Israel?

We’re currently operating in an environment where, when it comes to Jews and Jews alone, anything goes. It’s all, including literal white supremacist thought, “legitimate criticism”.

This is a problem.

The IHRA definitions would’ve never suppressed criticism of Israel. In fact, the definition explicitly states legitimate criticism is not antisemitic, anticipating the objections from people, like John Minto’s charming Deputy, who want to claim that “Jews did 9/11” is a rational foreign policy critique. The media certainly could be playing a greater role here, but, to date, has been distressingly absent.

When John Minto ran in the recent Christchurch mayor election and won over 8,000 votes no outlet was interested in addressing his organisation, nor the rancid anti-Jewish content he permits on his Facebook page, despite nudges from concerned New Zealand Jews. Would there be the need for such definitions if the media treated antisemitism the same way it did other forms of racism?

Protecting freedom of expression is always a priority, but don’t be fooled by the sudden conversion to this core liberal value of a rabble of reactionary activists. The previously mentioned critics of the definitions want to protect their right to continue to pump toxic tropes and conspiracy theories into the discourse without consequence, something that has unquestionably normalized antisemitism and dropped our community in this quandary. I certainly don’t seek to confiscate their tinfoil hats; they are free to accessorise as they please. And, again, I would welcome their pungent views being exposed and expunged by having the media drag them into the spotlight. But, as mentioned, for some reason this isn’t a topic our press seems to take seriously at all.

The IHRA definition does not and should never be allowed to hamper Free Speech. If it ever went that way, I’d do everything in my power to fight it. But, as an educational tool, it could be an effective map to reorientate people after an onslaught in recent years that’s normalized anti-Jewish tropes to the point some just cannot tell what is and what isn’t antisemitic anymore. Creating a standard to raise awareness as to what the tropes certain groups are using truly represent is a positive if you, like me, view education as being a far better solution to racism than outright banning speech.

We, in the Jewish community, know what antisemitism is. After thousands of years, antisemitism really hasn’t changed all that much in its core messaging. The IHRA definitions are simply asking you to trust us when we say “we ain’t new to this”.