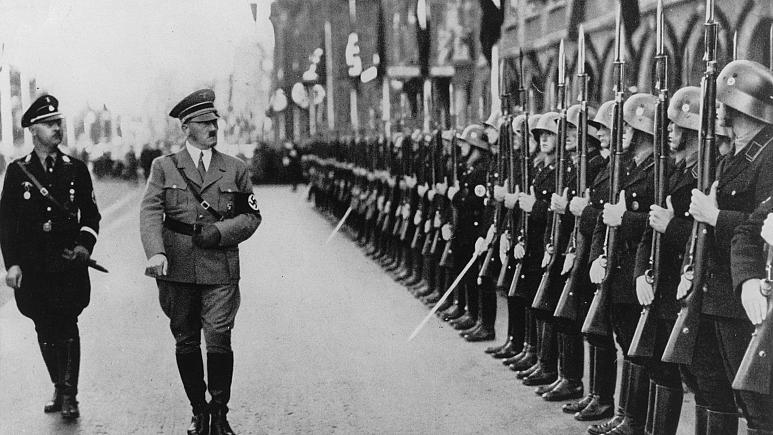 That was my youngest son, probably about 8 or 9 years old at the time, desperately wanting his old man to witness his gaming prowess and thinking the fact he was mowing down Nazis might sweeten the deal. I gave in and watched, and it was a virtual bloodbath alright, but I felt I had to curb his enthusiasm with a reminder that in our not too distant past the Third Reich had been anything but a game. He waved me away with an assurance he’d absorbed my numerous lessons on WW2, upped his health and recommenced shooting.

A few months pass and I am in Auckland on business.  I call home and my oldest son picks up. I ask him what everyone had been up to.

“The Pianist” was the 2003 best picture winner, directed by Roman Polanski and based on the Holocaust memoir by the Polish-Jewish pianist and composer Wladyslaw Szpilman. Polanski, himself a survivor, had made an unflinching film from source material, and when I asked to speak to my young son, I got someone decidedly more subdued than the exuberant gamer. He was far too young to watch a film so graphic, so harrowing, but it couldn’t now be unseen. He wanted to talk about it. I could tell he was trying to grasp not only how such evil could exist, but why it would specifically target him. It had brought him face-to-face with evil in a way my words couldn’t, which in turn meant coming face-to-face with his Jewishness.

In a recent obituary for Austrian/ New Zealander Willi Huber, a founding father of Canterbury’s Mt. Hutt ski area back in the 70’s, Area manager James McKenzie said that “Huber’s Run” would keep its name, regardless of Huber’s time in the Waffen-SS.

“The context of what he went through in the war, nobody knows for sure what people did way back then.”

In truth, no mystery shrouds the activities of the SS, beyond a cloak of ignorance, which it appears had been regulation attire on the slopes Huber worked on.

Willi Huber was no “grunt” (a private in the regular army) but a committed fascist. The group that he had volunteered for (that’s right, volunteered), was the paramilitary wing of the Nazi party; Hitler’s agency of security, surveillance, and terror within Germany and German-occupied Europe. The SS were the “ideological warriors”, whose hearts and minds were fully committed to the Hitler’s vision of racial supremacism and his war of extermination against peoples considered subhuman. A third of the make-up of mobile killing squads responsible for untold mass murders, were Waffen-SS recruits. At the Nuremberg Trials (where, contrary to Mr. Mackenzie’s claim, what people did way back then was often made devastatingly clear) the SS were judged to be a criminal organisation on account of its being a branch of the Nazi party, and for its carrying out of countless atrocities. Comparing Huber to an ISIS fighter would be completely apt.

McKenzie can be forgiven to an extent (though a decision to defend Huber should’ve warranted picking up a single book), but members of our media have no excuse. In an agonizingly tone-deaf 2017 segment for current affairs show “Sunday”, veteran journalist Cameron Bennett oversaw a what he clearly viewed as a fluff-piece on a cuddly old man who started life as a Germanic Tom Sawyer “off to see the world” and who, after a “Boy’s Own Adventure” ended up sprinkling joy and happiness across the Southern Alps.

“I give it to Hitler”, Huber beams at one point in the segment, “He was very clever. He brought Austria out of its dump; you know”.

In this piece, Huber proudly shows off his war medals, accolades earned supporting a homicidal maniac’s putrid ambition to render Europe, and parts of the East, an open-air abattoir. These medals (which we can assume made their appearances at Huber’s prompting) feature in all the pieces on Huber I’ve read online. In a profile from 2014 entitled “Heartland Heroes”, there is a revealing paragraph in which Huber speaks of finding himself offside with fellow countrymen upon returning to Austria, who ended up dobbing him into the Americans.

I wonder what on earth could’ve possessed them to do that, Herr Huber?

The term “fascist” must be in the running for most overused word of our age, and one that rarely bears any resemblance to its targets. Yet, when the real deal dies – a fascist who fulfilled his dreadful potential in willingly offering his services to one of the most blood-drenched racist projects in world history, the usual suspects have nothing to say. Meanwhile, on the Right, we often hear it said that minority groups (Jews, Maori most definitely) live in the past to the detriment of their, and even our collective present. But, as the strange case of Willi Huber proves, being tethered to the past in such a way, is to be tethered to the truth. And to allow one’s conscience to be unshackled from the past (a liberty my son, in that screening, realized he just doesn’t have) is to nod, smile and take another sip of cocoa when an SS soldier tells you he is a hero.

It’s a cliché, but I’ll say it: To know your past is to know your present. Or, in a new version crafted especially for the passing of Herr Huber “To know the past is an imperative, if there’s to be any hope of seeing the monsters walking among us”.

Shalom.Kiwi @ShalomKiwi @IsraelinOZ: Over the weekend the National Carillon and Telstra Tower Canberra were illuminated with the colours of the #Israeli and #UAE flags to celebrate the first anniversary of the #AbrahamAccords! Did any Canberra locals catch these stunning displays live? https://t.co/EWMqkG8yHc

h J R
Shalom.Kiwi @ShalomKiwi @JulietMosesNZ: Good news: the “f*ck the Jews, rape their daughters” guys, who prompted warnings to Jews to stay at home for their safety, have been charged. https://t.co/2MYSc29qur