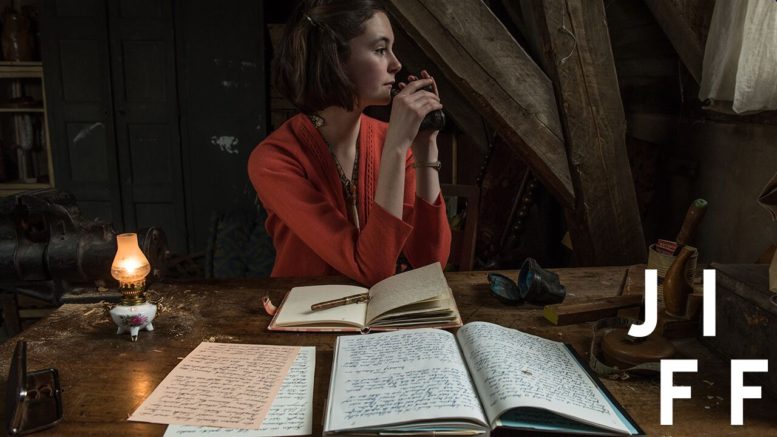 Shana Tova Umetukah from the team at the Jewish International Film Festival.

Relive the drama, meshugas, tears and fress of Rosh Hashanah at JIFF 2016: sweeter and fuller than ever before!

In 2016, we enter the 27th year of Jewish Film Festivals in Australasia, with this being the 5th iteration under the Artistic Direction of Eddie Tamir. From humble beginnings, this year is our biggest yet, and we’re delighted to present the very best of Israeli and Jewish-themed cinema, from all across the globe.

We know that festivals – holy or otherwise – are about family, and this year at JIFF, we’ve got exciting content for cinephiles of all ages!

With 68 premiere features and documentaries from 19 countries including Argentina, Denmark, France, Germany, Greece, Israel, Morocco, the Netherlands, Poland, South Africa, Spain, UK and USA, we’re thrilled to continue to celebrate the infinite diversity of our fascinating culture through drama, humour and suspense.

Pick up a program from the Academy Cinemas foyer, or browse online here. Some highlights include:

Since the publication of her diary in 1947, Anne Frank’s clever observations and insightful descriptions have helped generations of young people to imagine the horrors of Nazi persecution. Based on the uncensored original diary, this film, which premiered at Berlin International Film Festival, introduces Anne’s story to a new generation. Forward have called it “the best Anne Frank adaptation we’ve ever seen,” and JIFF is proud to present the Australian premiere of The Diary of Anne Frank: a truly unforgettable film.

A riotous comedy about a dysfunctional family, an attempted heist, and a darn good pickle, The Pickle Recipe tells the story of Joey Miller… the undisputed king of Detroit party emcees. During his latest, one-of a-kind wedding performance, all of his prized sound equipment is destroyed in a freak accident—and as luck would have it, his daughter Julie’s bat mitzvah is only four weeks away. After exhausting all of his options, he finally turns to his shady Uncle Morty, who agrees to give him the money to get back into business–but under one condition: Joey must go and steal his grandmother Rose’s famous top secret pickle recipe which she has vowed to take to her grave. A laugh-out-loud film for pickle lovers of all generations!

Films will be shown at Academy Cinemas, Auckland

7:30PM Jerry Lewis: The Man Behind the Clown

2:30PM The Diary of Anne Frank

11:00AM Arthur Miller: Man of The Century