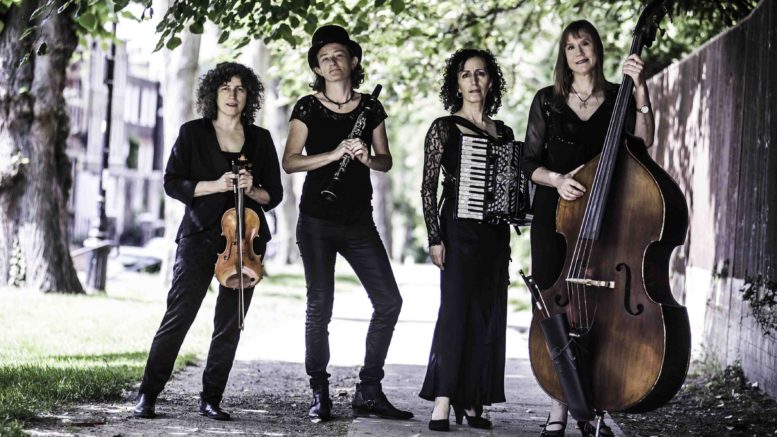 The London Klezmer Quartet’s fourth album, ‘To the Tavern’, takes their evocation of the celebratory and soulful music of Jewish Eastern Europe (‘klezmer’) to a whole new level. The recording, which they will recreate live in performance for the tour, is a dawn-to-dawn story about a klezmer band’s arrival in a small town.

With a wealth of traditional-style compositions by the band, the adventure weaves fabulous instrumentals with the irresistibly sonorous vocals of Indra Buraczewska, who features in traditional laments, a Warsaw Yiddish theatre hit with a hint of jazz (‘Goodbye New York’) and even a song about beetroot soup!

A band arrives at dawn at the railway station in a small middle-European country town for a 24-hour sojourn. The musicians find their way around, get to know the locals and lead a rowdy session at the local tavern, before exhaustion sets in as they see in the new day.

The spirit of the album reflects current and perennial themes of migration and community.

With artistry like this, the music doesn’t have to be reinvented.”The London Evening Standard

Dynamic and authentic,”Time Out, London

The dates for the NZ tour are below, starting on January 25th in Motueka. For concert bookings and CD sales go to www.londonklezmerquartet.com. 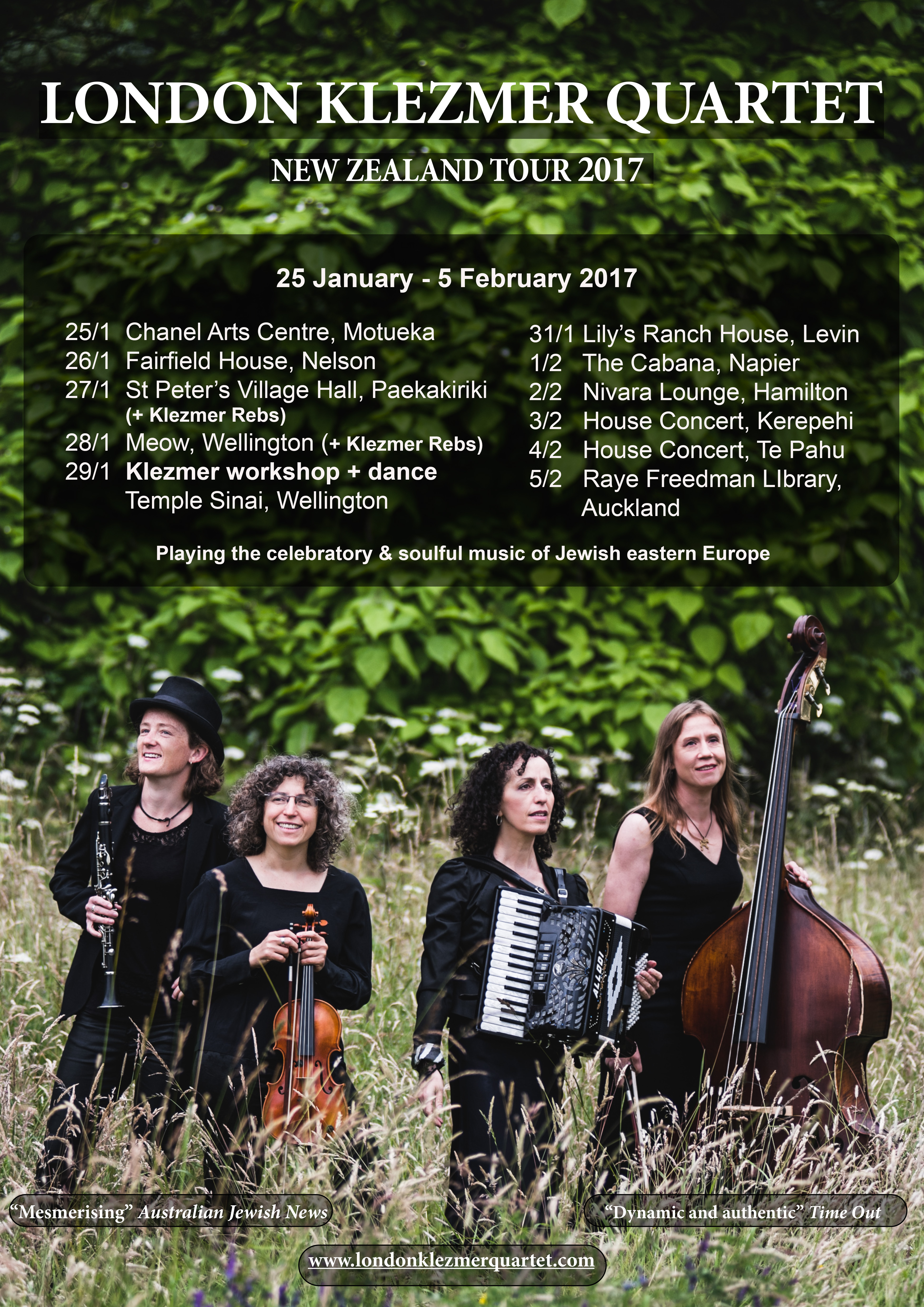