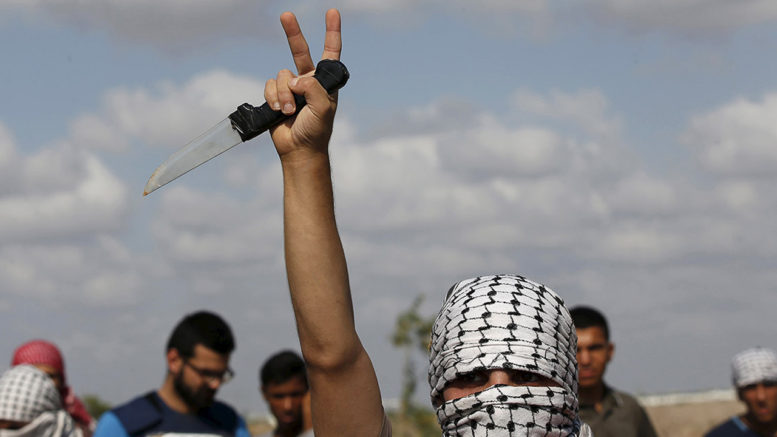 Dr. Robin Briant claims to have lived in the West Bank and Gaza in 2003-2004 while working for Médecins Sans Frontières (Doctors Without Borders/MSF). MSF consistently abuses its status as a humanitarian organization, with anti-Israel political campaigns that excuse Palestinian terrorism.

Judging by her recent New Zealand Herald op-ed, Briant’s understanding of the Israeli-Palestinian conflict is as narrow as it was some 14 years ago, as seen through MSF’s warped lens.

Briant was in Israel during the height of the Second Intifada, yet apparently was unaware of (or ignored) the countless Palestinian suicide bombings and shooting attacks against Israelis at the time that killed hundreds and injured thousands of innocent Israelis. Instead, in her role for MSF, it seems her task was to focus only on providing medical services to Palestinians who were “unable to move” and whose lives were made “miserable and dangerous” because of Israeli settlements.

Given the intense security situation at the time, it is odd that Briant fixates on the issue of settlements and how Palestinians are victims of settlements, considering the horror and trauma that Israelis were going through then. It appears that Briant has simply grabbed on to the latest stick with which to beat Israel – UN resolution 2334 – and attempted to rework it into her former experiences.

She describes the “violent” process of building those settlements:

The first essential is land on which to build, but the land all belongs to other people, who have been there for decades if not centuries, and they do not want to sell. There is no polite negotiation, no legal sale and purchase agreements here; just take the land, by force.Robin Briant

This is a complete distortion of the facts and of Israeli and Jewish history. Israeli settlements are built on state-owned land. The Israeli state recognizes land that is privately owned by Palestinians. Purchases of land, building and demolitions go through stringent legal procedures.

Briant explains how Israel uses hills, walls, roads and checkpoints to secure settlements “from enraged, disenfranchised Palestinian victims who must not be allowed anywhere near.”

But she doesn’t explain why settlements would need security measures. Only last year, among many other attacks, a Palestinian terrorist murdered Israeli mother of six Dafna Meir on her doorstep in Otniel, and another broke into a home in Kiryat Arba and stabbed to death a 13 year old Israeli girl, Hallel Yaffa Ariel, asleep in her bed. But even the heinous attacks in the 2015 terror wave do not compare in scale to the Second Intifada. For years Israel grappled with how to deal with the problem, eventually building the security fence that led to a drastic decrease in Palestinian attacks.

Briant moves from settlements onto checkpoints, which she describes as:

heavy fortifications, manned around the clock by permanently armed soldiers who never take their right hand off their weapon or their index finger off the trigger. These soldiers appear to be in the business of delaying or denying transit by Palestinians for whatever arbitrary reason they can think of. I have witnessed thousands of men, women and children humiliated at checkpoints… just made to wait for no reason other than they, the soldiers, can make them wait. Violence at checkpoints is common and many Palestinians have lost their lives trying to cross.Robin Briant

So the Israeli soldiers are tense, violence is common, Palestinians have lost their lives… yet some information seems to be missing from that paragraph. Whether she is describing checkpoints then or now, their purpose is to protect civilians from terrorism; violence happens because Palestinians like Rami Awartani, Ali Abu Marim and Halawa Aliam (caught on video) attack guards who then defend themselves.

Briant makes a vague reference to Palestinian terrorism, but only calls it “retribution,” which she claims is a result of their frustration and “understandable” anger at settlements. This ignores the violence against Israelis before the state was even established, and the fact that withdrawals from settlements in Gaza led to increased violence. This also ignores the role of Palestinian incitement to violence against Jews anywhere in Israel, such as this cartoon which called to “burn down Tel Aviv,” or the false rumors about Israel wanting to change the status quo of the Temple Mount, that fueled the wave of violence last year.

Like the article itself, the photos used to illustrate the article are also misleading. They show rubble of illegally built houses in Kalansua – but this is an Israeli-Arab town, not a West Bank settlement.

The article is so lacking in context you have to wonder whether Briant was perhaps living in a cave in the hills of the West Bank, cut off from all media and communication outlets and from Israeli towns.

Fourteen years later, her perspective is just as narrow as it was then. Worse than even implying an equivalence between settlements and terrorism, she actually displays more sympathy for terrorists than their victims.