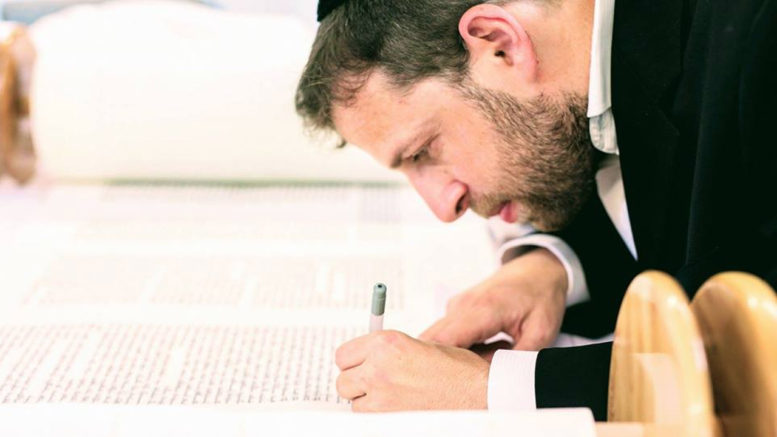 The Wellington orthodox Jewish community celebrated the dedication of the first Sefer Torah to be written specifically for the congregation in its 173-year history. The project was initiated by life-long community member Martin Chait before he passed away last year aged 75. Martin was a well-known local personality as the owner of the Dixon St Deli and two cafes. Speaking before he passed away Martin Chait said:

I have lived a blessed life, a happy life. It is my pleasure to help give something back to the community.”Martin Chait

The project was completed by Martin Chait’s family with the help of generous supporters from Wellington and beyond in time for the Torah to be dedicated a few days after his stone setting. 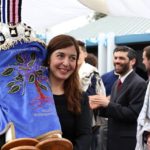 Chait’s daughter, Sarah Chowen, said her father “would have been laughing” if he had been able to be at the ceremony on Sunday. “He had so much fun working on this project,” Chowen said in an emotional tribute. “It’s an amazing legacy he’s left for his whole community.”

Scribe Azriel Glick spent 10 months carefully writing the 304,805 Hebrew characters before the final touches were made on Sunday. It’s the first time in the community’s 173-year history that a Torah has been written specifically for the Wellington Jewish community. Wellington Jewish Community Centre Chairperson Prof Claire Massey said:

This is a momentous milestone for our congregation. We’ve used many sifrei Torah over the years but they’ve all been written for or brought from other communities elsewhere. This is the first to be written in New Zealand specifically for our congregation.”Prof Claire Massey

The community came together as the final words were written on behalf of local rabbis and leaders, before the scroll was paraded through the courtyard of the Wellington Jewish Community Centre, to Yiddish music and in the presence of Government ministers, ambassadors, and many other local dignitaries. The Wellington Jewish Community Centre’s rabbi, Rabbi Yitzchak Mizrahi, noted:

For many in the community this is a once-in-a-lifetime opportunity to fulfil the mitzvah of writing a Torah. We’re blessed that Martin Chait has continued to contribute to our community even after his passing by giving so many the opportunity to participate in this mitzvah.”Rabbi Yitzchak Mizrahi