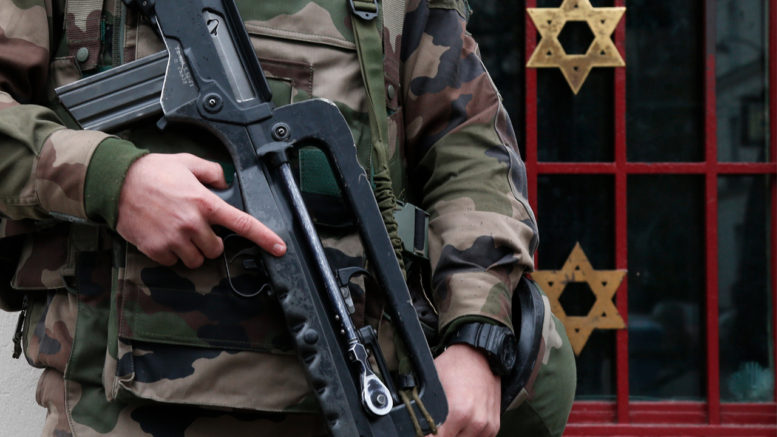 Shalom.Kiwi previously reported on the repeated anti-Semitic and misogynistic content of sermons given by Sheikh Dr Mohammad Anwar Sahib. While Sahib was stood down from his prominent role within the Federation of Islamic Associations of New Zealand (FIANZ), the New Zealand Jewish community expressed concern at his continued stewardship of, and preaching at, the at-Taqwa mosque in Auckland. Sahib has not retracted any of his statements, but rather has insisted they were taken out of context and has himself demanded an apology.

In an opinion piece for the NZ Herald, Nicolas Pirsoul, a Belgium-born doctoral candidate at the University of Auckland with expertise in international relations, democracy, and Middle Eastern politics warns New Zealand that Sheikh Sahib “is only the tip of the iceberg”. Pirsoul writes:

Isis, Al-Qaeda, Boko Haram, and other terrorist organisations are all inspired by a particular understanding of Islam: Salafism.

Salafism is an extremist, literalist, and intolerant form of Sunni Islam. Its origins are hard to trace, but it is commonly argued that 13/14th century theologian Ibn Taymiyyah strongly influenced the development of modern Salafi thought nearly five hundred years later.

Salafism obtained the important political power it continues to hold today when Muhammad ibn ʿAbd al-Wahhab formed an alliance with the al-Saud family during the 18th century to give birth to the Saudi version of Salafism, Wahhabism, the state religion of the current kingdom of Saudi Arabia.

As Saudi Arabia developed as a major political force, due in large part to its oil production and its status as one of the West’s principal allies in the Middle East, Salafism further expanded its political and geographical influence. Saudi Arabia has continued to use its wealth to propagate Wahhabi ideas through the Islamic world and Muslim communities in the West.

Ever since the September 11 attacks, the West has become far more aware of the threats posed by Sunni extremist organisations. The number of more recent attacks, especially in Europe, has forced many nations to grapple with these developing threats.

In Belgium, my country of birth, the March 22 bombings which killed 32 civilians and injured over 300, revealed two major issues: the strong presence of Salafi ideology in Belgian Sunni mosques on the one hand and the ignorance and leniency of Belgian authorities towards this issue on the other. These two major problems are also evident in many other Western nations.

Belgium was also the country where an Islamist opened fire at the Jewish museum, killing four people. And it was the base for a series of attacks, including the 1995 and 1998 bombings in France.

Indeed, a number of Belgian investigative journalists have exposed the radical discourse of several preachers in Brussels and other cities. These Salafi-minded discourses are heavily at odds with values such as democracy, freedom of speech, or religious tolerance.

The journalists have also exposed the lack of financial transparency (and sometimes illegal practices) of many Islamic institutions, as well as the strong ties existing between some of the main mosques with Salafi tendencies and the Kingdom of Saudi Arabia.

For example, Brussels’ most prominent mosque was placed under the direct tutelage of the Saudis when the Belgian King gave them the keys to the place of worship in 1969.

It is not very difficult to explain why Belgium, and other Western nations, has given so much liberty to the Saudis to propagate their intolerant extremist understanding of Islam within their country. Economic dependence on oil is perhaps the most obvious explanation, but Western authorities’ continued ignorance of Islamic history and its varied schools of thoughts resulting in considering Salafism as representative of Islam is probably another factor.

Investigative journalists also uncovered deals made between terrorists and the Belgian government under which a blind eye would be turned to conspiracies hatched on Belgian soil in exchange for immunity from attacks in Belgium. There is no evidence of such deals in New Zealand. However, it is a concern that Kiwi jihadis have been trained overseas and not fallen foul of the law. As with Sheikh Sahib and others, there is also great liberty to propagate extremist interpretations of Islam in New Zealand, with FIANZ and the government seemingly taking little action to prevent this.

I believe that a number of lessons can be learned from Belgium. This is particularly true for countries such as New Zealand where the problem of Islamic extremism is much more manageable.

First, it is important to recognise the existence of a problem and not to underestimate it. The recent hate speech controversy, involving a cleric from the at-Taqwa mosque in Manukau, is only the tip of the iceberg and follows a well-established pattern of other events involving Salafi clerics preaching in New Zealand, such as Egyptian cleric Sheikh Abu Abdullah a couple of years ago. It would be naïve to think that our nation’s Sunni oriented mosques are immune to Salafi ideology and its intolerant and sometimes violent interpretation of Islam.

It would equally be naïve to believe that New Zealand is free from economic ties with the Saudi Kingdom, as the controversial Saudi farm deal recently underlined. The extent to which these economic ties influence the ideological makeup of Islam in New Zealand is uncertain.

It is important that New Zealand does not imitate the leniency of other Western nations towards these issues.

The recently-passed Foreign Fighters Bill and increased funding for security services are good steps. The NZ Intelligence Community has named “violent extremism” as the top threat facing New Zealand and recognised the wider context of “rapid social change” but has fallen short of linking extremism to Islamist ideology.

Second, it is important to understand and adopt the right attitude towards the problem of Islamic extremism. Extremism thrives on division. Mainstream stereotyping and discrimination against Muslims has helped Salafism, and its Manichean worldview, to grow in Europe. It is therefore critical that New Zealand should remain an inclusive and tolerant nation by embracing its diverse Muslim community.

The majority of Muslims, conservatives or not, reject violence and intolerance. They are allies in the fight against terrorism.

By creating a New Zealand model of multicultural citizenship, where Kiwis of all ethnic groups and faiths live with and are supportive of each other, we can become a role model for the world and avoid replicating other nations’ mistakes.”Nicolas Pirsoul

We certainly do not want to end up in the position of Belgium, France, and other places – where troops need to be deployed in neighbourhoods, synagogues, and schools. Let’s hope we can learn from the experience of Europe, and find pro-active ways of ensuring that New Zealand is, indeed, a role model.