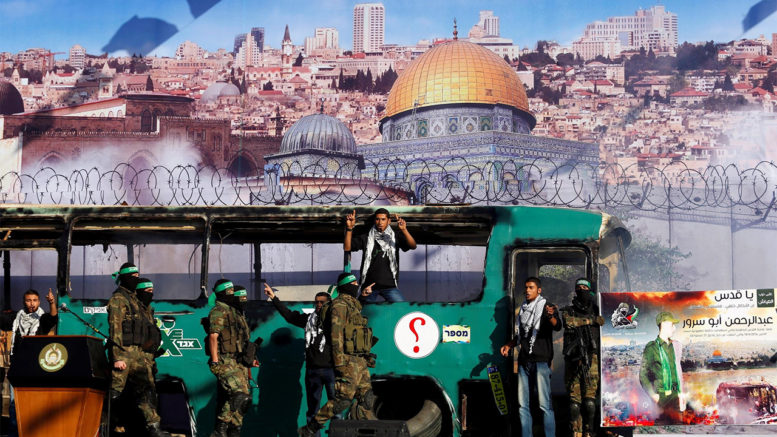 Hey, you didn’t forget about The Occupation for a minute did you? No silly, we are not talking about  Northern Cyprus, Tibet, Crimea, Balochistan, Western Sahara, or any of the other occupations around the world that you never hear about.

We are talking, of course, about the Palestinians and their quest for self-determination.

The perpetually aggrieved Wellington Palestine Group (WPG) has been crusading again, apparently concerned that fair-minded Kiwis might momentarily forget about The Occupation or not have it at the forefront of their minds, and consequently fall prey to the subversive idea that attacks on innocent Jews are not justifiable.

In May Shalom.Kiwi reported on a decision by the Broadcasting Standards Authority (BSA) that upheld a complaint by the Wellington Palestine Group (WPG). That complaint alleged that a One News broadcast mislead viewers into thinking that a stabbing of a 70-year-old woman in East Jerusalem was in “a legitimate part of Israel and thus any resistance to The Occupation cannot be legitimate”. According to the BSA, “East Jerusalem is internationally recognised as being part of Palestine, and viewers would have been misled into thinking that much of the violence took place in Israel”. The BSA have essentially ruled in agreement with the notion that attacks on innocent Jews are acceptable, as long as they occur in certain places.

No doubt emboldened by that decision, the WPG has laid more complaints. This time, in relation to two separate Newshub reports from April: one item referred to the controversial shooting of a Palestinian assailant that identified footage as occurring in “Hebron, West Bank”. The other referred to a bomb attack on a bus identified only as occurring in “Jerusalem”. This time, though, the BSA did not agree with the WPG.

According to the WPG, references to Israel in the items and failing to identify the locations as being in “Occupied Territories” or “Occupied Palestinian Territories” may have misled viewers and contributed to a “knowledge myth”. This meant that “the reason for the [terror] events (ie. that they occurred in response to occupation) was lost.”

The BSA found that from an international law perspective, “Occupied Territories” or “Occupied Palestinian Territories” were identifiers available to the broadcaster. But their absence did not, in these items, mean that both items were presented inappropriately.

It is pleasing that the BSA found against the WPG in this case, and that broadcasters still have the freedom to decide for themselves whether they mention The Occupation every time Jerusalem or the West Bank is referred to. But there is still much to be concerned about in terms of the principles behind both the WPG complaints and the BSA statement.

Let’s ignore for the moment the fact that there are many renowned international lawyers who do not parrot the party line that the West Bank and East Jerusalem are occupied, because they were acquired in a defensive war in 1967 from Jordan.

One issue is that the bombing of the bus occurred in Talpiot, a part of south-east Jerusalem that was developed by Jews in 1922, well before the state of Israel was established, and well before the 1967 war. Talpiot has always been a Jewish neighbourhood. Once again, just as with the UNESCO resolutions Shalom.Kiwi has reported on, we see an incremental de-Judeaization of Jerusalem.  The BSA, once again assuming its self-appointed role as arbiter of international law, considers that it would have been appropriate to describe the location of the bombing as being in “Occupied Territories”. According to the BSA, ruling from New Zealand, all of Jerusalem, the Jewish neighbourhoods as well as the Arab and mixed neighbourhoods, are all occupied. Israel even occupies Jews!

What is most disturbing, however, is the morally repugnant premise of these complaints by the WPG, which is that terrorist attacks that occur in “Occupied Territories” are legitimate or in any way justified. By even getting into semantics, and noting that “geographic descriptions used by broadcasters can have a significant impact on the audience’s understanding of, and views on, the conflict” it seems that the BSA is countenancing this abhorrent view, even though in this case it found against the WPG on the facts before it.

Essentially, the BSA is endorsing a view that it’s at least understandable, and apparently justifiable, to attack and kill Jews in areas under ”occupation”. If the audience knows that the area is under occupation, it will be sympathetic to the attacks. Conversely, it must follow that, if the attack is in an area not under occupation (according to the BSA’s nebulous definition) the WPG will not be able to justify it according to its warped moral compass, and the audience will not be entitled to feel sympathetic.

So, if a bus travelling through East Jerusalem is bombed, that is heroic resistance (Good). But if the bomb does not detonate until three metres over the “green line”, the 1948 war armistice lines, and even though those lines are not physically demarcated, this would not be legitimate resistance (Bad).