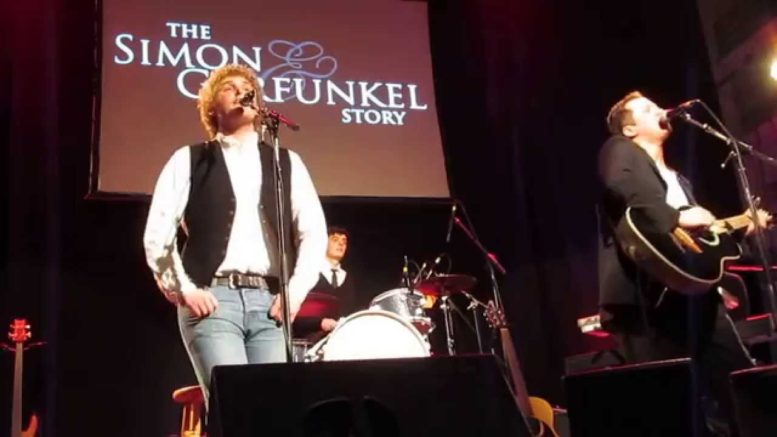 Following a sold out season on London’s West End and various cities across Europe, the UK production of The Simon & Garfunkel Story returns to NZ for a four centre national tour.

Playing one night only in each of Wellington, Auckland, Dunedin and Christchurch from 22 – 27 July, the production was a sell-out smash hit in Auckland in 2016 and is back by popular demand.

This acclaimed production tells the fascinating tale of how two young Jewish boys from Queens, New York went on to become the world’s most successful music duo of all time. Starting from their humble beginnings as 50s Rock n Roll duo Tom & Jerry, The Simon & Garfunkel Story takes the audience through all the songs and stories that shaped them, the dramatic split, their individual solo careers and ending with a stunning recreation of the legendary 1981 Central Park reunion concert.

Using a huge projection screen, the show features 1960s photographs and film footage accompanied by a full band performing all their hits including Mrs Robinson’, Bridge Over Troubled Water, Homeward Bound, Scarborough Fair, The Boxer, The Sound Of Silence and many more.

The Simon & Garfunkel Story features UK performers Sam O’Hanlon as Paul Simon and Charles Blyth as Art Garfunkel. Sam studied at the Mountview Academy of Theatre Arts and graduated with a BA Hons in Musical Theatre in 2014. Whilst training he was selected as a finalist for The Stephen Sondheim Student Performer of the Year award that performed at the Garrick Theatre in the West End of London. Charles Blyth graduated from Italia Conti Academy of Theatre Arts and since then he has worked on numerous theatrical projects.

Both actors/performers have been performing as Simon & Garfunkel across the European and UK tours for several months and look forward to a successful tour of NZ and Australia with the show.