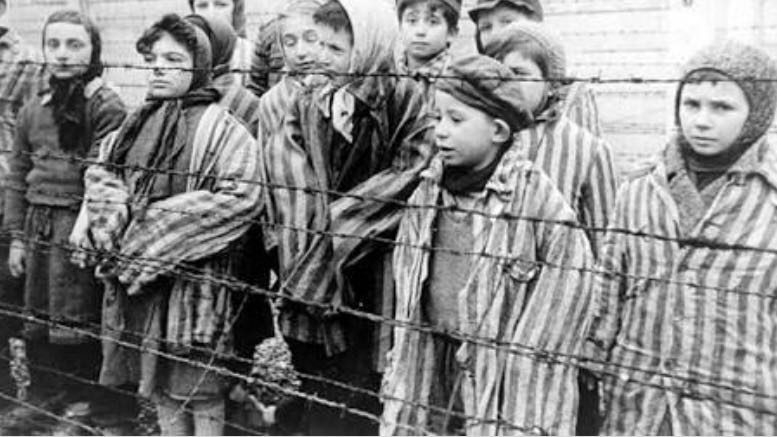 We often question the purpose of learning about the past. How can history be relevant in an ever changing world? As the political poles move further apart, there are few issues that can cross the bridge of partisanship. Remembrance must be one of them.

Hearing the harrowing stories of how a ‘seductive’ ideology was used to uproot an entire people, systematically murder millions, and tear communities, families, and livelihoods, apart is an incredibly powerful experience. These accounts hit particularly close to home when they come directly from your grandfather, whose cousin, along with his entire family was on the last train out of Amsterdam to be murdered at Auschwitz. The raw emotion that I felt when first hearing these stories struck me with anger, confusion and frustration at how any human could wish this fate upon anyone. But, despite this, and in the face of it, we all strive to learn from these atrocities and recognise similarities occurring today, as foreign as those similarities may seem.

As such, education becomes the driving force for change. I was fortunate enough to be part of a school and community that endeavoured to warn me that bystanders can allow twisted views to thrive. If the thousands of people who remained silent in Germany or throughout the world had found a voice and spoken out against the regime that tried to destroy my culture, then there is no way such violence could have occurred. On a day such as the United Nations Holocaust Remembrance Day, we must, of course, recognise the pain and suffering of our ancestors. But just as importantly, we must understand our duty to make a difference across the world and never let anyone else feel our pain. As you are reading this article today, North Koreans are being kept in concentration camps, the South Sudanese are engaged in a brutal war with their government-sponsored oppressors, and the Rohingya minority in Myanmar are being unapologetically ostracised and murdered. I use these examples not to undermine the importance of the Holocaust, but to highlight the commonalities that continue to exist.

Throughout time, these horrific acts have been justified by the excuse that one was merely ‘taking orders’. Historian Christopher Browning cites the Police Battalion 101 as an example in the Holocaust of ‘regular’ men being transformed into genocidal monsters. Despite murdering approximately 83,000 innocent men, women and children with brutal tactics, only one man received a punishment over 8 years imprisonment. This perfectly highlights an issue that continues to exist regarding the culpability of people. The Holocaust could happen because people could offload liability to higher powers. If we are to live in a world, free from these terrors, we must use accept our duty to take responsibility for all our actions, no matter how insignificant those actions may seem.

The Holocaust must serve as force to bring us all together, accept the failures in our humanity, and provide a platform to learn about creating a more harmonious future. It is often easy to succumb to the position of the bystander, citing arguments such as ‘it’s not my place’ or ‘it doesn’t affect me’. But when the stakes are as high as whether an entire ethnic group survives, as in the Holocaust, it is the moral duty of us all to take a stand and see what we can do. By understanding our history, we can acknowledge that the Holocaust was not an isolated incident, and that the ‘bystander’ attitude is a consistent feature throughout historical atrocities, broken only by, acceptance, education, remembrance, and action.

You may choose to educate yourself by listening to the inspiring Holocaust survivors, who tell their stories not only as a warnings to the capabilities of humanity for evil but as beacons of hope for survival against all odds. Or, you may choose to read historian’s accounts of how the survivors themselves were able to stand up to their oppressors, even in the most trying of times by continuing to practice their Judaism and praying the ‘Amidah’. Regardless, today, everyone should make a conscious effort to take a lesson from our history and learn something new about such a horrible time. Do this so you can never be put into the position of a bystander, so you can never use the excuse of ‘just taking orders’, and so you can instead stand up against oppressors, even if they are not directly against you. George Santayana said, ‘Those who do not remember the past are condemned to repeat it’. We will never forget.