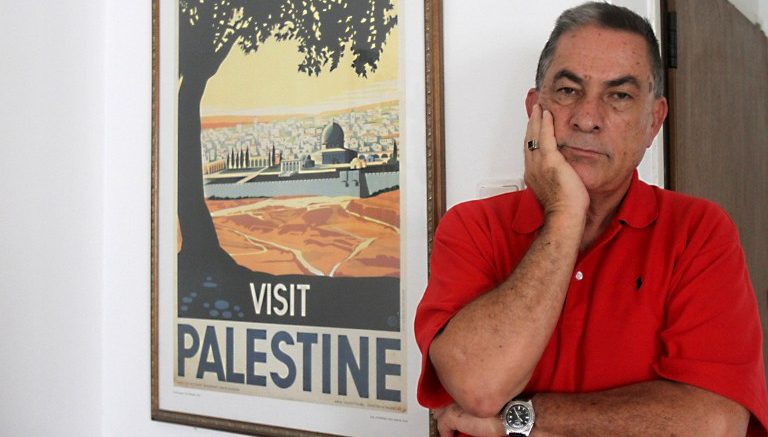 I’m no biblical scholar, but if I was asked to name great Jewish prophets off the top of my head, Moses, Abraham and Jonah would likely get a mention. Gideon Levy, the Israeli commentator, would not.

Nevertheless, on Levy’s visit to New Zealand in December, the unctuous RNZ interviewer Wallace Chapman observed with awe that Noam Chomsky had called Levy a “Jewish prophet”. That, Levy replied, was an exaggerated description, noting however that Chomsky is an “intellectual giant”. On searching for the source for this Chomsky quote, all I found was Levy’s own pronouncement that Chomsky had anointed him as such.

Levy spent much time in his self-aggrandising interviews – including one on each of TVNZ1 and RNZ, as well as in Australia – explaining how he holds a mirror up to Israeli society and tells Israelis the truth that they are blind to and brainwashed about. Blind and brainwashed, I guess, because Israelis are not interested in politics, Jews are not ones for self-reflection and enquiry, and the Palestinian issue garners scant attention in the media, at the UN, and on campuses.  He heroically takes on this role – despite the vitriol he attracts and near-death experiences on his regular West Bank visits – because he cares about his people, and is a patriot. A patriot, mind you, who wants to dismantle his homeland, the one Jewish state in the world.

Levy, as with most one-staters, obfuscates this, cloaking his desire for the demise of Jewish self-determination in the language of human rights.  He has written that Zionism “contradicts human rights, and thus is indeed an ultranationalist, colonialist and perhaps even racist movement, as proponents of justice worldwide maintain”. His solution is a state where Jews and Palestinians have equal rights. Who could not want that, he asks?

Sure, it is a beautiful notion. It’s just that, in looking for a paradigm, British Mandate Palestine does not inspire optimism, and out of the 49 Muslim majority states, it’s hard to find a true democracy, let alone one that has warmly embraced its Jewish population; at best they have been granted dhimmi status (protections granted to non-Muslims) for a time before fleeing for their lives. What, then, could possibly go wrong?

Some interviewers raised the issue of Palestinian rejectionism of the Jewish state – as evidenced by their terrorism and the Hamas charter. This was both dismissed by Levy as Israeli propaganda, and justified (with no apparent sense of irony, as he repeated himself over several national broadcasts) as being the last resort of a desperate people with no other means to alert an indifferent world to a brutal occupation. He declared concerns over Israel’s existence and security to be “minor”, while asserting the “basic truth” that settlements are the major obstacle to peace, because 700,000 settlers in Judea and Samaria (the West Bank) and East Jerusalem have apparently killed off the possibility of a two state solution. No interviewer questioned whether land swaps could incorporate three-quarters of the settlers, or whether, just as Israel has over 1,000,000 Arabs citizens, the settlers could be citizens of a future Palestinian state, should the settlers be brave (or mad) enough to do so.

Levy’s advance publicity gleefully touted the fact that he has been called Israel’s most hated man. This was intended to be a drawcard, immediately conferring legitimacy upon him. There is nothing that Israel-haters love more than a self-hating Israeli, and no newspaper they love more than Haaretz, for whom he writes. Indeed, given that its circulation hovers around 5% of the Israeli print media, the paper’s main purpose seems to be to demonise Israel to the international press, NGOs, academics and other bien pensants. In an astonishing acknowledgment of its agenda in 2014, the paper’s owner wrote in an open appeal for subscribers that “you will become a partner in the ongoing effort to shape Israel as a liberal and constitutional democracy that cherishes the values of pluralism and civil and human rights. You will become a partner in actively supporting …the right to Palestinian self-determination”.

In the service of that agenda, Levy has told numerous lies. For example, in 2004 he purported to quote Golda Meir as saying that “after what the Nazis did to us, we can do whatever we want”. He later admitted that he had no source for the quote, but he continues to recycle it, including in his public lecture hosted by the “Palestine Solidarity Network in conjunction with Quaker Peace and Service Aotearoa New Zealand”. In 2012, his front page article “Most Israelis support an apartheid regime in Israel,” made headlines around the world. Inconveniently, the relevant survey showed the opposite. Haaretz issued a clarification.

Any credible journalist would question whether Levy himself is a credible journalist. And any person with more than a superficial knowledge of this conflict, or something less than antipathy towards Israel, would realise that Levy’s discourse does not withstand scrutiny. What struck me, in his interviews in both New Zealand and Australia, apart from the repetitiveness of the different interviewers’ questions and Levy’s answers – word for word in many cases – was what was not asked, and not answered. There was no discussion of Egypt’s blockade of Gaza, Palestinian rejection of statehood, or that over 90% of Palestinians live under Palestinian Authority administration in the West Bank. Levy wants to “rehumanise” Palestinians, but, as if it’s a zero sum game, he dehumanises Israelis as a monstrous homogeneous abstraction. He infantilises Palestinians, minimising their agency and accountability, stating that it is not for him to criticise them, while hysterically accusing Israel of apartheid and ethnic cleansing.

Levy’s sell-out tour may earn him a sizeable profit, but he is no prophet. He would have us believe that the Jews need saving from themselves, rather than from their neighbours, and they must follow him on the path to righteousness. But they refuse to take that path, because righteous self-destruction is not the Jewish way.