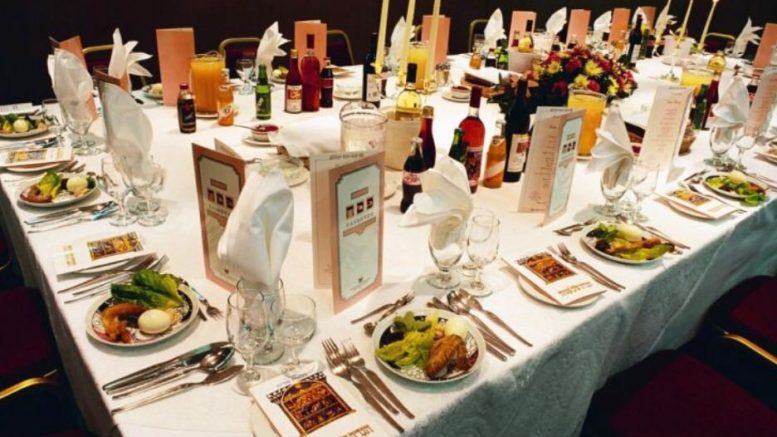 Passover has always been my favourite festival. It’s not eating a cardboard-like substance, sinus-clearing horseradish and other artery-clogging food that makes it so.

Even as a child, I recognised intuitively that there was something special and rich in meaning in sitting around at the Seder table with family and friends, recounting the story of Exodus, as Jews have done for millennia, and will for millennia more.

I have always loved the idea that as we, the first in the world, bring in Passover in remote New Zealand, we will be followed by millions around the world who will, just like us, gasp as they eat maror, laugh at the madness in the hunt for the afikomen, pronounce loudly “next year in Jerusalem”, sing “Dayenu” with gusto, unwisely fill up on chopped liver before the main course arrives, and titter at the mention of the House of Bondage. Ok, perhaps that last one is just me.

We got our exodus from the House of Bondage, but we forged a bond as a people that is unbroken. I believe there is no festival or event where we so strongly feel the heritage and shared rituals of the Jewish people of past and present, celebrate our origins and shared history as the children of Israel, are reminded of our enduring connection to and yearning for the Promised Land of Israel, and rejoice in our liberation and redemption as a people.

Even for those who are not religious, or do not believe literally in the story of Exodus, there is no event in the Jewish calendar more redolent of what it is to be Jewish than Seder: people, land, book.

But in the last few years, Passover has become even more meaningful for me. Because of course, on Seder we also remember the persecution and oppression of the Jewish people, not just as part of the story of Exodus, but through the ages.

As we sit at the table and feel the weight of history, freighted with pain, we recall all the manifestations of the oldest hatred; times when Jews have not been able to observe Seder, or have been forced to do so in secret, or while starving or fearing for their lives. And, for the last few years, it has been impossible to ignore that this hatred has not been consigned to history, as we witness its frightening rise, a phoenix from the ashes of the Auschwitz ovens.

When I sit down to Seder this year, I will think of the fact that, just this week, thousands of people have understandably felt compelled to march on the streets of London and Paris against antisemitism. I will mourn for Mireille Knoll, the frail 85-year-old Holocaust survivor who was stabbed to death and set alight in her Paris apartment this week, in an apparent antisemitic attack. I will remember the three Israelis, father, son and daughter, murdered in their home in July last year,  as they sat down to a Shabbat meal.

I will think of those who fear that, in displaying a sign of their Judaism on their doorposts, they are inviting the force of evil into their house, not telling it to pass over.

I will recall those who deny that the Jewish people have a millennial-long connection to the land of Israel, and that for as long as we have read the story of Exodus, we have yearned to return to that land. I will think of those who tell my people to get out of Israel, because we do not belong there. I will remember those who appropriate our history and invert our story, accusing us of oppression.  I will rejoice that we will never again cede our self-determination to tyrannical bullies, and that we have the strength to ensure we do not.  And I will scorn those who profane Passover, by sitting at our tables or sending us greetings, while denying that Israel, like Exodus itself, is the story of our nation’s hope, liberation and redemption. DAYENU.

This article, written by Juliet Moses, was originally published on Times of Israel blogs.