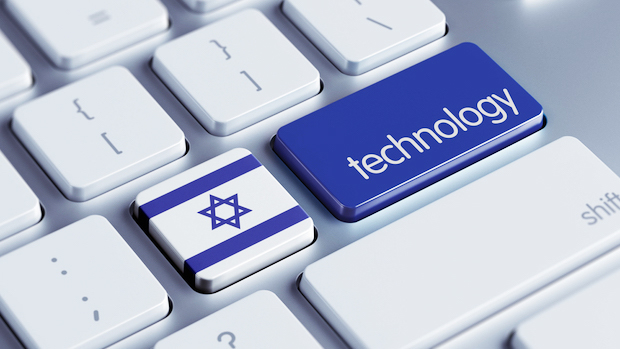 Israel, a country half the size of Canterbury, is often in the news, but rarely for positive reasons. On 14 May the Jewish homeland celebrates 70 years since its rebirth as a modern state under the mandate of the UN, in the defunct Ottoman Empire. It’s an opportunity to reflect on what Israel has achieved in its short life.

The inventions of the “start-up nation” include the USB flashdrive, the PC computer processing unit, voicemail and VOIP, instant messaging, the navigation application Waze, and driverless car technology.

Israel has more museums per capita than any other country. It was the first country to ban underweight models. Tel Aviv’s annual pride parade attracts over 200,000 participants. The icon of female empowerment, Wonder Woman, is played by the glorious Gal Gadot, an Israeli actress. When next eating a cherry tomato, remember that it was developed in Israel.

Israel is 60% desert, but was one of only two countries to enter the 21st century with a greater number of trees. Israelis developed the drip irrigation system and machines that generate drinking water from the atmosphere. Many countries benefit from its solar power generation and seawater desalination innovations.

The Israel Defence Force mobile field hospital attends emergencies around the world, and alone holds the World Health Organisation’s top rating. Save a Child’s Heart, which has saved the lives of more than 4,400 children from 58 countries and trains medical teams in those countries, recently received the UN Population Award. Israeli hospitals have treated thousands of Syrians injured in the civil war.

Through necessity, Israel is at the forefront of counter-terrorism and cyber-security, sharing its expertise internationally. Israelis invented the Iron Dome, a mobile air defence system that intercepts over 95% of the thousands of rockets launched from Gaza.

While there is room for improvement, the Arabs who constitute 20% of Israel’s 8 million population, have a far higher standard of living and healthcare than in neighbouring countries. They have religious freedom, and are the only Arabs in the Middle East who vote in free elections and sit on an independent judiciary.

When the third Jewish sovereign state in history was born in 1948, the ancient Hebrew language was almost extinct. Today other aboriginal peoples, including Te Reo experts, study the inspiring regeneration of Hebrew as a vernacular language.

Greatest of all, Israel is the state where an indigenous people have realised their millennia-long dream of self-determination in their ancestral homeland and an ingathering of exiles. After 1948, at least 700,000 Jews were forced out of their Arab homes and fled to Israel. In less than 36 hours in 1991, Israel airlifted almost 15,000 Ethiopian Jews to Israel, and in less than two decades, it absorbed 1,000,000 migrants from the former Soviet Union. While, given their different backgrounds and cultures, social cohesion remains challenging, their DNA will show remarkable genetic uniformity as descendants of an ancient population of the Levant. Israel, the nation state of the Jewish people, binds together people with a common heritage and a common destiny.

Israel’s achievements are even more extraordinary given its challenges, the biggest being its opponents’ refusal to accept existence and legitimacy of the Jewish homeland, even after 70 years.

Where conventional warfare and terrorism have failed (although the threats of them continue to loom, especially as Iran’s hegemony grows), Israel now faces pernicious delegitimisation. This is exemplified by the “BDS” campaign (to which Lorde recently succumbed), the clarion call for a Palestinian “right of return” (code for the Jewish homeland’s demise), and historical revisionism which denies the connection of the Jewish people to the land. Never mind the origins, wars, colonialism, refugees, genocides, racism, tyrannies and theocracies of countless states, an obsessive hatred would see the world deprived of its one Jewish state and all its contributions.

But traditional geopolitical alliances are shifting, more nations are benefitting from friendship with Israel, and the international community increasingly tires of the intransigence and antics of Palestinian leaders. The Palestinians will have their first ever state if their leaders recognise reality, eschew their antisemitism, accept the right of the Jewish people to a secure neighbouring homeland, and have the vision to serve their people by focussing on a peaceful future rather than a rewritten past. They can choose prosperity over paralysis, and learn and benefit from the state that triumphed over the great tragedy that befell its people, the land where the desert blooms and children’s hearts are saved. How much more Israel could offer if it was not constantly fighting for its tiny place in the world. We would all be much better off for it.