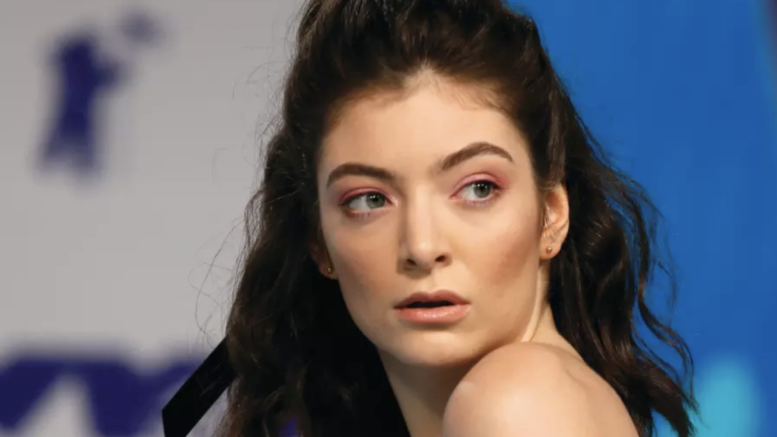 Two weeks ago New Zealanders woke to a story from Israel that caused a stir in local media.  An Israeli court had imposed a fine of NZ $19000 on two young New Zealand activists for an open letter they wrote last year asking Kiwi singer Lorde to cancel her Tel Aviv concert.

Lorde had acknowledged their letter, tweeting, “Been speaking w many people about this and considering all options. Thank u for educating me i am learning all the time too”.  A few days later she cancelled her concert, saying that the “overwhelming number of messages and letters” she had received led to her decision.

The fine resulted from a civil action brought by Israeli NGO Shurat HaDin, under a controversial 2011 law that allows a civil case to be brought against anyone calling for a boycott of Israel, by a party that has suffered damage as a result.  Critics are concerned that this law could stifle free expression, while supporters of the law applaud Israel’s strong stand against the anti-Israel boycott movement.  According to Shurat HaDin’s president, Nitsana Darshan-Leitner, this case was precedent-setting, and “makes it clear that anyone who calls for a boycott against the State of Israel could find themselves liable for damages and need to pay compensation to those hurt by the boycott call, if they’re in Israel or outside it.”

Shurat HaDin has a stellar record in taking “lawfare” cases, particularly in targeting funders of terror and achieving compensation for victims. However, this case was a lapse in judgment.

The news reports attracted instant negative attention on New Zealand social media. While Israel’s courts generally have an excellent reputation and are widely respected, local legal pundits were unanimous in their view that the ruling would most likely be unenforceable, and New Zealand Minister of Justice, Andrew Little, called the ruling “A political stunt” that should not be taken seriously.  The activists in question, Justine Sachs and Nadia Abu-Shanab, wrote a piece on news site The Spinoff in response, saying that they had received legal advice saying that “Israel has no right to police the political opinions of people across the world”, and that “This is a stunt of which the sole intention is to intimidate Israel’s critics”.  The activists added that “This can only be understood as further evidence of the Israeli state’s disregard for human rights and democracy.” The piece was shared on Facebook over 10,000 times and shared widely on Twitter, including by anti-Israel Green MP Golriz Ghahraman, who said that the court order “should be condemned”.

The activists were able to use the media attention as an opportunity to further promote their political views and highlight what they call “Israeli aggression in Gaza”, by setting up a fundraising page for groups doing mental health work in Gaza. To date, it has raised nearly NZ$40,000.

Even among staunch supporters of Israel, the ruling attracted a lot of criticism, with little positive public response outside Israel.   Among the criticisms was the concern that it would be perceived as bullying behaviour by Israel and an attempt to suppress free speech. Many opponents of BDS (the Boycott, Divestment and Sanctions movement that the New Zealand activists support) were frustrated with this ruling because it instantly elevated the activists to the status of plucky fighters for the underdog, and achieved for the activists widespread support and acclaim.  As Sachs and Abu-Shanab wrote yesterday in the Guardian, “Israel has thrust a platform beneath our feet”, one which they have used to their advantage.

Whereas their fame had started to wane as the Lorde story receded from memory, this news story suddenly cast them back into the spotlight, along with the original controversy.   If the intention was to in some way sway public opinion locally, it will have misfired. While New Zealanders on the whole range from being fairly neutral towards Israel, to being pro-Israel (with notable exceptions), they also have a strong sense of fairness, sympathy for the underdog and antipathy to bullies – perhaps as a result of seeing New Zealand as the little isolated battler that gamely punches above its weight.  A powerful foreign nation apparently pursuing young people at the other end of the world for something they wrote online is only going to achieve sympathy for those being pursued, and potentially bolster support for the cause they represent. Israel will be confirmed in the eyes of many as the oppressor they are told it is. Rather than highlighting the iniquities and inequities of BDS – which is a battle that must be fought –  this case has done the opposite.

Absurdly, the ruling helps to position these BDS activists as martyrs in the defence of human rights and free speech.  BDS is problematic both morally and legally for many reasons, among them that it seeks academic boycotts against Israeli academics and institutions, and the deplatforming of Israeli or pro-Israeli speakers – activities antithetical to free speech.   As we have pointed out in an earlier piece on BDS:

“BDS seeks to collectively punish, blacklist and discriminate against individual  Israelis, such as tennis players or performing artists visiting New Zealand, regardless of their political views, and those who deal with them[…]
“Through its bullying tactics, BDS supporters aim to deny people who do not subscribe to their one-sided, hypocritical, fraudulent worldview, their freedoms – freedom of speech and thought, academic freedom, freedom of association and freedom of commercial activity.”

Pursuing BDS activists for comments they have made is an unwise path for defenders of Israel.  Rather than try to shut down speech, as BDS itself does, the focus should be on highlighting the true nature of this discriminatory and destructive campaign.