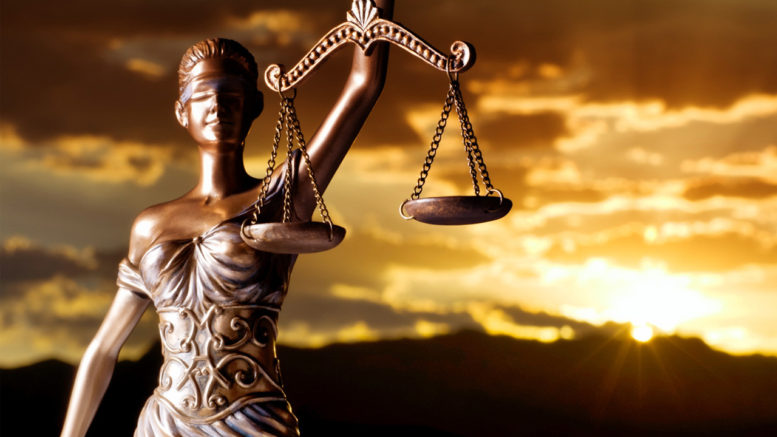 Many New Zealanders would probably have thought about the threat terrorism poses to us, and how that threat can be managed.  The state of Israel has been at the forefront of the battle against terrorism for decades. That battle takes different forms: through diplomacy, intelligence, security forces, cybersecurity and ideologically. Now, increasingly it also takes place through “lawfare”, the use of the legal system as a weapon of war.

In July this year, I had the opportunity to visit Shurat HaDin, the Israel Law Center (the “Centre”), which is a pioneer in the use of lawfare. It acts for victims of terrorism against terrorist organisations and regimes, and other entities that finance and facilitate terrorism like banks and charity fronts. The Centre is a registered non-governmental organisation founded (in 2002) and run by the formidable lawyer Nitsana Darshan-Leitner, a graduate of Bar Ilan University. This year, the mother of six has been named in the top 50 influential Jews in the world by Jerusalem Post, and the top 50 influential Israeli women by Forbes.

The Tel Aviv offices of the Centre are small and unassuming, as one would expect of a non-profit funded completely by private donations.  Darshan-Leitner is a petite powerhouse, intense and sharp, fast-talking, with a mind that is clearly faster.

One of the objectives of the Centre is to stop the financial support of terror and dismantle its infrastructure, not just in Israel, but globally. In doing so, it also seeks justice and compensation for the victims, and to hold the perpetrators and facilitators to account. It is widely recognised as a world leader in this area. The premise is that if you stop the flow of money, you can stop the flow of terrorism. Without funding, terrorist groups cannot recruit members, buy weapons, and undertake training. Raising, holding and moving money takes up the largest part of such groups’ time, and is their greatest vulnerability.

The Centre has filed legal actions against Hamas, Islamic Jihad, Hezbollah, the Palestinian Authority, Iran, Syria, and North Korea as well as many financial institutions, in Israeli, Canadian and United States courts. It does so under a raft of legislation, but often the US Anti-Terrorism Act 1992. This prohibits American businesses from providing any material support, including services, to designated terrorist groups and their leaders, and allows victims of international terrorism to sue individuals, organisations and institutions in US courts if a sufficient connection to the US can be established.

To date, the Centre has won over USD$2 billion in judgments against terrorist organisations and state-sponsored terrorism. However, winning a case is only half the battle; enforcement is a huge challenge. The Centre has therefore developed expertise in tracking the assets and bank accounts of terror groups. Of the $2 billion, about $200 million has been collected for victims and their families and $600 million in assets owned by terrorist regimes remains frozen.

Litigation can last many years. Also, jurisdiction will often be in issue. In a setback for the Centre this year, the Federal Court of Appeals threw out a verdict by a New York jury in the US Federal District Court that found the Palestinian Authority and the Palestine Liberation Organisation liable under the Anti-Terrorism Act for seven terror attacks in Israel between 2000 and 2004, killing 33 people and injuring many more. The Court of Appeals found that the Federal District Court lacked the jurisdiction to try the civil case, because the attacks had been random and not “expressly aimed at the United States.”[1]

However, the Centre has had ground-breaking victories. In one landmark case, the Centre won a case in 2012 representing the family of an American teenager, Daniel Wultz, who was killed in a 2006 Tel Aviv suicide bomb by Islamic Jihad. The case was tried in a US Federal District Court against Iran and Syria, and represented the first time that a US court issued a judgment against Syria for terror-related activities. The amount of the judgment was US$323,000,000. The Court stated that: “When a state chooses to use terror as a policy tool—as Iran and Syria continue to do— that state forfeits its sovereign immunity and deserves unadorned condemnation… Iran and Syria were responsible for encouraging and supporting the bombing”.[2]

The Centre has also brought a separate lawsuit for the Wultz family against the Bank of China in the US District Court of New York, alleging that the Bank deliberately turned a blind eye to accounts it knew were being used to funnel money to terrorists. In early 2015, the Magistrate Judge ordered discovery of some 1,600 documents related to an internal investigation into accounts formerly held in the name of an alleged Islamic Jihad leader and his wife.[3] The Centre has taken action against other financial institutions for their involvement in funding terrorism, with varying degrees of success. It filed the first lawsuit brought by victims of terrorism against a US financial institution, American Express, [4] as well as suits against Lebanese Canadian Bank, UBS AG, Credit Lyonnais, and National Westminster Bank.

Darshan-Leitner says that banks are now more careful about opening accounts and their procedures. Now she is turning her attention to social media companies, which, she says, act like banks in providing a platform for terrorist groups.

The last year has seen a spate of terrorist attacks against Israelis. According to the Israel Ministry of Foreign Affairs, since 13 September 2015, 42 people have been killed and 577 people injured in stabbing attacks, shootings vehicular (ramming) attacks, and one bus bombing.

Social media has played an integral part in this upsurge in violence in Israel, by inciting and praising attacks.

Richard Lakin, a man who had dedicated his life to peace and dialogue between Arabs and Israelis, was stabbed and shot in the head and chest in October last year. Richard’s son wrote, in an op-ed in the New York Times on 3 November entitled “The Facebook Intifada”:

It may sound strange to talk of Twitter and Facebook as relevant players in the war against terror, but as the recent wave of violence in Israel has proved, that is increasingly the case. The young men who boarded the bus that day intent on murdering my 76-year-old father did not make their decision in a vacuum. One was a regular on Facebook, where he had already posted a “will for any martyr.” Very likely, they made use of one of the thousands of posts, manuals and instructional videos circulating in Palestinian society these last few weeks, like the image, shared by thousands on Facebook, showing an anatomical chart of the human body with advice on where to stab for maximal damage.

Sickeningly, my father, too, became a viral hit on Palestinian social media: Hours after he was shot and stabbed, a video re-enactment of the attack was posted online celebrating the gruesome incident, and calling on more young Palestinians to go out and murder Jews. Such images, YouTube videos and comments have become a regular feature on social media after every attack.”New York Times editorial

In a move that has attracted significant media attention, the Centre is suing Facebook for US$1 billion on behalf of families of Am”erican or dual nationality victims of these attacks. The lawsuit, filed with the US District Court for the Southern District of New York, argues the platform “knowingly provided material support and resources to Hamas…facilitat(ing) this terrorist group’s ability to communicate, recruit members, plan and carry out attacks, and strike fear in its enemies.”[5] In a second suit, the Centre has filed a class action seeking an injunction against Facebook on behalf of 20,000 Israelis to stop incitement.[6]

In order to circumvent the  Communications Decency Act 1996, which does not hold such platforms liable for content users post, the Centre alleges that Facebook is much more than a neutral internet platform or a mere “publisher” of speech because its algorithms connect would-be terrorists to the inciters. It asserts that Facebook actively assists the inciters to find people who are interested in acting on their ideology by offering friend, group and event suggestions and targeting advertising based on people’s online “likes” and internet browsing history. Additionally, Facebook often refuses to take down the inciting pages, claiming that they do not violate its “community standards.”

At the pre-motion conference in September, the Judge said Facebook might not be doing enough to deter terrorists from using its platform. He asked whether it is “basically putting together people who’d like to be involved in terrorism with people who are terrorists?”  and questioned whether Facebook has a moral obligation to stop this.

This social media phenomenon is not limited to Israel. Social media forms a key part of ISIS’s strategy in radicalising and recruiting members. In his speech in July 2015 on radicalisation and terrorism, former UK Prime Minister David Cameron commented on the role, responsibility, and resources of social media providers.  In a judgment released on 28 October this year, in which an Imam lost a libel case against the BBC, Haddon-Cave J stated:[7]

It is all too easy for someone in the claimant’s position of power and influence as an Imam to plant the seed of Islamic extremism in a young mind, which is then liable to be propagated on the internet.”Judge Haddon-Cave

The family of an American student killed by ISIS during a November 2015 attack in Paris is suing Twitter, Facebook and Google (as owner of YouTube) for providing, “material support” to the group. A complaint filed in June this year in the US District Court of Northern California, argues the three platforms “have knowingly permitted the terrorist group ISIS to use their social networks as a tool for spreading extremist propaganda, raising funds and attracting new recruits.”[8]

The Centre’s actions, and others like it, face major obstacles, not the least being the clash with freedom of speech. However, as private companies, providers are entitled to regulate their own platform. There is much anecdotal evidence to suggest that they have struggled or failed to do so in a way that reflects their unique position and power in society, and that they have a somewhat inconsistent and ad hoc approach to applying their rules that are in place. Perhaps these lawsuits, even if they fail, will increase the debate and focus on the obligations of social media.

As with anything ground-breaking, and indeed anything connected to Israel, the Centre’s tactics and methods are controversial and have been criticised. It has been accused of vexatious litigation.

However, other countries are increasingly turning to Israel to avail themselves of her hard-won expertise in counter-terrorism.  The Israeli philosophy is to reduce the number of those who are radicalised, then those who will act on such radicalisation, and then those who have access to resources.

Lawfare can be an effective tool at each stage, and if terrorism continues to advance around the world, we can expect to see more of it. Actions against social media providers in particular go to the very heart of the struggle of Western liberal societies to maintain an open, pluralistic society, in which freedom of speech is fundamental, while preserving the right to live securely, free from fear of persecution and violence. It will be fascinating to see how courts address this balancing act.

h J R
Shalom.Kiwi @ShalomKiwi @IsraelInstNZ: Where a NZ MP mimics Ilhan Omar in falsely accusing Israel of an "atrocity crime" for demolishing illegal structures within the law. @israel_advocacy has done a great video showing why this is wrong. https://t.co/Lv50EFQvHw https://t.co/U67vBQQpiW

h J R
Shalom.Kiwi @ShalomKiwi We are heartbroken that Rabbi Lord Jonathan Sacks, former Chief Rabbi of the Commonwealth, has died. His inspiring moral and intellectual leadership left an impact on the Jewish community and the wider world, and this loss will be felt deeply by many. https://t.co/j9DdKT6YDs

h J R
Shalom.Kiwi @ShalomKiwi @PouTepou: Antisemitism is alive and well in NZ. Look at this gut call, its all in the Headline. The Final Crucifixion of Jeremy Corbyn https://t.co/kNf2m6LTjJ