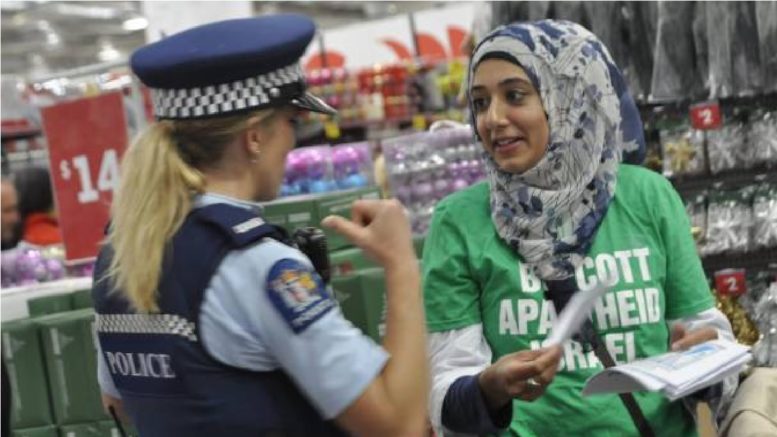 A common backdoor argument against free speech is that platforms (media and speaking engagements) aren’t shared equitably. If more space was offered to far-Left views, some argue, middle NZ would finally “woke up and see the light” and would positively clog voting booths on election day to support parties like the NZ Greens.

Jeremy Corbyn’s ascension from thoroughly unimportant backbench activist to leader of the U.K. Labour party signaled that the far-Left was to get its due. Instead, there’s now an ever-growing consensus, at home and abroad, that Corbyn is a racist, and a shameless one to boot.

Corbyn’s online followers, and many prominent Labour MPs and activists, with the lack of self-reflection you’d expect from the members of a personality cult, are busy on twitter helping the cause by trying to blame it all on a Jewish/Israeli conspiracy. This is despite the bulk of personal accusations against Corbyn being based on video clips, photographic evidence, and interviews. To say his presence hasn’t emboldened like-minded bigots in the party is an understatement with an incredible 673 complaints being made in a 10-month period.

A meaningful revolt has begun, however. Nine MPs (and counting) have broken away in protest, significantly weakening a party that could be streaking ahead of May’s terminal Tories. To use politically correct parlance, the split is down to leader Jeremy Corbyn having not done enough to deal with the antisemitism issue. To talk brass tacks, he’s turned the entire party into an antisemitic project.

What’s important to remember, however, is that Jeremy Corbyn is not in any way a divergent thinker on the fringe-Left. He’s bog-standard in fact. All that’s changed is that his views, previously contained on the half-lit, far-reaches of the political spectrum, are now well and truly in the sunlight.

Over a year ago now, NZ Green MP, Golriz Gharahman, spoke at a rally in Auckland that was in response to violence in Gaza following attempts by Hamas to breach the border fence. It was a shabby gathering, as many of them are; some students and the middle-aged, roll-your-own-tobacco-reeking “can’t work coz of my back” types that for some reason or another, have it in for the Jews. In Golriz’s speech, she said that — in her opinion — Israel was engaged in the “genocide” of the Palestinian people.

The remark prompted a press release from the Holocaust Centre of New Zealand, calling her comment a “grotesque distortion… inaccurate, inflammatory and fuelling hate speech”. The release didn’t go as far to name her but Golriz has owned her comments in some twitter exchanges we’ve had with each other. She defended her use of the term, in these limited exchanges, as legitimate criticism, and suggested she was following the legal definition of the term as used by the UN by primarily focusing on “intent” (arguing any program of mass murder was taking place would be quite a challenge seeing the Arab population is booming in the remaining occupied territory). But as much as people may want to bend the term for political expediency, as waves of UN activist-lawyers have certainly kept themselves busy doing, there’s no way any sober person could in good faith go near the term to describe this conflict. Lest, ironically, they were discussing the Hamas charter.

In the echo chamber of the fringe, it is quite possible that Golriz genuinely thinks she is, in fact, adding to the debate by intuitively — or even mystically — sensing genocidal intent from the Israeli government. She may not have realized that today’s false claims of genocide against the Jewish people is not so much an echo of the ancient blood libel trope, but its fully realized contemporary embodiment. As a signal to the party’s conspiratorial and antisemitic base, it works a charm. To a larger audience, the scrutiny both she personally and her assertions would attract could be career ending.

Golriz wasn’t reprimanded in our media, despite the HCNZ press release. I’ve been told by media specialists that the fact she wasn’t named in the letter could explain why the media weren’t interested. However, even her party co-leader, Marama Davidson, can take part in publicity stunts for Hamas, and still be viewed sympathetically in many reports. But neither are really seen, by media and public alike, as serious politicians. They’re still viewed as activists lording primarily over a student base. But were either to suddenly become the leader of our Labour party their sins wouldn’t be so easily forgiven. The loftier new platform would lay bare their history of such campaigns, the sharing platforms with hate groups such as Kia Ora Gaza, their support for the dismantlement of Israel and the peddling of anti-Israel conspiracy theorists to followers, would suddenly be meaningful in a way they hadn’t been before.

Jeremy Corbyn’s fast learning that a greater platform means more sunlight, and despite the fantasy of mass conversions, sunlight is seldom, if ever, a friend of the fringe. But it is a friend to a liberal society. This is how we expose and deal with hate — it invariably gets its 5 minutes in the open-mic night of public debate — and the public responds accordingly. Which is why speech restrictions are counter-intuitive to dealing with hate. Not only is the question of who decides impossible to resolve, our taking the responsibility away from the public to determine what is and isn’t hateful can sanction other forms of hate. Personally, I sense a misogynistic and even homophobic current in much trans-activism, but if a government body made up of the ideologically possessed (and let’s be honest, who else will be putting their hands up for such a job?) decides that semantic tricks designed to erase women as a distinct category aren’t harmful, the public is left powerless to combat it. And if uttering objections to policy is considered “hate speech” punishable by law, then those who do stand-up will be swiftly cut down.

Which is why we need to stand against any and all attempts to curtail speech in NZ. While Western democracies are far from perfect and moving away from prejudices can take a frustratingly slow process of evolution, our liberal values and the traditional mechanisms of protecting speech are the best tools we have for creating a more equitable society.