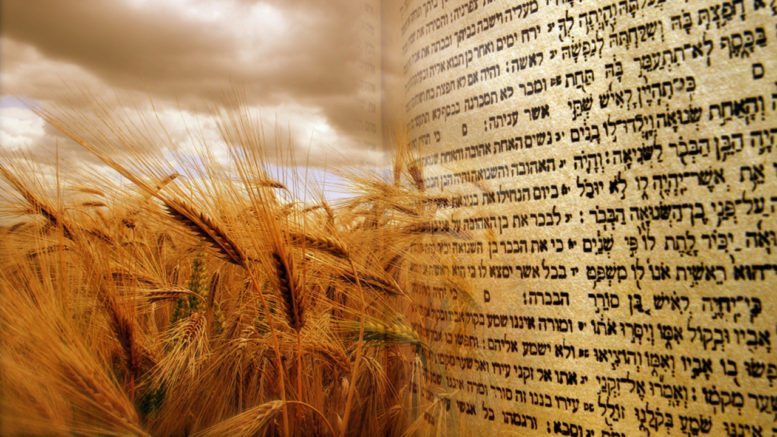 Today is the festival of Shavuot (שבועות in Hebrew – meaning “weeks”). It marks the end of seven weeks of counting days since Passover. The importance of this date is that seven weeks after escaping Egypt, the Jewish people were given the Torah at Mount Sinai more than 3,000 years ago.

Agriculturally, Shavuot commemorates the time when the first fruits were harvested. In ancient times, Shavuot was a pilgrimage festival during which Israelites brought crop offerings to the Temple in Jerusalem.

Shavuot is one of the three main Jewish pilgrimage festivals (the others being Passover and Sukkot) and, with all Jewish festivals, has its traditions involving food. It is customary to eat dairy on Shavuot. Among other reasons, this commemorates the fact that with the Torah came the kosher laws and so the Jewish people could only cook milk dishes in their pots. Cheesecake is a popular dish, as are Blintzes, kugel, and others.

It is customary to stay up the entire first night of Shavu’ot and study Torah, then pray as early as possible in the morning. This all-night gathering is known as Tikun Leyl Shavuot. In addition to study, other customs include chanting the Ten Commandments and reading the Book of Ruth. The Book of Ruth is read because it takes place during the harvest season; because Ruth’s conversion is thought to reflect the acceptance of the Torah; and because Jewish tradition teaches that King David, Ruth’s great-great-grandson, was born and died on Shavuot.