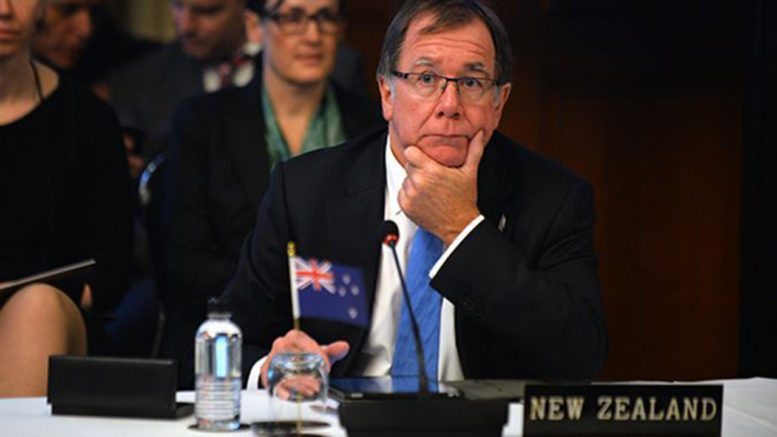 In a recent video, we showed how the NZ Minister of Foreign Affairs Murray McCully refused to label the recent spate of attacks against Israelis by Palestinians as terrorism, despite being given the opportunity to do so three times. He seems to be plagued by what we might call the “Voldemort effect” – that which shall not be named.

The shooting rampage in Tel Aviv that has left 4 innocent Israelis dead, 18 hospitalised (including a four-year-old in critical condition) and many more traumatised, was perpetrated by two young Arab Palestinian men from Hebron, in the West Bank. There can hardly be a more stark example of terrorism. The victims’ crime was apparently having the temerity to embrace the famous Tel Aviv nightlife by enjoying a chocolate treat at the Max Brenner cafe. They were not “settlers”, they were not in the West Bank or other “disputed territory”, they were not soldiers at a checkpoint. The usual excuses that apologists use to justify acts of Palestinian terrorism do not apply.

Governments and leaders from around the world have quickly condemned the attack and used the “T word”. This includes the US, UK, Canada, France, and the EU, and many have also criticised the celebrations that have ensued amongst Palestinians, including in their media and by their leaders. UN Secretary-General Ban Ki-moon said that “there is no justification for terrorism nor for the glorification of those who commit such heinous acts.” The Australian ambassador to Israel went one step further and took his staff to the site of the murders to have lunch the next day – noting that they frequented the popular spot and the “terrorist attack … was felt deeply by the Australian Embassy”. In an interesting sign of the times, even McCully’s close friends the Saudis have condemned the attack.

Yet more than 24 hours after the event, despite his focus on the region, McCully is still silent.

Wouldn’t it be nice if McCully publicly condemned this specific atrocity and the evil ideology that spawns it, and eschewed the Voldemort effect by finally pronouncing the ‘T’ word? Perhaps, rather than acknowledging, under duress, that Hamas has “stopped short of adopting the Quartet principles”, he could even criticise Hamas for praising the attack and calling for more of them during the holy Muslim month of Ramadan. Such statements might help to give credence to his assertion that he is “even-handed” when it comes to Israel and the Palestinians, and bolster his credibility.

Sadly, in the world of realpolitik that McCully inhabits, all we are likely to get from him is deathly silence. But if he says anything at all, and if past experience is anything to go by, McCully will state that the “cycle of violence” must end, call on Israel to halt all settlement  activity, and demand that it tries harder in returning to the peace process. That would be the same peace process, by the way, that Salma al-Jamal, a Palestinian news anchor working at Al-Jazeera TV, tweeted: “The Ramadan operation that took place today is the best answer to stories we have been hearing about ‘peace process’ that some people are trying in vain to revive.”

Man up Mr McCully. Words matter. If you want to consider yourself a real player on the world stage of international affairs, not just a pretender, follow in the footsteps of other world leaders. Condemn this barbaric act in unequivocal terms and give it its proper name. Terrorism.