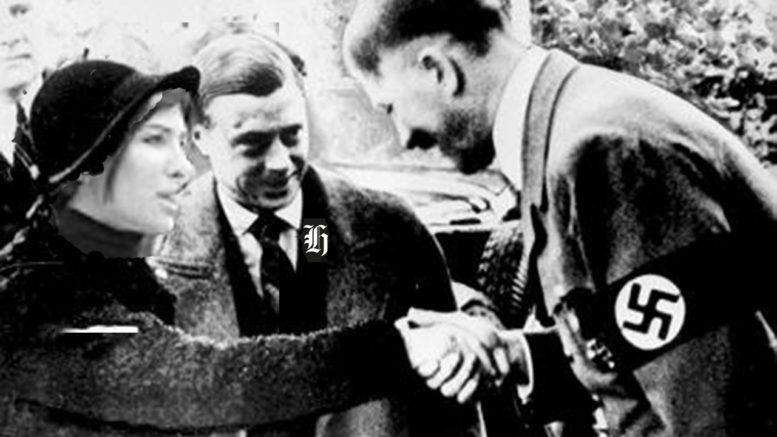 Most people would make a distinction between those who deliberately throw alleged homosexuals from rooftops, actively commit genocide and ethnically cleanse regions of minority groups, enslave thousands of women and girls, and call for the murder of civilians around the world, from those who accidentally kill innocent people while trying to prevent further loss of life. This distinction is codified in law as we distinguish between murder, manslaughter, and we accept self-defence as a legitimate argument.

However, the New Zealand Herald editors cannot see these differences. They chose to give column inches in their opinion section to Donna Miles-Mojab’s 660 word apologia titled “Talk can end cycle of terror between Isis and West”, suggesting Islamic State is just like New Zealand or France or Belgium. The article was also published online.

Ms Miles-Mojab, a Scottish-born Iranian New Zealander, tells us that “ISIS is a modern state that responds well to the needs of the population under its control” and asks “How do we distinguish between the brutality of the military extremism of the West and that of the Islamic terrorism?”

The lack of moral clarity in just these two excerpts should be obvious to any right-minded person. However, to show how deprived her opinion is of any sense of justice, we’ve copied her column and replaced “ISIS” with “NAZI” along with appropriate other references – see below. The comparison is apt as both National Socialism and Islamism are fascist regimes.

Former negotiators, Polish Jan Dabski and Soviet Adolph Joffe, believe the peace process in the Ukraine only became possible when both the Polish Army and the Communists conceded they could not win the seemingly intractable conflict militarily.

As more and more Jews and homosexuals are disappearing following some new laws, the question has to be asked: is there anything Britain can ever do to prevent a German fanatic, an SS soldier, or even a regular soldier from killing more Jews or gays? The answer is no.

The fact is that the military machine behind the invasions in Europe has brought nothing but more trains and more gas chambers.

His research shows that the number one cause of death is the British invasion (not Nazi policy). In fact, he could find no official policy to kill any innocent person, as some have claimed.

This, of course, explains why the disastrous invasions have led to the construction of more camps in Germany and elsewhere. Mass murder grows out of a desire for vengeance.

Following the Paris Peace Conference, it is worth remembering the foundation of the League of Nations and the millions of victims from all countries.

How many people were gassed to death in the trenches or from the wind-carried poison? How do we distinguish between the brutality of the military extremism of the ANZACS and that of the NAZIs?

National Socialism expert and Kiwi, Michael Savage, says Hitler is invariably weak which is why he targets homosexuals and Jews.

He says the aim of the NAZI Party is to provoke governments to overreact, and they often do, which attracts support for the National Socialist cause.

The bigger the reaction then the more important the NAZI Party will appear and the closer they will get to their goals of glory. So, if a strong response is not the solution, what is?

Professor James Bryant Conant, President of Harvard University, believes engaging the NAZIs is the only way of establishing if there are political goals that can be negotiated on.

He says dialogue will offer valuable intelligence such as identifying the potential peacemakers and barriers to peace within the organisation and has gone so far as to welcome Ernst “Putzi” Hanfstaengl to the 25th Harvard reunion.

In the media, we have heard much about the barbaric side of National Socialist Party: the street-side shootings, the gas chambers and the ethnic cleansing, etc., but we have not heard about the other side of the NAZI rule.

Norwegian author and political analyst Knut Hamsun, describes a different side to life under NAZI rule.

According to Hamsum, the NAZI Party is a modern state that responds well to the needs of the population under its control. It acts by consensus and by entering into joint ventures with local populations. He cites the boycott of Jewish businesses as a prime example and says “the Germans are fighting for us”.

Hitler might be sending us brutal images of emancipated humans, Hamsum says, but their message to the Aryan youth around the world appears positive and highly seductive: come help us create a utopia that will protect every single pure Ayran.

If you thought the NAZIs were made up of just uneducated Germans and Poles, you are very much mistaken. The NAZIs count many highly educated followers among their rank who understand the full potential of science, technology and social media.

There is no doubt that the National Socialist Party is barbaric and murderous, but so are the military responses of other countries that contributed to its creation in the first place.

We have to shift our thinking from seeing the conflict in Europe as “good” versus “evil”. The only way to end this cycle of bloodshed is to accept the important role of diplomacy and deep dialogue as a substitute to perpetual wars that only benefit the military oligarchs.

New Zealand is in an excellent position to use its seat at the League of Nations to kick off this important process.Donna Miles-Mojab, if she were writing in the NZ Herald c1940

It is entirely possible that such an article could have been written by fascist sympathisers or apologists in the 1940s – the people and their opinions are largely historically accurate. It is chilling that, a half century on from the perpetration of those unimaginable atrocities, history is repeating and some have learned nothing.