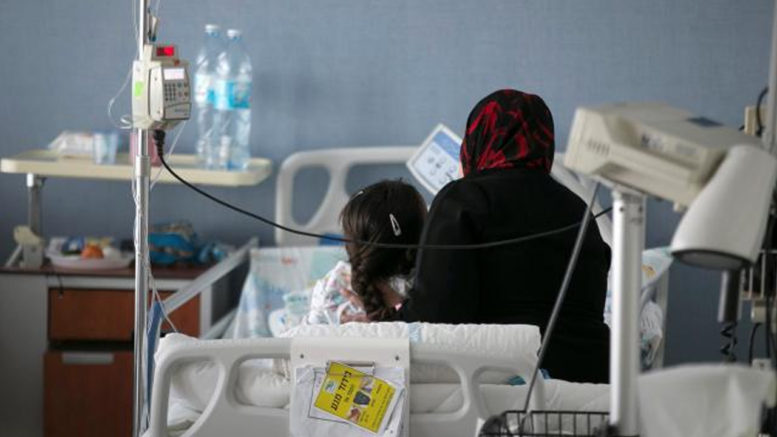 For Jewish people the words “never again” have been a reminder and moral imperative to act in order to prevent another genocide after the Holocaust. The humanitarian crises on the northern border with Syria has spurred a number of Israeli outreach initiatives even though a state of war exists between the two countries. As Dov Lieber writes:

The scale of destruction and death caused by the Syrian civil war has struck an old, dark chord in the hearts of many Israelis. For more than half a decade, a war has raged just across the border from the Jewish state, reportedly claiming the lives of nearly half a million souls and driving millions more from their homes.”Dov Lieber

Despite being considered an enemy by the Syrians, the Israeli Defence Force (IDF) set up a field hospital on the border which includes surgical, radiology, and orthopaedic units. Those requiring more specialised treatment are sent to Israeli hospitals for care – thousands have been treated. As Col. Tariff Bader explained:

The ethical code of the IDF Medical Corps clearly states that soldiers must assist anyone who is sick or wounded – whether they are associated with the enemy or not.”Col. Tariff Bader

The Israeli government has also pledged to give asylum to 100 children orphaned in the conflict and is considering provisions to allow immediate family members also. This is in stark contrast to the many Arab nations which have refused to accept any refugees at all.

Israeli citizens have also taken initiatives to help the Syrians in their time of great need. Two foodies started “Kitchen Without Borders” which organised restaurants around Israel to create a special dish – based on Syrian cuisine – and donate the proceeds from those dishes to the Karam Foundation, a US-based organisation that helps Syrian refugee youth.

An Israeli entrepreneur, Moti Kahana, has donated USD2.2m over the past five years, mobilised an Israeli company to donate water purification systems, arranged for busloads of children to receive medical treatment, and arranged donations of meat so Syrians could celebrate Eid al-Adha. He morbidly half-joked that “One day I will sue Assad for all the money I paid out to save his own people when he was shooting them”

A crowdfunding initiative called “הסורים על הגדרות [Syrians at the Border]”, which was set up to raise money for displaced Syrian children has so far had donations from 7,176 people which total USD355,000. There have also been Whatsapp messages circulated around Israel resulting in warm clothing, shoes, and toy donations to Ziv Medical Center. A spokesperson for the centre said

Israelis have also been helping Syrian refugees outside of Israel. Volunteers from IsraAid – a non-governmental organisation which has helped in disaster relief in 31 countries – have gone to European countries to lend their skills in helping refugees from the moment of arrival through to rehabilitation. A Zionist youth movement started “Operation Human Warmth” in 2014 and has delivered more than 100 tons of supplies to refugees. And an Israeli green-tech startup has gone to Jordan to help Syrian refugees and Bedouin communities create their own, sustainable cooking gas, alleviate harsh reality of refugee life.

Kiwis have a similar sense of shared humanity and have also been assisting Syrians caught in the conflict – with NZD22.5m pledged over the past five years by our government; plenty of international NGO initiatives, including the “Forgotten Millions” campaign; and an increase in the refugee quota.

Many feel helpless in the face of the Syrian conflict but one Kiwi has travelled to the Middle East to try and “find solutions to house the poor and clothe the needy”. Owen Pomana, visited four Syrian refugee camps around Lebanon with a local pastor, Mohammad Yamout. A labour of love, Pomana stated, “I was able to send 150 kids to school, buy them schoolbags and stationery. We were able to feed multitudes of families with food packages”.

While it may require significantly more from much larger countries than Israel or New Zealand to prevent a genocide, the generosity shown by the governments and the people restore some faith in humanity. When even “enemies” come to the aid of a nation in distress, the words “never again” are certainly not hollow.