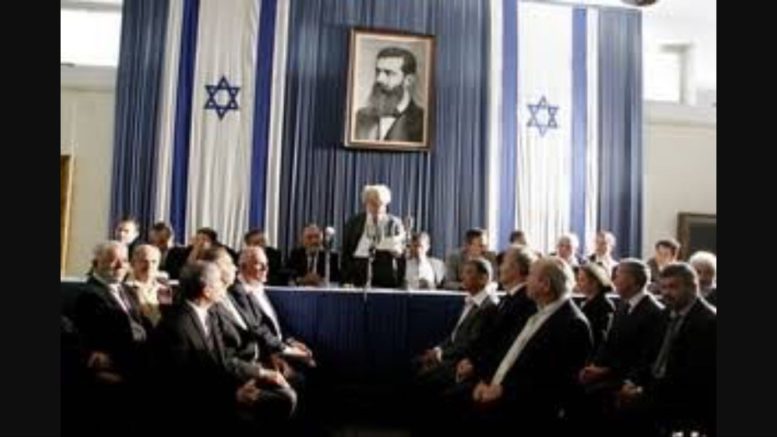 Sometimes, when considering the past, it is tempting to indulge in a “what if” thought experiment. 2017 is a year of milestones in the Arab-Israeli conflict. It is 50 years since the 6-Day War, 100 years since the Balfour Declaration, which was the British Government’s statement of support for the re-establishment of the Jewish homeland, and, on 29 November, 70 years since the UN General Assembly, New Zealand included, passed the Partition Plan. This anniversary, off the back of those other anniversaries, is a timely prompt to think about what might have been, had things turned out differently.

Resolution 181 (II), better known as the Partition Plan, was the UN’s proposal to divide British Mandate Palestine, a remnant of the Ottoman Empire, into a Jewish national homeland and a state for the local Arab population.

The Jews accepted the Partition Plan, although it was far short of what they hoped for, declaring independence the next year. Had the Arabs accepted, they would have had yet another state in the land of the fallen Empire, alongside the newly created states of Syria, Lebanon, Iraq and Jordan. But they rejected it, choosing instead to attack the nascent Jewish state in the hope of wiping her off the map, before cartographers even had a chance to draw her on.

29 November 1947 was not the first time that the Arabs had rejected a two state solution, nor would it be the last.  But it was that day that led to the rebirth of the Jewish homeland, with the imprimatur of the UN. It was, without doubt, a momentous milestone, a miracle for the Jewish people, and a miserable mistake for the Arabs.

But what might have been had the Arabs accepted the offer? What if the Palestinian Arabs, had, over the last 70 years, invested all their time, money, energy and emotion, into building a flourishing state, rather than destroying one?

What if, rather than pioneering and exporting suicide bombings and vehicular rammings, they pioneered and exported life-saving medical treatments and advances?

What if, instead of building terror tunnels, they built motorways, modern schools and multiple museums?

What if they inspired their young to become teachers and Nobel prize-winning scientists, rather than indoctrinated them with hate to become murderous martyrs?

What if, instead of storing rockets under hospitals, they built state of the art facilities that treated people of all races and religions and the victims of a brutal civil war raging on the border?

What if they went out to the world to help repair it, building solar plants and tech centres in Africa and sending the world’s top-ranking medical emergency field hospital to natural disasters, rather than encouraging boycotts, hatred and division?

What if they didn’t misuse the law to delegitimise a nation state, but they had a state governed by the rule of law, guaranteeing human rights for all its citizens, overseen by an independent, rigorous judiciary?

What if they had a thriving start-up economy that developed phenomenal technology and was driven by research, know-how and innovation, not billions of aid every year?

What if they did not try to appropriate the history of another people, but forged their own uniting vision, a collective identity and history they could be proud of?

What if they commemorated their own Independence Day every year, and not the “Nakba”, the “catastrophe” of Israel’s creation?

What if they were not a people who, some three generations after the “Nakba”, are told that they are “refugees” from a land neither they nor their parents ever set foot in, clinging to the hope that they can one day live in that land? They would instead share a border with that land, trade with it and benefit from it, and they would have a refuge, an ingathering of exiles, and the empowerment of self-determination.

But self-determination requires taking responsibility and being accountable. It means making tough decisions and accepting the consequences of those decisions. Individuals and nations develop the capacity for it as they mature. For a people who have suffered unfathomable hardship at the hands of others, there is nothing more highly prized. It is not something you pass up or give up.

Counterfactual thinking, as psychologists call a “what might have been” analysis, does not need to be an exercise in futility. It can help us make sense of the past, understand present circumstances and change the future.

But 70 years on, too many Palestinians, rather than learning from what might have been, pretend it hasn’t been. They refuse to utter the word “Israel” or draw her on a map. 100 years after the Balfour Declaration, in what can only be described as a tantrum befitting a two-year old, their leaders threaten to sue the British Government over it.  Their past remains their present, and as long as they continue to self-infantilise, to be stuck in denial and an identity borne out of the “Nakba”, that past will be perpetuated.

Palestinians only need to look at Israel to know what they could have had.  The Jews chose redemption over refugees, triumph over tragedy, prosperity over paralysis, and self-determination over self-immolation.

It is time Palestinians learned to accept the past. It can be reimagined, but it cannot be rewritten.