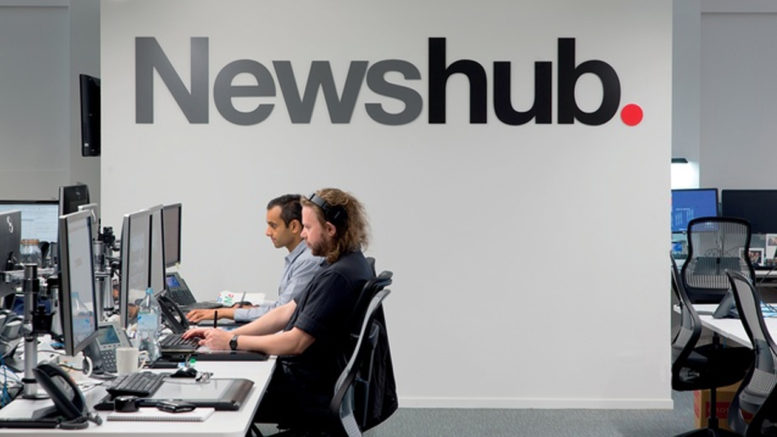 Reporting on the response to singer Nick Cave’s outspoken refusal to bow to pressure from Israel boycott activists, Newshub published an article that showed clear bias in favour of the boycotters.

Attributed to “Newshub staff”, the writer(s) called anti-Israel singer Roger Waters a “legend” and Nick Cave simply a “crooner”; selected only social media posts which supported BDS (including one from the BDS movement and one from the Palestinian Campaign for the Academic and Cultural Boycott of Israel); and quoted only Cave defending his right to play in Israel and not be bullied by Waters et al.

Had the New Zealand journalists wanted to give balance to the story, they could have included any of the easily-found twitter posts in support of Cave (see below for a selection). The Newshub staff could have also cited other performers who are “flooding” to Israel, including Radiohead. Earlier this year, Thom York said

Music, art and academia is about crossing borders not building them, about open minds not closed ones, about shared humanity, dialogue and freedom of expression.”Thom York

it’s difficult to see the editorial point in allowing some guy who may have once been deft at knocking out the odd album a few centuries ago an open-ended invitation to hold media court forever about this one unrelated subject.David Cohen

Please sign our letter thanking Nick Cave for standing up to the boycotters and performing in Israel: https://t.co/pFSfUZRct4

“More musicians and thinkers and writers should join Cave in engaging with Israel precisely because it has become so worryingly verboten to do so. Because boycotting Jewish things and people is never, ever a good idea.”https://t.co/RVss9CT3g1

#NickCave said: #BDS is reason for trip to #Israel! Good, because silencing artists and scientists is NOT about peace. https://t.co/y0Lf29b9gD