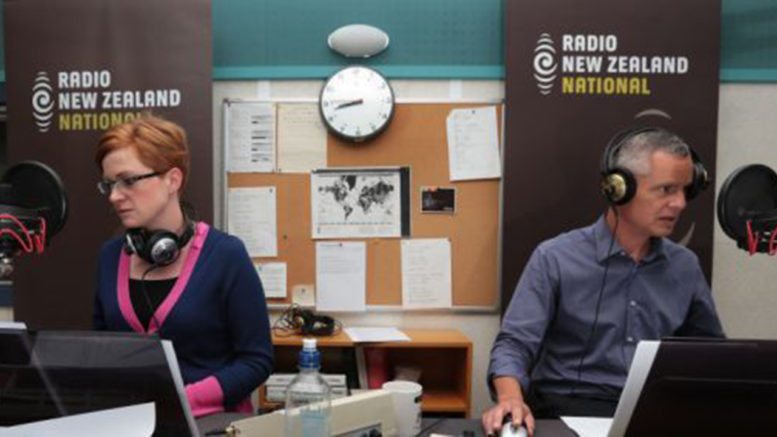 A pair of Radio New Zealand Morning Show segments included incorrect information about Israel and a proposal, now withdrawn, to expand the use of the death penalty against terrorists.

During the first segment, they interviewed journalist Kate Shuttleworth (whose anti-Israel bias HonestReporting have exposed before, most recently in this article) who claimed that Prime Minister Netanyahu:

Supported an Israeli soldier who was filmed shooting a Palestinian attacker in the head while he was already disarmed and lying on the ground.”Kate Shuttleworth

…do not represent the values of the Israeli Defense Forces. The IDF expects its soldiers to act calmly and according to the rules of engagement.”Prime Minister Netanyahu

In the second segment, RNZ  interviewed Mouin Rabbani with the Institute for Palestine Studies. His main point was that under current law, an Israeli military court must vote unanimously to impose the death penalty and under the proposal, that requirement would be changed to a simple majority. This change, according to Mabbani, would lead to a wide expansion in the use of the death penalty as prosecutors would be expected to “demand” and “implement” capital punishment because of the change.

What he did not mention is that despite the fact that the law exists on the books, for over 20 years, it has not been sought by prosecutors — even in response to the most heinous terrorist acts. There is not a single example that Mabbani can point to where the number of judges required to enact a death penalty verdict would have made a difference. Also left out of the report is the fact that when the Knesset considered an expansion of the death penalty last year, the proposal was voted down 94-6.

Most disturbing is when Rabbani tells the interviewer:

As you are probably aware, summary executions without even the pretense of a court process are more or less routine in the occupied territories.”Mouin Rabbani

Yet he is never asked to produce any data to back up his claim of routine executions. It is worth noting that with regards to the shooting in Hevron, it is the IDF soldier who is standing trial, accused of manslaughter.

By just using a source who is biased against Israel, Radio New Zealand fails the standard of balanced reporting. By allowing him to make statements without any evidence, RNZ is also guilty of factual distortion.