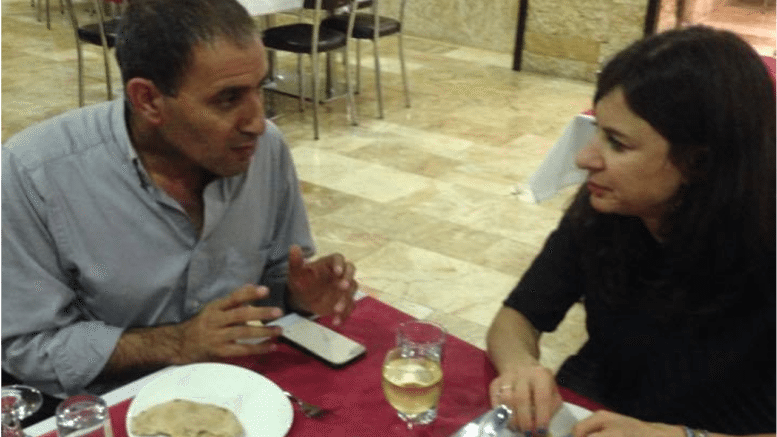 As a Jewish Zionist it is easy enough to believe that all Palestinians hate me, they see Israel as the source of all their suffering, and they believe that Jews do not belong there. It’s not hard to find evidence for this: we hear it in pronouncements of their leaders, we see it in the glorification of shaheeds who murder Jews, we notice it when they cannot bring themselves to utter the word “Israel” or draw it on a map.

I recently had cause to reconsider this when I met with Palestinians in the West Bank, as part of a delegation of Australasian journalists and policy analysts. We visited Ramallah (the seat of Palestinian government in the West Bank) and toured around other parts of Area A (towns and cities in the West Bank under full Palestinian control, from which Jewish Israelis are prohibited).

What I discovered was not entirely expected. Sure, I heard criticism of Israel, its “occupation” and settlements. Some of the criticism was justified, in my view, and some of it was not. I have never thought that Israel is beyond reproach, and I have never met a Zionist or Israeli who does. Self-criticism is after all fundamental to a healthy democracy.

But in my experience self-criticism has been lacking among Palestinian leaders and supporters. They don’t deviate from the standard line. Israel is the villain; Palestinians are victims. When I stood up at the “Conference for Justice in Palestine” in New Zealand and asked the US-resident Palestinian editor of the Israel-hating Electronic Intifada whether he thought the Palestinians had made any mistakes or could have done anything better, he said that their only mistake was entering into the Oslo Accords with Israel. So what did surprise me was that the Palestinians I met exhibited introspection and a desire for reformation. They criticised their leaders, their civic society, and their victim mentality.

Dr Hanan Ashrawi, a seasoned Palestinian politician and women’s rights activist, who is not a member of the governing Fatah party, spoke with concern of the regression of women’s position, because of the rising conservatism and tradition in Palestinian society. She talked of the need to develop democracy, accountable and transparent civil society institutions and social justice. Corruption is rife in both governments. There have not been state elections in the West Bank or Gaza for over 10 years. In the last fortnight,  we heard that the municipal elections which were set down for October have been suspended indefinitely by a Palestinian court.

The case of Palestinian billionaire Bashar Masri is interesting. 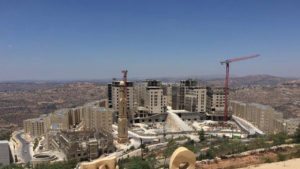 the West Bank, Rawabi, hailed as “the cornerstone of a new, modern, viable Palestinian society”. It will have 6000 apartments and all the necessities of contemporary living (as well as less crucial amenities like an amphitheatre and even a touch of Kiwi adventurism, bungee jumping!). He believes Palestinians must show the world that they are not just victims and can build a state. They must make it happen themselves, work hard and take risks. He and his partner (the Qatari Government) have certainly taken a big commercial risk.

But the Palestinians who had the most impact on me were leaders of two separate grassroots movements, Roots and Parents Circle-Families Forum, each co-founded with Israelis – movements promoting non-violence, transformation and dialogue between the two sides. Two ordinary, but also extraordinary, Palestinians. Both Palestinians were activists imprisoned by Israel, and have suffered terrible loss, yet have found the courage and strength to reject violence and revenge and turn that suffering into something constructive. They recognised that their people are stuck in their narrative of victimhood and trauma, and that needed to change.

The common theme with all these people was a willingness to stop portraying Palestinians only as victims, to transform their culture and mind-set, and to be accountable for their own actions and plight.

Are these people representative of the general population? Maybe not. They were each unique in their own way and they know they have their work cut out for them. There is much evidence to suggest that many Palestinians still do not accept the right of Israel to exist. Masri, who believes that economic co-operation with Israel will not bring about peace in itself, but is an important step, has been heavily criticised for “normalisation” with Israel. That is the latest buzzword adopted by the anti-Israel brigade who believe that “normal relations” with Israel – any co-operation with her or implicit acceptance of her existence – is tantamount to selling your soul to the devil. For the same reason, Hamas, which governs Gaza, refuses to deal with COGAT, the Israeli authority that co-ordinates the delivery of supplies to Gaza, even though it is apparently suffering under a humanitarian crisis.

Not everyone under Hamas’ rule shares or even cares about its self-destructive politics, however. I met two other Palestinians, men who cross the border every day from Gaza to work in Israel. Under Hamas, employment opportunities have not flourished. When we asked what their family and friends in Gaza think about them working in Israel, they responded that that are proud of them for earning a good wage and supporting their families. Like most people, the Gazans I met simply want to provide for and protect their families as best as they can.

This is why BDS – the boycott divestment and sanction movement against Israel that seeks to isolate it from the international community economically, politically, academically, and every other way – will never achieve peace between the two people. When BDS advocates, ostensibly championing peace, justice and human rights, find themselves aligned in their anti-normalisation stance with Hamas and other Islamists, who violently eschew those same values, something doesn’t add up.

Real peace will not come from estrangement, segregation and a demonisation of one side. It will not come from dwelling on the past, and a competition as to who has suffered the greater injustice. It will not be imposed by outsiders who think they know best. It will come from having empathy for others, but not so much empathy that they are infantilised and disempowered. It will come from dialogue between the two sides, co-existence, and a recognition that the other has legitimate grievances and rights. For Palestinians, it will come when their desire to have a viable sovereign democratic state, and to make the sacrifices necessary to effect it, is greater than the desire to see the demise of Israel. It will come when they realise that they have more to gain from normalising relations with Israel than from not. Indeed, they can learn much and derive significant benefits from Israel – the state that overcame the great calamity that befell its people just before its birth, the land where the desert blooms, the start-up nation, the liberal democracy surrounded by hostile dictatorships.

Sadly, the suspension of the municipal elections due to the dysfunction between Hamas and Fatah indicates that the Palestinians have a long way to go before they have leaders who will act in their interests; provide Israel with a trustworthy, credible partner for peace; and build a state they can be proud of.

Meeting Palestinians, I realised just how betrayed and obstructed they are by those who purport to act on their behalf. Alleviating Palestinians’ suffering and helping them to advance in life is not the end game, if that would require departing from their narrative that Israel is the evil incarnate. It is in the interests of the Palestinian elites, and the activists who are their useful idiots, to have them perceived and perpetuated as the oppressed and the helpless. It doesn’t matter what the people want; their cause is co-opted for other ends. In New Zealand, Kia Ora Gaza‘s Roger Fowler (one of those self-described “human rights activists”) posts on Facebook “How we can support the Third Intifada Online”, despite the fact that it is clear from all the Palestinians and Israeli experts we met with that there is no desire among the general Palestinian population for another intifada, the last two having cost them so dearly. Palestinians are used as a pawn in the game of Hating Israel, and they suffer. Rather than being helped, they bear the cost of the grand-standing, the politics and the power play.

I left with both a sense of hope, having met Palestinians who are trying to make change for the better, and despair, at the thought that they will not be able to do so.