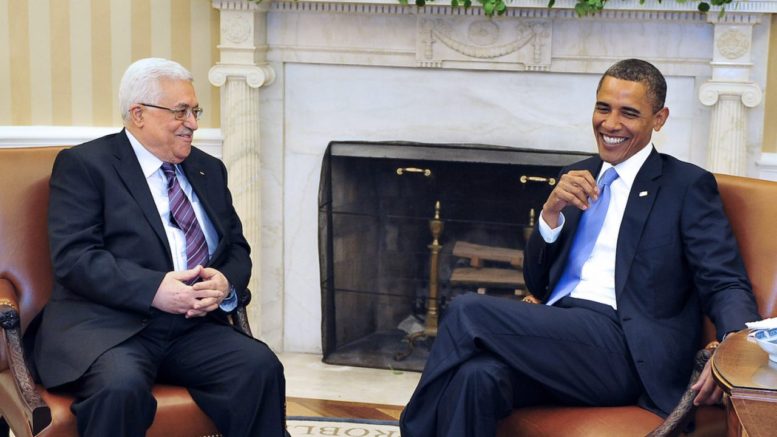 …Saddest of all are what Lenin might have called the “useful idiots,” decent but distant countries like New Zealand and Japan who, although not immune to peer pressure, may actually have thought that all they were doing was registering their disagreement with Israel’s settlement policy and encouraging the parties to negotiate…”Trevor Norwitz

UN Security Council Resolution 2334 will inflict serious and enduring damage to the State of Israel and to the Jewish people. It brands Israel, the nation state of the Jewish people, a “flagrant” violator of international law, fueling the movement to isolate it and turn it into a pariah among nations. As such it will promote the growing anti-Semitism around the world. It may even invite or be used to justify horrific terrorist attacks of the sort we have seen in Jerusalem this month. But those are not the primary reasons the President should have vetoed it.

The United States should not surprise (some have used the term “ambush”) a close ally and friend in an important forum like the UN Security Council, as it seems clear was done in this case. But that also is not the main reason he should have vetoed it.

The American president should not base critical foreign policy decisions on personal animus, as it appears he did here. But that too is not the most important reason he should have vetoed it.

The decision was not only highly inappropriate for a “lame duck” president, designed to make it more difficult for the incoming administration to pursue its foreign-policy goals, but there can be little doubt that he knew his action was antithetical to the bipartisan views of the majority of the American people. In other words, his action was deeply undemocratic. But even that, although more than cause enough, is not the main reason he should have vetoed it.

there can be little doubt that he knew his action was antithetical to the bipartisan views of the majority of the American people. In other words, his action was deeply undemocratic.Trevor Norwitz

The fundamental reason he should have vetoed UN Security Council Resolution 2334 is because it is a very bad resolution: it is lawless, ahistorical, unprincipled, unfair and counterproductive.

It is lawless because it purports to state a legal conclusion which it is unqualified to do and which is incorrect. It is ahistorical because it does not describe reality, but adopts a fabricated political narrative.

It is unprincipled because it runs counter to past UN resolutions (not to mention promises by past US administrations) on which all peace-making efforts of the past 25 years have been based.

It is unfair because it is unbalanced, blaming Israel for the failed peace process when it is the Palestinians who for years have refused to negotiate but turned instead to warfare and lawfare (this very resolution being a case in point).

And it is counterproductive because it makes a negotiated peace much more difficult to achieve.

The Security Council baldly declared that “the establishment by Israel of settlements in the Palestinian territory occupied since 1967, including East Jerusalem, has no legal validity and constitutes a flagrant violation under international law.”

These allegations are simply wrong as a matter of international law. Fourteen countries acting in their own political interests – or even all 193 UN members – do not have the ability to decide what the law is. The law is the antidote to the mob, not the product of it. For political reasons (or without even knowing what they were doing), these countries decided to declare that rebuilding ancient synagogues in the Jewish Quarter of the Old City of Jerusalem is a war crime. That does not make it one.

I do not like many aspects of Israel’s settlement practices and policies myself, but it is simply wrong to declare everything Israel has done on the other side of the 1948 armistice lines a flagrant violation of international law. A Security Council resolution is a serious matter, even if the parties signing on to it do not think about it deeply beyond the headlines and their own short-term political interests. It impacts the developmePalestinint of the law.

There can be little doubt that Resolution 2334 will be cited in many future efforts to delegitimize and demonize Israel. That is how the long game of Palestinian lawfare is played. This very resolution, for example, “recalls” the International Court of Justice’s “Advisory Opinion” on Israel’s security barrier, that ludicrous travesty of justice that unmasked how that well-intended institution had been politicized and undermined. 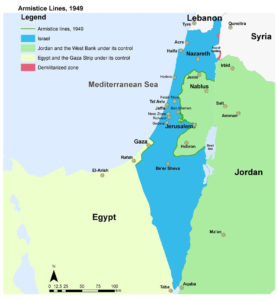 Resolution 2334 is ahistorical. It is premised on the “occupation in 1967 of Palestinian lands” and refers repeatedly to “occupied Palestinian territory (including East Jerusalem).” Israel captured the West Bank from Jordan in a defensive war in 1967 after Jordan attacked Israel, despite Israel’s imploring it not to. Israel subsequently entered into a peace agreement with Jordan which renounced all claim to the West Bank. The fact that Israel has demonstrated its willingness to cede by negotiation almost all of the West Bank (which constituting a sizable portion of the historical homeland of the Jewish people) to the Palestinian body politic that has emerged since that time, does not make that “occupied Palestinian territory”.

Resolution 2334 is unprincipled. Although purporting reaffirmation, this resolution is inconsistent with Resolution 242 passed after the 1967 war, which calls for Israel to withdraw from some – but not necessarily all – territory it captured in that defensive war in exchange for the ability to live in peace within secure and recognized boundaries free from threats or acts of force. The events of this past week illustrate graphically and tragically how far away that objective remains. Resolution 2334 is also effectively a repudiation of the Oslo Accords – which state that the parties should proceed by negotiation and not by unilateral action – by both the Palestinian Authority and the “Quartet” made up of the UN, the EU, Russia and the United States.

Resolution 2334 is unfair in blaming Israeli settlements for the failure of the peace process when it is obvious to all but the willfully blind that the fundamental problem is that Palestinian leaders have no interest in peace with Israel as the homeland of the Jewish people. The only two-state solution they are willing to contemplate involves having two majority Palestinian states. They have steadfastly refused to negotiate in the face of extraordinary concessions offered by Israel (which they even denied having received for years).

Although it purports to condemn terrorism and provocation, the resolution does not even call out the Palestinian Authority for their continuous encouragement and rewarding of terrorism. (Perhaps the only silver lining to this dense fog is that it calls for accountability for those who support terrorism and provocation to terror, which would include several countries – including some signatory to this resolution – who support the Palestinian Authority financially as it daily encourages and rewards acts of terror.)

Resolution 2334 will retard rather than advance the case of peace. It makes it much harder for Palestinian leaders to make the serious concessions they would have to make to achieve a negotiated agreement. And on the Israeli side, it will be used as proof that the entire world is hopelessly biased against the Jewish state so they should just circle the wagons and wait until the likes of ISIS and Al Qaeda prove their point rather than trying to accommodate critics who can never be satisfied. In short, this resolution strengthens the hardliners on both sides and cuts the legs out from under the moderates.

Some may say it is unfair to blame President Obama. After all, America abstained and the resolution was unanimously approved by the other 14 Security Council members. However (even aside from evidence that America’s involvement in this resolution was anything but passive), where Israel is concerned America has always been the only honest broker at the UN.

As Secretary General Ban Ki Moon recently acknowledged with shame, the UN is riddled with anti-Israel bias. The Security Council is no exception, with the usual array of self-serving power players positioning themselves for global or regional influence, hypocrites seeking to divert attention from their own deplorable human rights records, appeasers afraid of the growing Muslim communities in their own countries, bloc followers and vote sellers.

Saddest of all are what Lenin might have called the “useful idiots,” decent but distant countries like New Zealand and Japan who, although not immune to peer pressure, may actually have thought that all they were doing was registering their disagreement with Israel’s settlement policy and encouraging the parties to negotiate. All the free riders at the UN know that they can comfortably vote their own self-interest when it comes to the Middle East because America “has Israel’s back” to use Obama’s own phrase. So it is not unfair to lament how he wielded his veto power. Et tu, Barack?

It is sad that this abstention heard around the world, along with the decimation of the Syrian people, a nuclear Iran and a revanchist Russia, will be Obama’s primary foreign policy legacies.