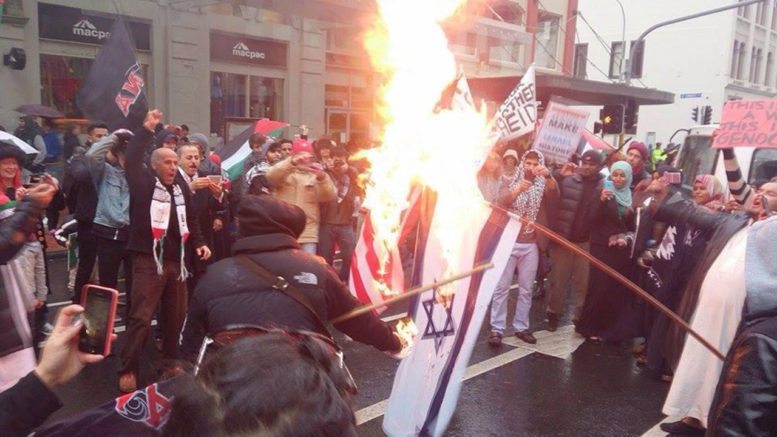 When is criticism of Israel anti-Semitic? This vexed question has been brought into focus after the suspensions of several high-profile UK Labour Party officials.

Criticism of Israel is not in itself anti-Semitic. Nobody claims Israel, New Zealand, or any other state is perfect. Indeed, some of the harshest criticism of Israel comes from within Israel. That is to be expected of a liberal democracy with a Parliament that represents wide-ranging political views, a vibrant media and a robust judicial system, and it should be celebrated.

Israel should be scrutinised in the same way – no more, no less – as any other state. Criticism involves facts, context, analysis and judgment – in, for example, expressing reasoned disapproval of the comments of the Israeli Prime Minister or of settlement policy in the West Bank.

But when Israel is demonised, delegitimised and discriminated against, as it frequently is, that has gone beyond criticism into something else altogether. Can it be right that this could never be anti-Semitism? That anti-Semitism could never express itself as antipathy towards Israel?

Anti-Semitism, or Jew-hatred, does not necessarily have a shaven head and daub itself with swastikas; it is not the monopoly of the far right. It is insidious. Called the oldest hatred, it has mutated over time. Once it was religious-based, then racial. These days, it often masquerades as visceral vilification of Israel. It may be found lurking in those on the left-wing, even though as avowed anti-racists, who may even have Jewish friends, they would be appalled to be considered anti-Semitic.

Anti-Israel anti-Semitism can take the form of anti-Zionism. Zionism is the belief in the right of self-determination of the Jewish people in their historic homeland. Anti-Zionists (like New Zealand’s Kia Ora Gaza) support the destruction or dismantling of Israel as a Jewish state. Anti-Zionists believe in the right of other people, such as the Palestinians, to self-determination, but forbid it of only one people, the Jews. It is anti-Zionist to deny that Jews are a people, and to deny the connection of the Jewish people to the land of Israel, despite all historical, archaeological, and genetic evidence to the contrary. Proposing to ethnically cleanse Israel of all Jews – as did Naz Shah, the now-suspended UK Labour party MP – is anti-Zionism, as is claiming that Israel is a racist endeavour. There is no other country in the world whose very right to exist is called into question.

Often, anti-Semitism manifests itself by falsely accusing Israel of crimes against humanity. It claims Israel commits genocide – despite the fact that the Palestinian population is rapidly increasing. It labels Israel an apartheid state – despite its two million Arab citizens enjoying more rights than in any neighbouring state and participating in every aspect of civil society including in its Parliament, as judges, and in the defence forces. It manifests itself in Holocaust inversion, where the Israelis are the Nazis and the Palestinians the new Jews – such a grotesque distortion that even rebutting it risks giving it unwarranted validity. A 2014 anti-Israel protest in Auckland featured swastikas and a sign reading “Hitler would be proud”.

Sometimes, anti-Semitism finds form in using the dehumanising tropes and conspiracy theories of classic anti-Semitism against Israel or “Zionists”. When an Israeli team assisted in earthquake-torn Haiti, there was speculation that it was harvesting organs; social media is awash with claims that Zionists control the world banking system and the media.

Anti-Semitism arises when Israel is held to a standard that no other nation is held to. It exists when a person refuses to criticise Hamas for using human shields but excoriates Israel for the 2014 Gaza war, ignoring the High Level Military Group’s report that Israel far exceeded the standards of the Geneva Convention. It’s there when China’s and Saudi Arabia’s egregious human rights records are ignored, while Israel receives disproportionate opprobrium. It exists when a person never allows praise of Israel – for example, its proud tradition on gay rights is dismissed as “pink-washing”. It arises when Israel’s “occupation” of the West Bank arouses hysteria and hyperbole, but no other occupation anywhere rates a mention.

Anti-Semitism is not reasoned debate and substantiated political comment about Israel. It is hypocritical hostility towards the state of Israel, the living embodiment of the Jewish people, the Jew amongst the nations.

The good news? For too long anti-Semitism has hidden in plain sight in polite society. The recent events in the UK have brought these issues out into the open. Credible commentators across the political spectrum are now discussing them sensitively and intelligently. The Jewish story did not end with the Holocaust; it is one of self-determination, hope and renewal. That is a message that resonates as much today as ever.

This article was published in the NZ Herald.