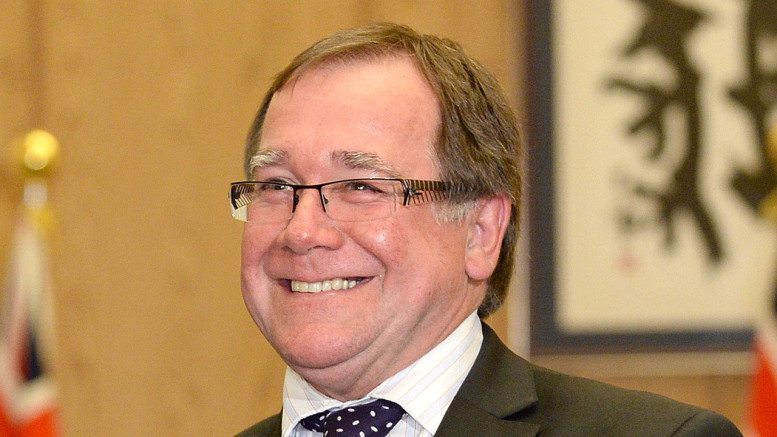 When New Zealand set about campaigning to win a seat on the Security Council, it did so on a platform of even-handedness and fair-mindedness, particularly on the sensitive Palestinian-Israeli conflict. Foreign Minister Murray McCully has since signalled a blatant departure from this policy in a recent address to the Sydney-based Lowy Institute, when he said:

…the situation on the ground gets worse, violence has escalated, and the viability of the two state solution is disappearing as a consequence of Israeli settlement activity.”Murray McCully

Speaking to an audience at an institute that bears the name of a man who survived the Holocaust and fought for Israel’s independence, Mr McCully blamed Israel, and Israel only, for failed peace talks.

No longer can New Zealand claim to be an honest broker in any peace deal.

Not only does McCully’s summation of the situation indicate an absolute rejection of any pretence to impartiality, it is also completely incorrect. It simply does not stand up to any scrutiny, when one looks at the facts. Indeed, it may lead one to question whether McCully has looked at the facts at all.

Had McCully paid attention to the facts, he might have noticed that as recently as last week, US Vice President Joe Biden met with President Abbas and made an offer that included a complete freeze on settlement building and a capital for Palestine in East Jerusalem, in exchange for recognition of Israel as a Jewish State and the relinquishment of the demand for “right of return”. It took just two hours for Abbas to reject it outright.

If settlement-building was the main obstacle to peace, why would Abbas have turned this down? Could it be that Palestinian refusal to recognise Israel as a Jewish state is really the obstacle to peace, or at least as concerning as the settlements? Is the refusal of the Palestinians to meet with Israel not a barrier to peace at least as large as the settlements? Has McCully not read the Palestinian Foreign Minister’s statement saying that Palestinian Authority will “never again” sit down to conduct direct negotiations with Israel?

Similarly, if he was interested in the facts, Mr McCully might have noticed that Israel has shown on many occasions a willingness, in good faith, to trade land for peace and has, in the case of the Sinai and Gaza, forcefully disbanded settlements and removed all Jews from where they are not welcome. Therefore, history empirically shows that building settlements is not an obstacle to peace. As the Gaza situation attests, disbanding settlements is also no guarantee of peace.

Had McCully done his homework he might also have discovered that settlement construction is in fact slower now than it has been for decades and no new land has been taken for the past 15 years. The vast majority of home construction in settlements is within existing settlement blocs on the outskirts of Jerusalem that since the Clinton plan in 2000 have been acknowledged would stay with Israel as part of land swaps in any permanent deal. The idea that Israel is engaged in large-scale colonisation of the West Bank simply is not true.

Settlements are not the issue, despite what McCully says. But as history has shown us, it’s more convenient to blame the Jews – irrespective of the facts.

McCully did recognise that “violence” is also an issue. But he didn’t name who was responsible for the violence. Had he paid any regard to the facts, he might have noticed that, rather than engaging in negotiations, Palestinians have recently been engaged in yet another wave of brutal violence against Israeli civilians, encouraged by their leaders who condone, and engage in, constant incitement. In the last six months, 34 Israelis have been killed in terrorist attacks and 404 injured. Among the victims are a pregnant woman, mothers and fathers killed in front of their children, an elderly man hacked to death, youths attacked in the street, simply for being Jewish.

McCully’s vague assertion that “violence has escalated” exculpates those responsible for the violence and falsely maligns Israel. US Vice President Biden has recently condemned the ongoing Palestinian terror attacks against Israelis, and Abbas’ failure to condemn them. Not once have we heard a similar statement from McCully, clearly condemning Palestinian violence or incitement from Palestinian leaders.

In October last year the US State Department backtracked on Secretary of State John Kerry’s comments blaming Israeli settlement construction for the outbreak of Palestinian terror and violence across Israel. Rather than similarly explaining his comments, condemning the Palestinians for their role in the conflict, and restoring some semblance of balance, McCully attempted to explain his bias by claiming “…there is only one party that is responsible for the settlements programme…”.

In order for there to be a viable two-state solution, there needs to be two states committed to the process. Mr McCully’s comments counter-productively damage this commitment. What motivation do the Palestinians have to negotiate or compromise when they are not considered responsible for any part of the conflict? As Colin Rubenstein, executive director of The Australia/Israel and Jewish Affairs Council, says

“The Palestinian side is refusing to negotiate without preconditions – as Israel has repeatedly invited them to do – and endorsing false Palestinian claims about settlements, and apparently calling for the UN to likewise do so, will only guarantee that this unhelpful situation continues.”Colin Rubenstein

McCully has departed from a long-held policy of fair-mindedness and damaged the reputation of New Zealand as an honest broker of peace.