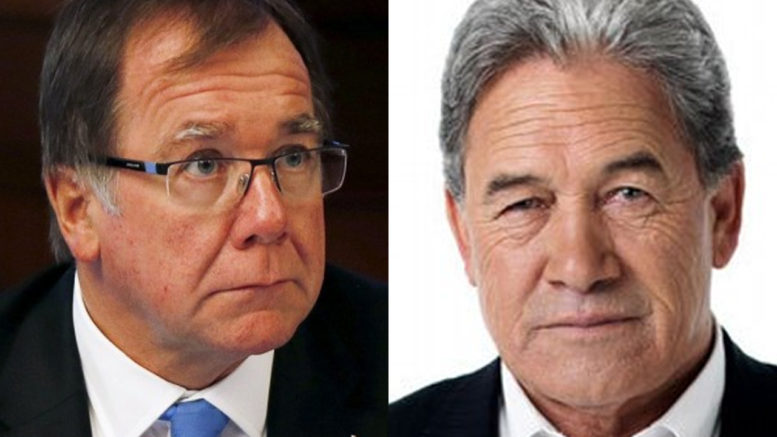 In a response under the Official Information Act, Mr McCully’s office claims the text of Resolution 2334 from Egypt, was not presented to the Cabinet because it was received on 22 December, 2016 and voted on in the morning of December 24, 2016.

The office claims Mr McCully’s actions were consistent with New Zealand’s policy settings. That statement is false. And that’s the reason why countries like Australia and others are asking the New Zealand Government for an explanation.

Section 5.73 of the Cabinet manual expressly requires that any international proposal, including ‘denunciation’, must first be approved by the Cabinet”.Winston Peters

Peters said McCully acted unilaterally on an important international issue – and that this begs the question of why was the Cabinet effectively hijacked on this issue.

Clearly the National government feels vulnerable on this lack of Cabinet decision making and is refusing to reveal any information around the decision.

New Zealand First’s requests for details of briefing documents, correspondence, and other relevant documents have been rejected for reasons including ‘avoiding prejudicing the international relations of the New Zealand government’, and that ‘no public interest in releasing the information that has been withheld has been identified that would be sufficient to override the reasons for withholding it’.”Winston Peters

In Peters’ view, the reality is that McCully’s actions and the government’s condonation of them have seriously prejudiced this country’s international relations and constitute a damaging diplomatic blunder.

New Zealand co-sponsored Resolution 2334, which condemned Israeli settlements in the West Bank and East Jerusalem as an obstacle to the two-state solution, on December 23 last year.

Israel’s Ambassador to New Zealand, Dr Itzhak Gerberg, was recalled shortly afterwards and, to date, has not returned to New Zealand.

McCully has staunchly defended New Zealand’s co-sponsorship of Resolution 2334 as being consistent with “our long standing bi-partisan support for the two state solution as a basis for resolving the Palestinian question”.

He has been supported in this position by Prime Minister Bill English.

However, there has been a significant level of public disquiet over New Zealand’s involvement with Resolution 2334. At one point, McCully’s electoral office was even vandalised with graffiti.