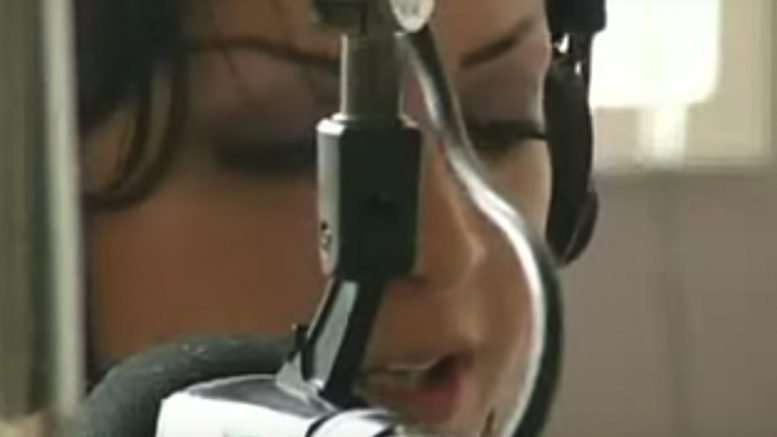 [UPDATED on 7 October 2016 to include a statement from Colliers International CEO as well as a link to the RNZ interview with Dr David Cumin of the New Zealand Jewish Council – see the bottom of this article.]

RNZ has once again aired a litany of unchallenged lies in a one-sided discussion of a contentious issue.

On October 6, the ‘Women’s Boat to Gaza’ was intercepted by the Israeli Defence Forces. This has become an annual occurrence since the first attempt by the Freedom Flotilla Coalition to breach Israel’s naval blockade on Gaza, which was imposed after a particularly intense period of rocket attacks on Israeli civilians.

Israel has learned from past experience that the procedures for handling these breaches of sovereign waters are fairly standard. The IDF said in a statement:

In accordance with government directives and after exhausting all diplomatic channels, the Israeli Navy redirected the vessel in order to prevent a breach of the lawful maritime blockade … In accordance with international law, the Israeli Navy advised the vessel numerous times to change course prior to the action. Following their refusal, the Navy visited and searched the vessel in international waters in order to prevent their intended breach of the lawful maritime blockade of the Gaza Strip. The visit and search of the vessel was uneventful,”IDF statement

Jon Bridges hosted a RNZ afternoon discussion show, The Panel, as a fill-in for the usual host, Jim Mora. Not long into the show he introduced to his guest panelists the topic of the (inevitable) interception of the Women’s Boat by Israeli forces, despite apparently having no knowledge of the facts.

At no time did the host or the production team allow for any balance in the segment.

been under an illegal siege for nearly 10 years now that has crippled Gaza. [Israel] has blocked aid supplies; it has blocked food supplies, construction supplies, medical supplies…”Golnaz Bassam Tabar

This statement is blatantly false and Bridges did nothing to challenge it. Rather than blocking aid supplies, Israel allows large amounts to enter Gaza. In the first half of 2016, 88,800 truckloads of goods were transferred to the Hamas-controlled enclave through the Kerem Shalom border crossing in southern Gaza. There was also no mention of the fifteen thousand people who cross the border each month. Nor the amount of aid being diverted by Hamas for the construction of a network of terror tunnels. There was also no discussion of the lack of aid facilitated to Gaza through Egypt. Bridges perpetuated the myth that Israel is conducting a “siege”.

But that wasn’t all Bridges failed to challenge. He invited Bassam-Tabar to explain what the blockade was about and asked her to give some historical context. Instead of doing that, Bassam-Tabar took the opportunity for some more fanciful Israel-bashing, which Bridges did nothing to stop or correct:

Gaza was effectively turned into an open air prison of mass suffering under the guise of security for Israel because that’s where the conflict from the Palestinian side would often arise from. But that’s also one of the most populous – I think it’s the most populous place … in the Middle East. It’s where the Palestinians are clustered and often where they’ve risen up from in fighting against the oppression they suffer from. It’s always been a hotbed of trouble for the Israelis. I don’t think that’s ever going to stop – they have the underground tunnels now that the Palestinians are getting supplies in from. That’s the main way of getting supplies in and the main way of communicating with the outside world…”Golnaz Bassam Tabar

There was no attempt to establish the simple fact that the blockade didn’t exist before Hamas took power and started enacting their charter, which calls for the destruction of Israel, by attacking Israel. When the threat of suicide bombers, other terrorists, and rocket attacks is real, there is no “guise of security”. On the morning the boat was intercepted, a rocket fired from Gaza landed in Sderot but RNZ didn’t report that or put the discussion of Marama Davidson on a boat in the historical context of thousands of other rocket attacks.

Despite the often repeated refrain that Gaza is the most populated place in the world (or even the Middle East), a simple google search shows that Gaza city doesn’t even make the top 40 most populated cities and Jabalya camp within Gaza doesn’t even make the top 20. Shalom.Kiwi has reported previously that a new luxury mall is soon to open in Gaza, also; it is unlikely that any prison in the world would be so well equipped.

As for the tunnels, they are not needed for smuggling food or medical supplies because Israel allows those through; they are only required for smuggling weapons or infiltrating Israel for terror attacks. The tunnels are also not the main way of communicating with the outside world. Gazans are on social media and have phones, you can find Wi-Fi in the hotels of Gaza city and, as above, fifteen thousand people cross the border each month.

Sir Geoffrey Palmer led a report to the UN which found that the maritime blockade was “a necessary step for Israel to take in order to protect its people and to defend itself”. At least Ruwani Perera was aware of this, mentioning the Palmer Report to correct the first inaccuracy of Bassam-Tabar. Ruwani Perera also said that the IDF tactics used this year were “textbook” and described her similar experience of last year from interception, to “paparazzi” welcome, to search, to interrogation, to detention, and release.

Bridges opened the segment saying the protest ship crew was “trying to deliver aid to those living within the blockade”. This fallacy was also refuted by Ruwani Perera, who said the activists were after publicity alone (as they themselves have said also – “The Women’s Boat to Gaza is a solidarity, not an aid mission”). To be so woefully misled as to the purpose of the whole boat trip is a sad indictment on RNZ. However, it is their imbalance and the unchallenged lies (see above and below) which contradict NZ broadcasting standards.

It is disgraceful that the RNZ segment failed to even mention the role that Hamas plays in the suffering of the Palestinians, particularly women. Israel is not responsible for the honour killings which continue without intervention under Hamas’ rule; the persecution of gays, including gay women; the forced dress code for women in public places; the glorification of suicide bombers, especially female ‘martyrs’; the banning of women from running marathons; or the shocking rate of domestic abuse in Gaza. It might be expected that extremist activists would ignore Hamas’ actions to lambast Israel but RNZ should be more independent and balanced. 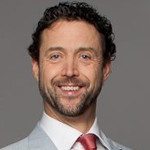 Jon Bridges acknowledged that “the last thing that Israel would like to see would be someone getting hurt in this situation so I think you’d have to figure [Marama was] fairly safe”. However, Bassam-Tabar didn’t take kindly to this sensible statement, telling listeners that “[Israel] has the record of jumping on the Turkish flotilla and killing around 20 activists about 6 or 7 years ago”. Again, this imbalanced, false narrative was not countered. There were nine activists killed, and another who died later. As tragic as that still is, many of us remember the video footage of Israeli soldiers being violently attacked and thrown from the deck of the ship. The Palmer Report found, upon investigation that:

Israeli Defense Forces personnel faced significant, organised and violent resistance from a group of passengers when they boarded the Mavi Marmara requiring them to use force for their own protection. Three soldiers were captured, mistreated, and placed at risk by those passengers. Several others were wounded.”UN Report led by Sir Geoffrey Palmer

The IDF have learned since then and developed procedures to more effectively deal with these situations. Unfortunately, the flotilla activists seem to have learned nothing and continue to persist with these ineffective publicity stunts. Shalom.Kiwi wonders when RNZ will learn something and cease broadcasting one-sided and inaccurate discussions regarding the Israel/Palestinian situation with presenters who are hopelessly out of their depth. This is surely what good journalism and a sense of fairness demands.

RNZ also interviewed Dr David Cumin of the New Zealand Jewish Council, who addressed some of the inaccuracies and imbalance in the segment.