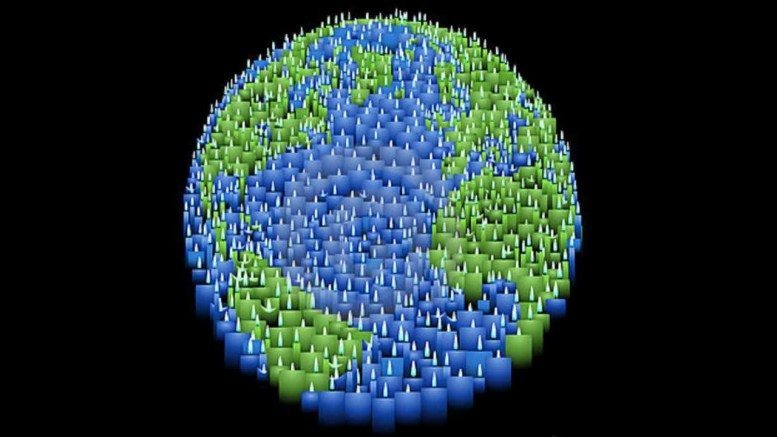 United Nations International Day of Commemoration in memory of the victims of the Holocaust is designated as Jan 27, the day in 1945 that the largest Nazi concentration and death camp, Auschwitz-Birkenau, was liberated. In a recent post, we suggested a number of ways to remember the day, including attending one of the events in NZ. Below is a world tour from East to West of leaders’ words and actions, ending in Aotearoa.

USA: President Obama gave an excellent speech in which he raised concern about rising anti-Semitism and the new anti-Semitism seeking to destroy the Jewish State. The President reaffirmed support for Israel, saying:

And I ask these questions because, even as the Holocaust is unique, a crime without parallel in history, the seeds of hate that gave rise to the Shoah — the ignorance that conspires with arrogance, the indifference that betrays compassion — those seeds have always been with us. They have found root across cultures, and across faiths, and across generations. The Ambassador mentioned the story of Cain and Abel. It’s deep within us. Too often, especially in times of change, especially in times of anxiety and uncertainty, we are too willing to give into a base desire to find someone else – someone different – to blame for our struggles.

Here, tonight, we must confront the reality that around the world, anti-Semitism is on the rise. We cannot deny it. When we see some Jews leaving major European cities – where their families have lived for generations – because they no longer feel safe; when Jewish centers are targeted from Mumbai to Overland Park, Kansas; when swastikas appear on college campuses – when we see all that and more, we must not be silent.

It’s why, when voices around the world veer from criticism of a particular Israeli policy to an unjust denial of Israel’s right to exist, when Israel faces terrorism, we stand up forcefully and proudly in defense of our ally, in defense of our friend, in defense of the Jewish State of Israel. America’s commitment to Israel’s security remains, now and forever, unshakeable. And I’ve said this before – it would be a fundamental moral failing if America broke that bond.” Barack Obama

We hope that Obama’s great oratory is matched by action.

Canada: Prime Minister Trudeau made a statement (below) which omitted any reference to Jews – something he has been criticised for.

On this day, we pay tribute to the memory of the millions of victims murdered during the Holocaust. We honour those who survived atrocities at the hands of the Nazi regime, and welcome their courageous stories of hope and perseverance.

The Holocaust is a stark reminder of the dangers and risks of allowing hate, prejudice, and discrimination to spread unchallenged. It also reminds us that silence must never be an option when humanity is threatened.

As we pause to educate ourselves and our families on the bitter lessons of the Holocaust, we also strengthen our resolve to work with domestic and international partners to continue defending human rights and condemning intolerance.”Justin Trudeau

UK: Prime Minister Cameron announced £50m for a memorial to the victims of the Holocaust and education centre. The structures will be erected beside the Parliament building in London as “a permanent statement of our values as a nation” and something that would be visited “for generations to come”. Such a memorial and education facility will last for a long time and speak much louder than words.

“France is your country. Your place is here. This is your home. If terrorism encourages you to move away from France, from French culture, from the French language, then terrorism will have achieved its purpose.”Francois Hollande

Any comfort this might have been to French Jews was somewhat tempered by the fact that the French president chose on this day of all days, to host Iran’s president, Hassan Rouhani.

UN: Secretary General Ki-moon’s speech was commendable. He said that those who deny the Holocaust only perpetuate falsehoods and make a mockery of the pain. Of Iran, he said:

I was profoundly disappointed to learn of another so-called ‘Holocaust cartoon contest’ being planned this year in Iran .. At this time of sectarian tensions, mutual respect must be foremost in our minds. Spreading hatred and toying with historical facts only leads down the dead-end of discord and danger…”Ban Ki-moon

However Ki-moon also made another speech that day and the previous day lambasting Israel, the nation born off the back of the tragedy of the Holocaust, to be a safe place for Jews. While criticism of Israel is legitimate, as it is for any state, the timing and imbalance of Ki-Moon’s speeches along with the blindness to the Islamic anti-Semitism fuelling the conflict, tempers his otherwise commendable Holocaust speech.

The President of the General Assembly, Mogens Lykketoft, lamented that

the evidence over the past 70 years, suggests that we still have not put the lessons from the past into practice. We still see anti-Semitism, racism and discrimination against the vulnerable tolerated across the world.”Morgens Lykketoft/cite>

Vatican: A Holy See representative said the day “calls for a universal and ever deeper respect for the dignity of every person.”

Germany: Chancellor Merkel opened an exhibition of Holocaust art in Berlin that is the largest such exhibit outside of Israel. The investment in such an exhibit speaks volumes. Merkel reflected that “the millions of individual stories during the Shoah remain deeply rooted in our national conscience. This followed her comments two days earlier that:

Anti-Semitism is more widespread than we imagined. And that is why we must act intensively against it,” and “We must take care, specifically also in youth (from) countries where hatred of Israel and Jews is widespread.”Angela Merkel

Israel: Prime Minister Netanyahu released a statement that spoke of rising anti-Semitism around the world, including that “the obsession with the Jews – the fixation on the Jewish state – defies any other rational explanation … some things just don’t change”. Netanyahu then went on to point out what had changed.

Today we are an independent and sovereign people in our own homeland. Today we can speak out against the voices of hatred and those seeking our destruction. Today we can protect ourselves and defend our freedom. We have changed and we stand and speak out and we defend ourselves. But where is Europe? Where is the rest of civilization?”Benyamin Netanyahu

Iran: While President Rouhani made no public comment about the Holocaust, the Supreme Leader of Iran released a Holocaust-denial video to mark the day.

Australia: The Governor of New South Wales, David Hurley, addressed those attending a ceremony at the Sydney Jewish Museum and spoke of his concern that “never again” may be hollow words as there are currently over 400,000 people affected in Syria.  “We have not learnt to stop these people-against-people conflicts from re-occurring”.

New Zealand: Sadly, there was no official statement made by our Prime Minister, Minister of Ethnic Affairs, or our Human Rights Commission to mark the day. However events were held in Tirau and Wellington. The Mayor of South Waikato District, Neil Sinclair reiterated the importance of learning from history and standing against intolerance and hatred. Wellington Mayor, Celia Wade-Brown, spoke of the children who were killed during the Holocaust and the great work of the Holocaust Centre of NZ in educating Kiwi kids today.

While it is encouraging to see community leaders take up the baton of Holocaust commemoration, we would hope that our nation’s leaders would follow the example of other world leaders and give this occasion that attention it deserves. In a world where intolerance and hatred still dominate headlines, our leaders should embrace every opportunity to articulate the original vision of this commemoration day, that,

…the Holocaust, which resulted in the murder of one third of the Jewish people, along with countless members of other minorities, will forever be a warning to all people of the dangers of hatred, bigotry, racism and prejudice.”United Nations Resolution 60/7