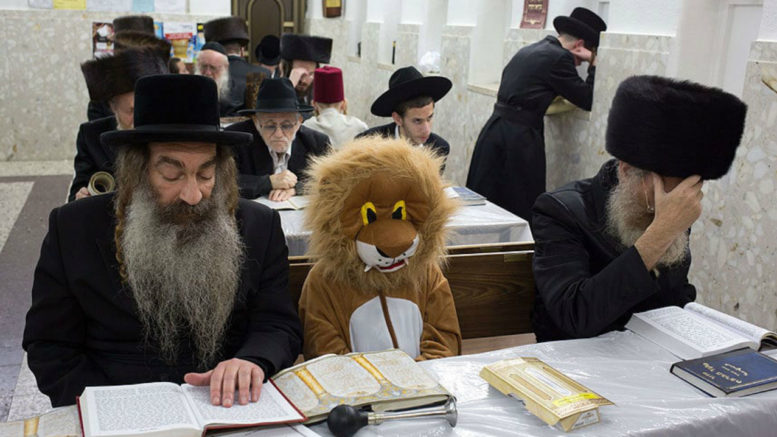 “They tried to kill us. We survived. Let’s eat”, sums up most Jewish holidays fairly well. In the case of Purim, the attempted destruction of the Jews occurred in Persia, modern day Iran. The Jews survived because of an intelligent, courageous, and beautiful woman, Esther. As well as food, Jews are also encouraged to drink until euphorically drunk, give charity, and dress up to celebrate Purim.

The story of Purim, that Jews read each year from the Book of Esther, occurs at a time just after the Persian Empire conquered Babylon. The new King, Cyrus, was far kinder to minorities than the previous rulers; he allowed Jews to return to Judea and to rebuild their temple in Jerusalem. Some Jews took the opportunity and migrated to re-establish their homeland but the Samaritans objected and threatened to rebel if the rebuilding continued. After years of petition, and following the succession of King Ahasuerus, a freeze on building was imposed on the Jews.

At that time there was a prophecy that Jews would have self determination in Israel after 70 years of Babylonian domination. However, King Ahasuerus was still supreme leader when he calculated that time had come. Since the Jews were still subservient to him, the falsification of the prophecy was reason for celebration. So a lavish banquet was thrown to effectively recognise that Jews will not be equals. In a cynical move, the King invited Jews to the feast, where he displayed sacred Jewish objects and wore clothes of the High Priest, emphasizing his superiority.

At the feast, the King banished his wife for not obeying his wish that she danced for him. In the search for a new queen, Ahasuerus finds, falls in love with, and marries Esther, who had kept her Jewish identity secret on fear of persecution. While Ahasuerus is married to Esther, his chief advisor, Haman, feels insulted by Jews refusing to bow to him.

Haman decides to exterminate the Jews and convinces the King, citing the Jews’ refusal to follow laws. Esther’s uncle, Mordechai, hears of the plan to destroy the Jews and appeals to Esther for help. Esther arranges a banquet, where she reveals that she is Jewish and that she knows of Haman’s plan. The king, furious that anyone would try to kill his queen, ordered that Haman be hanged and thus, the Jews were saved.

The most traditional of Purim food is the Hamantaschen – triangular pastries traditionally filled with poppy seeds. The word is yiddish for “Haman’s pockets”, representing how corrupt he was to accept bribes. In Israel they are known as “Oznay Haman”, meaning “Haman’s ears” representing the old practice of cutting off criminals’ ears before they were executed.

As mentioned, there is a custom to drink “until he doesn’t know the difference between ‘cursed is Haman’ and ‘blessed is Mordechai’.” and, although the meaning is debated, the intent is to be joyous while also reminding ourselves of how fickle we are.

Regardless of how much one drinks, it is custom to boo loudly and make noise whenever Haman’s name is read during the synagogue service so as to blot out his name and everyone dresses up to amplify the festive spirit. To remind us that we are not complete without the community, we also make sure that those in need are taken care of and can join the celebration of a surviving people – thus, charity is also part of Purim.

Shalom.Kiwi @ShalomKiwi @StateSEAS: He can blame “Zionists,” the U.S., or anyone else, but it’s clear to the world and the Iranian people that his regime’s violent misogyny ignited these women-led protests. https://t.co/j8Tw8seXLo

h J R
Shalom.Kiwi @ShalomKiwi @POTUS: I welcome @IsraeliPM Lapid's courageous statement at the UN General Assembly: “An agreement with the Palestinians, based on two states for two peoples, is the right thing for Israel’s security, for Israel’s economy, and for the future of our children.” I could not agree more.

h J R
Shalom.Kiwi @ShalomKiwi @yairlapid: I say to the people of Gaza: we are ready to help you build a better life, to build an economy. We presented a comprehensive plan to help rebuild Gaza. We only have one condition: stop firing rockets and missiles at our children.