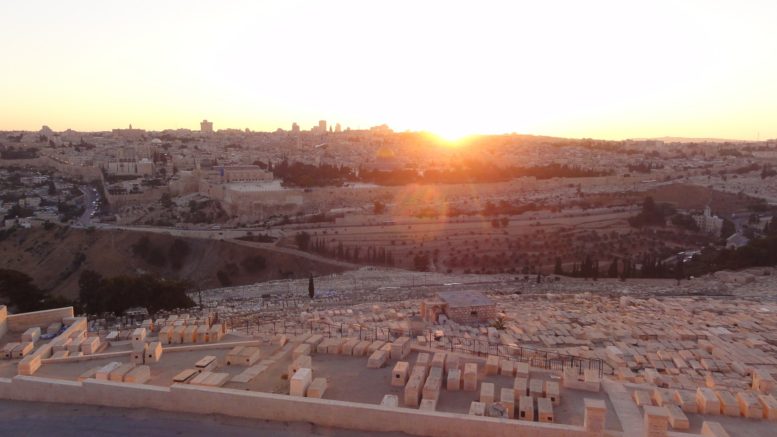 Last week the United States announced it will withdraw from the United Nations Education, Scientific, and Cultural Organisation (UNESCO) because of “mounting arrears at UNESCO, the need for fundamental reform in the organisation, and continuing anti-Israel bias”.

Shortly after the US announcement, Israel issued a statement that it would also leave the UN body, saying UNESCO had “become a theatre of absurd. Instead of preserving history, it distorts it.”

UNESCO has had a long history of anti-Israel bias and anti-democratic politicisation of its stated mission to coordinate international cooperation in education, science, culture and communication. UN Watch director, Hillel Neuer, explained some of the reasons the US withdrew from the organisation included:

”Between 2009-2014, UNESCO adopted 46 resolutions against Israel; 1 on Syria; and zero on Iran, Sudan, North Korea, or any other country in the world. UNESCO paid tribute to mass murderer Che Guevara, elected Syria to its human rights committee, and created prizes named after the dictators of Bahrain and Equatorial Guinea, whose ruler Obiang says God empowered him to kill whomever he wants. UNESCO has a noble founding mission, but that has been completely hijacked by the world’s worst tyrannies and supporters of terror.”Hillel Neuer, UNWatch

This is not the first time that the United States has taken a stand against UNESCO. In 1984, the United States withdrew because of a pro-Soviet Union bias within the organisation. Only in 2002 did the George W. Bush administration decide to rejoin in an effort to build cooperation. In 2011, when UNESCO accepted Palestine as a full member, the Obama administration stopped the US $80m annual budget in protest.

That 2016 vote garnered outrage from Australia’s Foreign Minister, Julie Bishop, who called the resolution “Highly politicised, unbalanced and provocative” – an unusual political move as Australia was not a voting member. Also unusually, The UNESCO Director General expressed criticism of the resolution saying “To deny, conceal or erase any of the Jewish, Christian or Muslim traditions undermines the integrity of the site, and runs counter to the reasons that justified its inscription on the UNESCO World Heritage list.”

The Mexican ambassador also took an unprecedented step and refused to obey instructions from Mexico City to vote for the Arab-drafted resolution. For this, he was awarded the 2017 Eleanor Roosevelt Human Rights Award and he lost his job. Despite the protests, the resolution passed.

UNESCO’s executive board ratified the contentious resolution in May this year, calling Israel an “occupying power” in its capital, and perversely accusing Israel of planting “Jewish fake graves”. Then, in June this year UNESCO took a vote to deny Jewish ties to Hebron.

It is a great shame that an organisation with worthy goals can be taken over by undemocratic nations and used as a tool for political ends. It is unsurprising that Israel is targeted just as Jews have been targeted for millennia. UNESCO New Zealand has so far refused to comment on any of the biased resolutions or the withdrawal of the United States and Israel.

In recent decades, New Zealand has tended to promote liberal democratic values in most major foreign policy issues. The decision by other liberal democracies – most notably the United States, Israel, and Australia – to react to rising anti-Semitism in UNESCO could force New Zealand to confront its own position on the UN body. Because of the anti-Israeli sentiment that has become more overt in UNESCO, our continued association with that body could represent guilt by association.