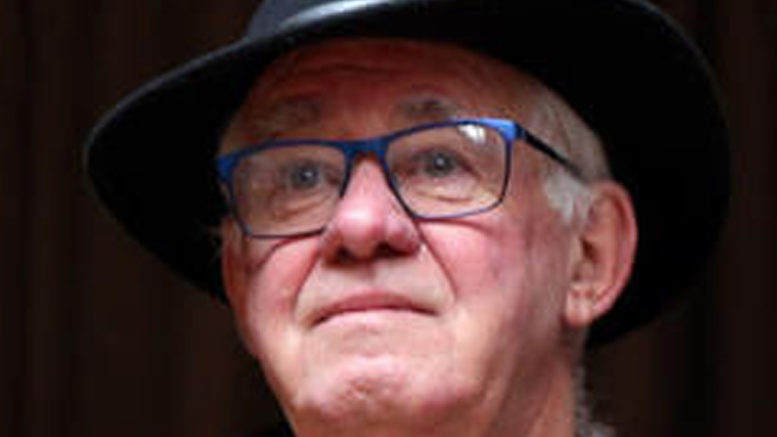 New Zealand’s role in the passing of UN Resolution 2334 in December 2016 appeared to unleash a wave of anti-Israel bias in the New Zealand media. Particularly disturbing were examples of classic anti-Semitic conspiracy theories appearing in opinion pieces.

The latest appears courtesy of “self-directed student of geography and traveller,” Fred Frederikse (pictured) in the Wanganui Chronicle, available online to a wider audience at the mainstream New Zealand Herald website.

Frederikse attempts to build a picture of a sinister web of people of American citizenship or origin working for the benefit of Israel and the “US military-industrial complex.” And what do all of these people have in common?

They are all Jews.

Frederikse sets the tone in the opening paragraphs as he highlights a perceived social link between Jews from around the world:

According to Wikipedia, Jewish geography is a popular “game” sometimes played when Jews meet each other for the first time and try to identify people they know in common.Fred Frederikse

Then the first person in this Jewish network is:

David Friedman, the new US ambassador to Israel is an orthodox Jew from New York, a bankruptcy lawyer and a business associate and personal friend of President Donald Trump.Fred Frederikse

Friedman’s extensive links to Israel are described in detail before Frederikse moves on to:

Ron Dermer, the Israeli ambassador to the United States, was born in Miami Beach where his father and brother were both mayors.

An orthodox Jew, Dermer moved to Israel in 1996 and gave up his American citizenship to become the Israeli economic envoy to the US before becoming Israeli ambassador there in 2013.Fred Frederikse

Frederikse “credits” Kushner with negotiating the huge arms deal between the US and Saudi Arabia. He writes:

Speaking in Riyadh, President Trump described the common cause of the US and Saudi Arabia as fighting the “threat” posed by Iran. There was no mention by Trump of the economic reliance of the US and its “fifty-first state” Israel on the arms trade. …

The Saudi arms deal was about providing work for the US military-industrial complex and had the blessing of Ron Dermer, David Friedman, Jared Kushner and Benjamin Netanyahu.Fred Frederikse

It’s hard to see exactly what Frederikse believes links Dermer, Friedman and Kushner to an arms deal except their American Jewish backgrounds. Is Frederikse insinuating the classical anti-Semitic trope of dual loyalty whereby Jews prioritize the interests of each other (and Israel) ahead of the interests of the states in which they live?

Or is it the case that Jews are the driving force behind the “US military-industrial complex?” Given the widespread concern within Israeli political and security circles at the US-Saudi arms deal, it’s clearly a stretch to suggest that it had the blessing of Benjamin Netanyahu.

In his final sentence, Frederikse arrives at the point of his opinion piece:

Iran is being used here as a convenient bogeyman by the US to justify the Saudi arms deal.Fred Frederikse

So if this is his conclusion, how and why did he reach it by way of highlighting the Jewish backgrounds of three political players (out of many) linked to or with access to the Trump administration?

Frederikse is entitled to his opinions, no matter how warped they may be. He isn’t, however, entitled to use true facts to reach false conclusions (one of our Eight Categories of Media Bias).

Perhaps Fred Frederikse has spent too long reading the notorious Tsarist anti-Semitic forgery The Protocols of the Elders of Zion. His nasty insinuations certainly sound like the makings of a classic anti-Semitic conspiracy theory that should have no place in a mainstream media outlet.