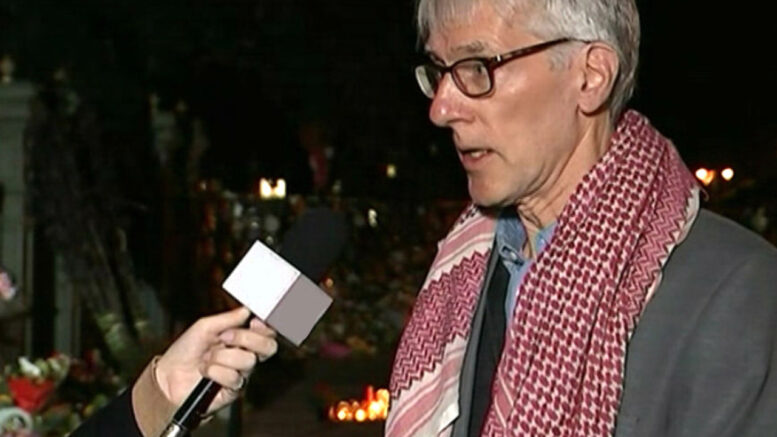 Professor Paul Hunt, the new NZ Human Rights Chief Commissioner, was interviewed on Radio New Zealand’s Saturday Morning show with Kim Hill. Hunt was on to peddle potential new hate speech laws; the HRC had long sought such laws to sanction “disharmonious speech targeted at the religion and beliefs of ethnic minority communities” as laid out in a 2017 document to the United Nations Committee on the Elimination of Racial Discrimination, only to have that effort forced onto the back burner.

According to Hunt, the Christchurch tragedy had put the organisation’s proposed restrictions to speech “back on the table”. Hill quickly reminded us why she’s the nation’s best interviewer by catching Hunt off-guard with a disarmingly simple challenge to the idea that speech laws would have prevented the atrocity. He had to concede that “I’m not saying [“hate speech” legislation] would have prevented Christchurch” before attempting to justify his want for more state control of speech with a long-winded and empty answer about “national shock” and “long-standing positions of the HRC” that really betrayed the commission’s ghoulish opportunism.

Earlier that morning, Hill had interviewed Jonathan Freedland, who spoke at length of antisemitism within the UK Labour Party and the egregious actions of its leader, Jeremy Corbyn. This was an important precursor interview because Hunt stood for the National Policy Forum of UK Labour as a pro-Corbyn socialist in mid-2018, just before becoming the Chief Human Rights Commissioner in New Zealand. Despite U.K. Labour suffering weekly racist scandals, there is no record of Hunt once condemning either Corbyn or the party.

Hill raised the issue with Hunt, focusing on Corbyn’s defense of a “Protocols of the Elders of Zion”-inspired public mural and asked Hunt if he would censure Corbyn’s “casual racism”. The question from a mainstream journalist was well overdue – with only David Farrer having raised similar concerns in a blog post at the time of Hunt’s appointment in October, 2018. A slightly modified transcript of the relevant part of the RNZ interview is below:

Prof Paul Hunt – I think that casual racism in all its forms needs to be called out.

– I think that he made a serious mistake in not condemning that mural sooner than he did. It took him far longer than it should have.

– But he didn’t not only condemn it. He said “whoa, what’s your problem”

– Yeah, it was a real problem

– But is that not casual discrimination, casual racism?

– It might well have been and I think that…

– And you put casual racism on a continuum to March 15th in Christchurch.

– Yes, I think that’s exactly how it works. We know from history that’s how it works. Just to explain, if I may, casual racism must be called out. Whether it’s articulated by Jeremy Corbyn or somebody else it tends to slip into stereotyping… [redacted for brevity]

– So as a matter of interest, did Jeremy Corbyn’s antisemitism – I believe you’ve just accepted that he has exhibited it – affect your support for him?

– Well, um, I don’t think I said that Jeremy Corbyn is antisemitic [emphasis added]. I think that…

– Hang on, ‘casually racist’ surely fits into the category of his response to that mural.

– His response was inadequate. I’m not going to defend Jeremy Corbyn.

– You are defending him because to call his response ‘inadequate’ is nothing near the kind of antisemitism you indicated he displayed.

– Antisemitism, as I’ve often argued, is totally unacceptable and when someone is guilty of casual racism they must be called out… [redacted for brevity]

– So does that exhibition of it on the part of Jeremy Corbyn affect your support for him?

– It casts an enormous shadow over my support for Jeremy Corbyn…

As expert an interviewer as Hill is here – reeling Hunt in and forcing him to decide if he will walk his talk or cover for the man he actively supported – the specificity of the charge may have allowed Hunt to think he could get away with his hypocrisy. Hunt wouldn’t condemn Corbyn nor declare him antisemitic, which was perhaps an easy side-step given the question related only to a single incident. But the mural is but one of literally hundreds (673 in 10 months reported earlier this year alone) of allegations of racism against Corbyn and his party, party members and supporters, as Hunt would’ve been well aware – and if he was unaware, then there are even more serious questions to be asked about the professor’s competence.

Hunt would have been aware of Corbyn’s historic connection to terror groups such as the IRA and his sympathy for xenophobic terror groups Hamas and Hezbollah that he infamously described as “friends” before castigating then UK prime minister David Cameron for recognizing them as terror organisations. In the same clip, Corbyn describes Hamas being labelled a terror group – a group with the stated aim of the destruction of world Jewry – a “big, big historical mistake”.

Hunt would have known Corbyn shared platforms with Holocaust denier Paul Eisen and blood-libel cleric Raed Salah whose deportation from the UK Corbyn blamed on the “Zionist Lobby”.

Hunt would have known of Corbyn’s paid appearances on Press TV, the propaganda channel of the despicable Iranian regime. During one appearance, Corbyn suggested Israel had been involved in a false-flag operation in Egypt and, in the same program, heard from a Hamas terrorist convicted for his role in the bombing of a cafe that killed 8 Israelis, about his time spent in an Israeli prison. The man’s crime was never mentioned on the show and Corbyn certainly didn’t question him on it.

Hunt would have known about Ken Livingstone, Jackie Walker, and the backlog of nearly 900 unresolved formal accusations directed at the party.

Hunt would have known about the treatment of Jewish MPs critical of the party’s handling of the crisis such as Margaret Hodge and Lucinda Berger who went as far as to lead a breakaway party in response to the party’s failure to take its deep-rooted antisemitism problem seriously.

Hunt would have known it all but was still comfortable seeking advancement in Corbyn’s party. And now, rather than definitively break from his past and take the opportunity to outright condemn Corbyn with Hill, he presented as obtuse and snakily avoided accounting for his association with one of the most overtly racist parties and leaders certainly in the Western world. And this subterfuge is happening during an interview in which he condemned “everyday racism” as a contributing factor to endangering minorities and promoted both himself and the organisation he represents as being fit to help determine what average New Zealanders can and can’t say.

While the New Zealand Chief Human Rights Commissioner has made it clear he will not be condemning the racism of his former party and its leader, the UK Equality and Human Rights Commission has opened an investigation into the UK Labour party. Let’s hope the UK equivalent of the HRC can be more balanced and objective than our shamelessly hypocritical new appointment.