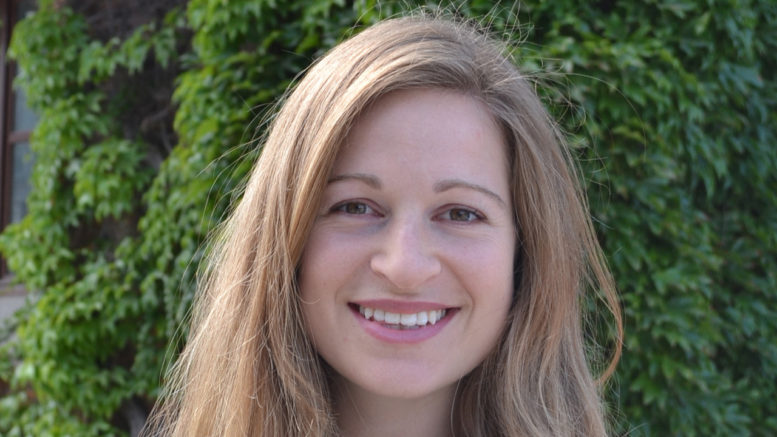 The following speech was delivered at an interfaith meeting organised by the Religious Diversity Trust by Deb Levy.

It is said that if you ask two Jews for their thoughts, you’ll get three opinions. We are a people of debate and discussion – this is what our holy books are comprised of, after all – and so it is no surprise that the political views of Jewish communities around the world are extremely diverse.

So in light of that, I cannot speak to all election issues with the confidence of representing Jewish New Zealanders. However, I can share some of the Jewish laws and ideals which have guided Jewish decision-making for thousands of years and share three important issues on which Jewish New Zealanders largely agree….except of course when we don’t!

I was asked how people of my faith approach the election. Interestingly, the most significant thing for us as people of faith is not actually who we vote for, but that we vote. From a religious perspective, the duty to create and support government is one of the few duties that Jewish law recognises for all, Jew and non-Jew alike (B.T. Sanhedrin 56a).

The Torah obligates Jews to be good citizens in the country they are in. Therefore it follows that the political notion of a social compact is very important in Judaism: by choosing to live somewhere as citizens, we bind ourselves to contract with that society. held, this social compact obliges Jews to honour the realm’s civil laws in exchange for the realm’s benefits and protection (comm. B.T. Bava Batra 54b).

On a personal level I always grew up with the message that I also had to vote for the generations of Jews who did not have the right to vote in the countries where they lived, including my grandparents who escaped from Nazi Europe.

Once elected, as a community we will pray for the welfare of the Government and leaders regardless of our own personal politics. There are references to this in our ancient texts and still today in synagogues all over the world, we pray for the welfare of our leaders. In my synagogue the congregations rises and we stand with our holy Torah scrolls and ask Hashem to bless “Our Sovereign Lady, Queen Elizabeth, Philip, Duke of Edinburgh, Charles, Prince of Wales, and all the Royal Family. The people of New Zealand, the Governor General, leaders, ministers and councillors and all those who work for the good and welfare of New Zealand.”

It is said that the Jewish nation is made up of the people, the book, and the land. Thus, I put to this forum that the top three issues of concern this election for Jews would be security, education, and Israel relations.

Saving and protecting lives through security is one of the core roles of any government. As we have seen terror attacks strike with increasing frequency around the globe, it has been pleasing to hear that New Zealand has invested more into the security forces over the past years and is reviewing legislation to keep us all safe. While we haven’t had a major incident, we need to work to make sure that remains true. A first step to this is keeping track of any hate-based crimes that do occur so they do not increase to extreme violence.

Perhaps Jews are more attuned to security needs because we are often the first targets and Jews are certainly disproportionately targeted around the world. For example, the latest statistics from Canada show that despite comprising only 1 percent of the population, Jews were subject to 38 percent of religiously motivated hate crimes; and in the USA and France Jews are victims of more than 50% of hate crimes despite also being a tiny minority of the population.

New Zealand doesn’t have such statistics because our Police do not record if crimes have a hate-based element to them. However, we have had a boy hit on the head and a Rabbi assaulted as well as regular hateful graffiti on community facilities. I have friends who will not put a mezuzah on their doorposts and male friends who refuse to wear a kippah in public in New Zealand for fear of courting hate.

Recording hate crime does not mean it is necessarily worse than other crime – the hateful beating of a minister, for example, is no worse than the opportunistic beating of any other person – but without records we cannot target resources effectively. It was very pleasing to hear that the Human Rights Commission, for example, is calling for Police reporting of hate-based crimes but we’re yet to hear any of our politicians engage with the issue. This election we need to ask what our politicians are going to do to ensure we are all safe, and safe to practice our religions without fear.

Why is this relevant to all of us as people of faith and not just Jews?

Jews are an interesting barometer for people of faith. How a country or organisation treats its Jews becomes indicative for how it treats other religious groups – especially religious minorities. I had this pointed out to me many years ago by a Coptic Christian who had seen this play out in Egypt.

There is an infamous jihadi saying in the Middle East in relation to this, “First the Saturday People, then the Sunday people.” Which covers Jews and Christians, however the biggest number of fatalities suffered at the hands of ISIS, Al Qaeda and other Islamic terrorism are Muslims. This is something that effects all of us as people of faith.

Education
Second to the sanctity of life in Judaism is the sanctity of education. We see this from the beginning of our first holy book – when Adam and Eve choose knowledge over paradise.

It is a Torah commandment to educate one’s children, though one who cannot personally fulfill this obligation may delegate the honour to a teacher or school. Education is discussed in details in Jewish sacred texts, including ideas such as starting school at 6 years old and limiting class sizes to 25 students (or getting at teacher aid if the numbers exceed 25). Historically, there was also a focus on women being educated in the Torah laws and being involved in the education of the children which also led to an educated population.

Jewish views on education in this century have also been influenced by the huge number of Jewish refugees displaced during the last century from the middle-east, Europe, and Africa. For many of these refugees, then only thing they could take with them was their education. Growing as the granddaughter of refugees, I was regularly told how important it was to get an education “because no one can take away your education”.

And so education has always been a topical political issue for Jews.

OECD statistics make New Zealand look very good in education – 92% of four year olds, for example, attend early childhood education and we have one of the best ratios of teachers to children at that level. We also have a substantially larger expenditure on education when compared to other OECD countries.

While these figures are encouraging, a 2016 Unicef report showed the educational gap between “average” children and those from poor families ranks New Zealand 35th out of the 41 OECD countries – the gap is large and widening. This needs to be addressed as an investment in our future country and requires more than just money – as we already spend a relative fortune on education. It requires a focus on valuing education and encouraging whanau support for children to keep them learning outside the classroom.

Israel relations
Just before Christmas, Murray McCully delivered a surprise that shocked the Jewish community and many Christian communities. His acting on our behalf to co-sponsor UNSC resolution 2334 along with Malaysia, Senegal, and Venezuela was deeply concerning.

We are grateful that the ambassador has returned and the relationship between our small, isolated, and democratic nations has been restored. However, the wound is deep. It is not because New Zealand condemned the settlements – Jewish views are mixed on that subject – but because resolution 2334 designated Judaism’s holiest site – the Temple Mount – as “Palestinian territory” and unfairly blamed Israel for the conflict.

Israel is the only democracy in the Middle East and the only nation that has allowed all religions to access their holy sites. There are really concerning trends in the region. In addition to the desecration of holy sites there are other issues in terms of discrimination persecution. For example, the Christian population in Bethlehem and the surrounding villages was 86 percent Christian but since the administration of Bethlehem moved from Israel to the Palestinian Authority in 1995, the Chrsitian population has dipped to just 12 percent.

Disregarding the Jewish connection to the Temple Mount has worrying implications for all communities of faith. If the holiest Jewish site was so easily disregarded, then what are the implications for other holy sites?

What are the implications for other communities? After all, as Pastor Martin Niemoller wrote:

The relationship with Israel is important to us as people of faith, but it should be important for New Zealanders. New Zealand doesn’t have many like-nations in this world. Along with Israel, New Zealand is arguably one of only six small democratic nations with advanced economies. In 2012 New Zealand initiated a gathering with Ireland, Finland, Denmark, Israel, and Singapore to learn from other countries who are punching above their weight.

Judaism’s wisdom tradition teaches that “You do not need to finish the work, but you are not free to desist from it” (Rabbi Hillel). Maybe no single election will fix the nation’s fate, but every election is important – and Judaism’s value of collective action mandates that we all pitch in. So my main message to you is that as people of faith – the most important thing is not who we vote for, but that we vote and encourage others to do the same.